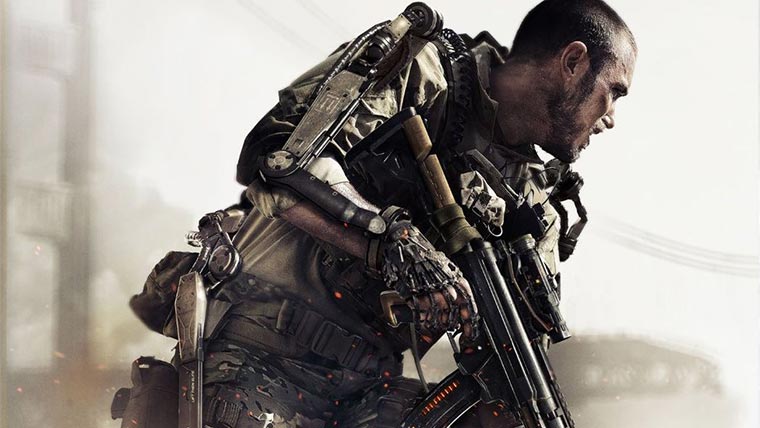 We all know by now the Activision has the next installment in the Call of Duty franchise set to come out later this year — November 4, to be precise. We also know that Electronic Arts has the next Battlefield game coming out this year as well, but just a couple weeks before Call of Duty. Hardcore fans know that Call of Duty is Call of Duty, and Battlefield is Battlefield, and never the twain shall meet — except when one is consistently accused of being a cheap rip off of the other, and vice versa. For the latest games, those arguments couldn’t be any farther from or closer to the truth.

Both games are distancing themselves somewhat from the action found in the previous franchise installments. Call of Duty: Advanced Warfare has a very clear difference from the previous Modern Warfare moniker, and it shows in the gameplay. Taking place forty years in the future, Advanced Warfare features loads of high-tech military gear that the studio had futurists help imagine up.

Soldiers will be loaded out with grenades that can function as ordinary frags, homing bombs, or remote sensors that locate enemies. They’ll have exo-suits to enhance their strength and send opponents flying with melees, as well as jump-jets for boosted jumping, safe falling from heights, and quick jukes from side to side. Let’s not forget full mech suits, hoverbikes, and something that looked like it was definitely a laser gun. There will also be plenty of new, larger war machines, including a tank that walks on four legs, new helicopter concepts, and swarms of drones.

While Call of Duty jumps forward in time to create a new game, Battlefield Hardline actually shifts what the whole game is about — at least in a sense. While the previous Battlefield games focused on matters of military and war, Hardline will embed players in a very different war — the war on crime. It will essentially be the most advanced version the childhood game Cops and Robbers that anyone has ever played.

The new game will feature an assortment of guns, grappling hooks, ziplines, tasers, tear gas, riot shields, and even baseball bats. Naturally, it will include the levels of environmental destruction that Battlefield has come to be known for, but it will do so in different settings, likely focused far more on fighting inside large cities and the massive buildings within. Though it’s not the same kind of war seen in previous games, gameplay footage shows that it will definitely be high-octane action and setting will be worthy of being called a battlefield.

So, with one game leaping into the future and remaining focused on war and the other staying in the present — more or less — and focusing on crime, it seems fans will finally be able to lay to rest claims that one is copying the other. Or that would be the case if it weren’t for the single-player campaign. Though the campaigns naturally have to be very different to fit into the two distinct game worlds, they both share one striking similarity that tracks straight back to the space horror Dead Space.

This is were things get sticky. Schofield and Condry were there at Visceral Games for the creation of Dead Space, but their departure and formation of Sledgehammer Games hasn’t gotten rid of the studio. In fact, it’s still a part of Electronic Arts, and as fate would have it, Visceral Games is responsible for the single player campaign of Battlefield Hardline. So, both games are making the claims that their single-player stories are being crafted by the people behind Dead Space, and neither side is wrong.

Though both games will surely have very different stories, as the circumstances of their games require it, this matter will likely only add to the fuel the drives the hate between CoD fans and BF fans.

See the video on Call of Duty: Advanced Warfare below.