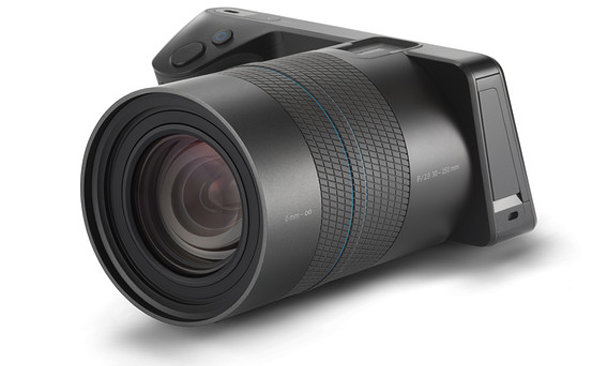 Camera company Lytro is trying to make its new camera, the Lytro Illum, appeal to the “prosumers” — the people who take photos for a living or serious hobbyists. Lytro made this decision after realizing that the customers buying the company’s previous camera were made up of this audience, Chief Executive Jason Rosenthal told the New York Times.

“We realized that our core audience was photographers, not just everyday people,” Jason Rosenthal, Lytro’s chief executive, said in an interview in San Francisco. “Photographers want control of their photos and the new Lytro — with the new hardware and new software — gives them control over every aspect of the image.”

While it’s not even been released yet, the camera could be competition to the Sony, Canon, and Kodak DSLR cameras many pros currently favor. Here are a couple factors that make this camera unique.

For those readers that don’t speak in photographer jargon, an aperture that low means the camera lens lets in more light than most cameras. Usually for it to be that low, the purchase of an additional lens is needed. That means the camera can be used in situations where the light is minimal without it looking too dark. This can also be a disadvantage in very sunny situations, making it easy for shoots to come out overexposed on a very bright sunny day.

One of the hassles of photography is constantly switching lenses, especially when you want to get something in wide, mid-rage and close-up shots. The lower end of the lens, 30mm makes for a decent attempt at a wide angle shot. (Some wide angle lenses start as low as 10mm for reference, but are more commonly around 15-17mm at the lowest.) At the opposite end of the spectrum, that 250mm will allow photographers to get closer shots of further away subjects, making it a good option for a press conference or nature photography.

3. The backend has a touchscreen.

This feature is more proof that touchscreens are becoming more commonplace. Usually the viewer screen in the back of a digital camera is not a touchscreen, but it’s showing up more and more on cameras and other devices as the technology becomes more common.

If this price sounds high, that is because it is higher the base price of many Sony, Canon, or Nikon cameras used by professionals. However, as this price covers the camera and lens, it may be worth the investment.

While the Lytro Illum is still pending release it, it is difficult to tell how it will affect camera sales, but the entry of a professional level Lytro camera means that Sony, Canon and Nikon potentially have a new competitor among the professionals and serious hobbyists who keep them in business.