Nintendo, we need to have a talk. You’d better sit down because this won’t be easy for you to hear. Ready? Here goes: To people who don’t closely follow the video game industry, your product lineup is hella confusing. It’s too late to change anything now, but you can make changes going forward.

The latest development in Nintendo’s brain-busting console and handheld product lines is that, in Japan and Australia, Nintendo has released two versions of the New Nintendo 3DS: a standard one and a bigger “XL” model.

In the U.S., the company only released the XL version of the New 3DS, leaving many customers to wonder why we didn’t get the normal version as well. After all, the normal one is a reasonable size, and it lets you swap out its faceplates, which means you can customize the look of your device in a way that’s appealing to many gamers.

Why didn’t the U.S. get the standard-sized New 3DS? In an interview with Nintendo Life, Damon Baker, senior manager in marketing and licensing, said Nintendo made the decision to avoid confusion. Sorry to break it to you, Nintendo, but that ship sailed long ago.

The past 10 years spells out a storied history of confusing hardware releases from Nintendo. Let’s start with the Wii, which Nintendo released in 2006. This system sold in incredibly high numbers, moving over 100 million units in its lifetime. That’s a great number for any console, so Nintendo followed the Wii by releasing the Wii U in 2012. 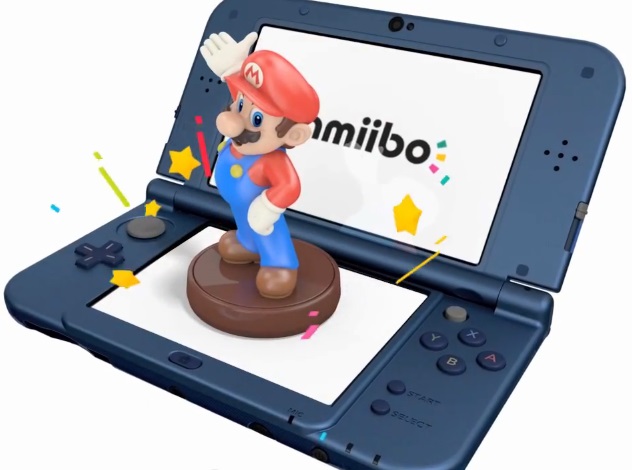 And just like that, we already have confusing hardware. The problems became apparent immediately after Nintendo announced the Wii U, when many people who watched the presentation didn’t realize Nintendo had just announced a new console. All Nintendo showed during the announcement was the Wii U’s GamePad controller, which led some people to assume that it was just another peripheral for the Wii.

The name didn’t help, either, because it’s easy to miss the blue and white “U” in the logo, which otherwise looks exactly the like the logo for the original Wii. And to make matters worse, aside from the GamePad, the two systems both use standard Wii controllers and “Nunchuck” attachments.

Sorting through the confusion between the Wii and the Wii U is a marketer’s dream compared to the similarities between Nintendo’s far too frequently released handheld devices.

To get to the bottom of the issue here, let’s go back to the Nintendo DS, which first appeared in 2004. In the following years, Nintendo would release three additional versions of the DS: the sleeker DS Lite (2006), the online-capable DSi (2008), and the larger online-capable DSi XL (2009). These various DS versions could be confusing, but they all played the same cartridges, which kept things fairly manageable.

Then Nintendo released the DS’s successor in 2011, the Nintendo 3DS. Just like the problems some people had differentiating between the Wii and the Wii U, it took many customers a while to realize that the 3DS was a whole new system.

And just like with the original DS, Nintendo piled on new versions of the 3DS, only this time they were even more confusing. In 2012, the year after the 3DS came out, Nintendo released the larger 3DS XL. Then, in 2013, it released the Nintendo 2DS, a cheaper version of the system with a totally different form factor, that was missing the original system’s marquee feature: the 3-D screen. To be clear, the 2DS plays 3DS games, but without the 3-D functionality. There’s no such thing as a game you can only play on a 2DS. 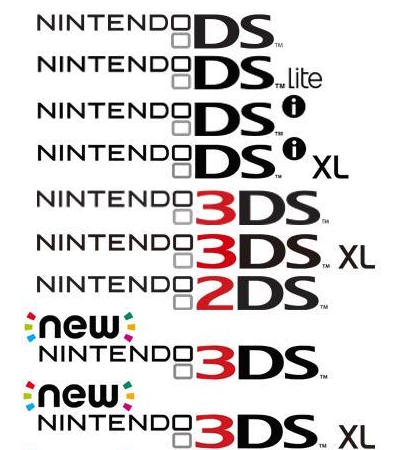 As if that weren’t enough to tie customers’ minds in knots, Nintendo has now released the New Nintendo 3DS XL, bringing the number of distinct systems in the “3DS family” to four. The New 3DS XL isn’t the 3DS’s official successor, but it does have a faster processor than its siblings, along with three extra buttons and a better 3-D effect.

Making matters worse, the New Nintendo 3DS XL will be able to play at least one upcoming game that will not work on the other 3DS systems. The game is Xenoblade Chronicles 3D, and it’s probably safe to assume it won’t be the last title that will only work on the New 3DS.

What we’re looking at here is a snake’s nest of very similar products with very similar names that Nintendo fails to differentiate in average customers’ minds. It’s as if the company has no overarching strategy and just releases a new device whenever someone at the company gets an idea of what to add or subtract from the system.

Which brings us back to Nintendo’s decision not to release the standard-sized New Nintendo 3DS in the U.S. If Nintendo really thinks it’s saving any customers from confusion by withholding this one device from this one market, it’s even more out of touch than I thought.