Once Again, Microsoft Rethinks $400 Xbox One

If you follow the video game console market, you might think Microsoft is slightly nuts with all the backpedaling, flip-flopping, and decision-reversing the company has done over the past two years. Its latest U-turn is a $50 cut to the retail price of the Xbox One, bringing the console without a Kinect to $350, effective January 16. If you feel a little deja vu, that’s because the company did the exact same thing in November, in a sale that lasted until January 4.

It doesn’t take a mathematician to see that the system was only back to the $400 entry point for a laughably short period of 12 days in January. If you happen to have bought an Xbox One during that time, you’re out of luck — or rather, out $50. The company insists that the current sale price is also temporary, but hasn’t announced an end date.

Why Microsoft bothered ending the sale price for such a brief amount of time is anyone’s guess. Maybe the company wanted to follow through on the original promise that the holiday price cut was temporary. Maybe Microsoft got cocky with its holiday sales momentum and underestimated the slowdown an extra $50 on the retail price would cause. Or maybe Microsoft realized that to get the best games on its system — which it seems in peril of losing — it needs to catch up to PS4’s install base as quickly as possible.

Seeing as the Xbox One’s price is back to $350 as of January 16, whatever reasons Microsoft had to raise the price on January 4, apparently weren’t very good. By way of explanation, Xbox corporate vice president of marketing Michael Nichols told Polygon in an interview, “Looking at just how much engagement there was over the holidays with usage of the system and the advocacy from our fans, led us to do a new promotion.”

Regarding the surge in holiday sales, fueled in large part by the price cut, Nichols said, “The results were staggering, it was a terrific response to the changes we made.” 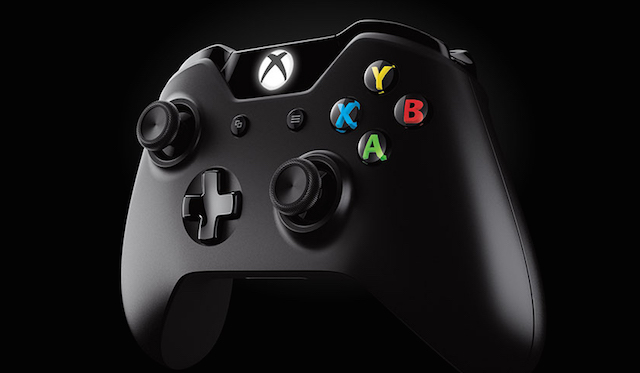 To me, it seems clear that best chance Microsoft has to catch up to the PlayStation 4’s wide lead is to make the price drop permanent. But Microsoft has had a history of changing course during the short lifetime of the Xbox One, so it’s unclear how the pricing will shake out over time. To place this current sale in the proper context, let’s take a look at the company’s many decision reversals over the past year-and-a-half.

Microsoft’s first Xbox One turnaround was its biggest. The vision Microsoft laid out during the Xbox One’s unveiling was for an “always connected” device that operated as the central hub of your entertainment center, with the Kinect detecting gestures and voice as a primary control input.

It turned out that Xbox’s biggest fans just wanted to play games, and Microsoft’s ideas about the future of gaming — a console that had to “check in” daily and limited the use of used games — were not exactly consumer-friendly. The outcry was loud and immediate, leading Microsoft to pull back on many of its original plans.

Sony capitalized on Microsoft’s bad publicity by assuring fans that the PlayStation 4 would be pretty much just like the PlayStation 3, but more powerful. Also, since it didn’t have a Kinect-like peripheral bundled with it, the console debuted for $400, which was $100 less than the Xbox One at that time. This was music to gamers’ ears, leading the PS4 to largely dominate the charts since its 2013 release.

Microsoft’s next reversal was part of an effort to level the pricing playing field. In May of 2014, the company released a version of the Xbox One without the Kinect that matched the PS4’s price of $400. But the die had been cast, and the PS4 continued to eat Xbox One’s lunch for months to come.

The next big action Microsoft took was to offer a $50 discount on both models of Xbox One (with Kinect and without), during the November and December holiday selling season. Now you could get an Xbox One for $50 less than a PS4, and many retailers further dropped the price during sales of their own. Finally, this worked. In November and December, the Xbox One outsold the PS4 in the U.S.

Which brings us to the on-again-off-again sales of January 2015.

It’s no secret that sales momentum had been hard to come by for Microsoft, as proven by its struggles against the seemingly unstoppable PS4 throughout most of 2014. Now that Microsoft has finally achieved some respectable momentum in November and December, it needs to keep it going.

My guess is that the Xbox One’s two-week price increase in January put a dangerous halt on that momentum. That’s why Microsoft cut the price again. If it plays its cards right, maybe Microsoft can regain that momentum in the back half of January.

But make no mistake: The PlayStation 4 is still winning big in this generation’s console war. Microsoft may have won the 2014 holiday battle in the U.S., but there’s no way it caught up to Sony’s install base in just two months.

This war will be a long one, waged throughout the rest of the decade. The holiday seasons offer great opportunities for both companies, but each company needs to fight to maintain its momentum throughout the rest of the year. If Microsoft keeps the starting price of the Xbox One at $350 permanently, it may just have a chance of catching up by 2016.