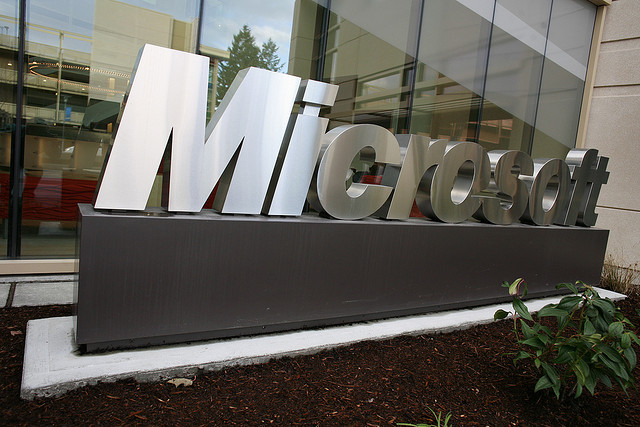 Microsoft (NASDAQ:MSFT) and Google (NASDAQ:GOOG) recently offered some good news and bad news, respectively, for email users concerned about the privacy of their data. On Friday, Microsoft announced an email privacy policy change after it was widely criticized for snooping in the Hotmail inbox of a reporter who had leaked several early screenshots of Windows 8. Although Microsoft’s actions were permissible under its terms of service, the software giant was criticized by privacy advocates and others for its unilateral decision to invade the privacy of one of its email accountholders. However, the company has taken the criticism to heart and recently announced that it would be implementing changes to its terms of service.

“Effective immediately, if we receive information indicating that someone is using our services to traffic in stolen intellectual or physical property from Microsoft, we will not inspect a customer’s private content ourselves,” wrote Microsoft general counsel Brad Smith in a blog posting on Friday. “Instead, we will refer the matter to law enforcement if further action is required.”

Under Microsoft’s previous terms of service, the company was allowed to “access, disclose, or preserve information associated with your use of the services, including (without limitation) your personal information and content” in order to “protect the rights or property of Microsoft.” Now, instead of acting on its own, the company will “rely on formal legal processes for our own investigations involving people who we suspect are stealing from us.”

Besides promising to increase privacy protections for its customers, Microsoft is also convening a meeting of privacy advocates and various other stakeholders in order to “identify potential best practices from other industries and consider the best solutions for the future of digital services,” wrote Smith. According to Microsoft, well-known digital rights group Electronic Frontier Foundation will be a key participant.

In the same week that Microsoft announced a revision to its privacy policy in response to criticism, Google revealed that governments have stepped up their requests for user information. In a company blog posting, Google legal director Richard Salgado noted that “Government requests for user information in criminal cases have increased by about 120 percent since we first began publishing these numbers in 2009.” This is the ninth transparency report that Google has released in its effort to increase customer awareness about the privacy of their data.

Although Google acknowledged that its user base has increased during the last four years, the Internet search giant also noted that “we’re also seeing more and more governments start to exercise their authority to make requests.” Some of these requests for personal data are overly broad in Google’s view, and the company pointed out that it has consistently pushed back against those types of requests. Google outlined its process for handling government requests for user data in a video that can be seen above.

Google also noted that it was fighting to publish more information about National Security Letters and FISA (Foreign Intelligence Surveillance Act) court requests.  “You deserve to know when and how governments request user information online, and we’ll keep fighting to make sure that’s the case,” wrote Salgado.