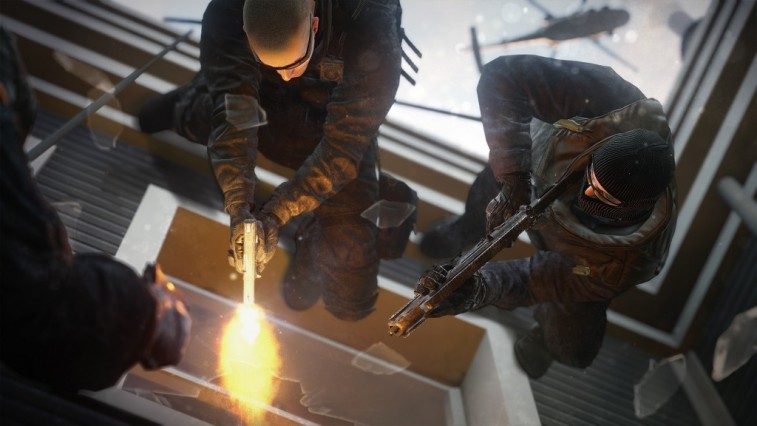 Fans of the first-person shooter have a lot to look forward to this year. Halo 5 is finally coming out in late October, Call of Duty: Black Ops III is hitting in November, and then there’s Tom Clancy’s Rainbow Six Siege coming at the front of the pack with an announced release date of October 13. While all the action is going to present as much fun as any of us can handle, Rainbow Six Siege stands to be the one that offers the best mental workout while you play, and it could make the every other shooter look boorish and unrefined.

Rainbow Six Siege looks to be a little bit Counter-Strike, a little bit Battlefield, and a lot of fun. From what has been shown so far, the game will focus on 5 v 5 matches that pit terrorists against counter-terrorists — the elite squad known as Rainbow and composed of ex-members of GSG9, Spetznaz, SAS, SWAT, and GIGN. Unfortunately the terrorists seem to have similar military experience. Previews mostly have shown off hostage scenarios, but new game modes are expected, and Terrohunt was shown off at E3.

If this is all sounding terribly like Counter-Strike so far, that’s because it is very similar. Both games emphasize gun skill, teamwork, and tense balance of speed and cautious patience. But then there’s the destructible environments. Doors, walls, enemy-placed barricades, and floors can be blown away with explosives and hammers — though maybe not to the extent everyone is hoping. A bullet hole that would be a simple digital decal in any other game can become a tactical peephole in Siege. And this is where things go from simply high action to high intelligence.

Serious gamers, and smart Counter-Strike players will be familiar with the need to move as a team and communicate frequently what everyone is doing and seeing. Rainbow Six Siege will challenge players to communicate, work together, and plan every second of every round. Teams will have to pick their initial spawn point with a plan in mind. For the first 20 seconds of the match, defenders will have to anticipate how attackers could approach and figure out how they want to set up to thwart them. Meanwhile the attackers spend that time gathering intelligence with small, rolling robots, which help find out where the enemies and mission objectives are.

A failure to plan and coordinate can lead to easily penetrable defenses, or being forced to enter the danger zone with no tactical information. Doubling the important of careful use of the little robots is the fact that they double as cameras for any dead players that can be used to give teammates an extra set of eyes. Dead baddies similarly have to keep playing after they die by watching perimeter cameras to help allies know where attackers might be breaching. 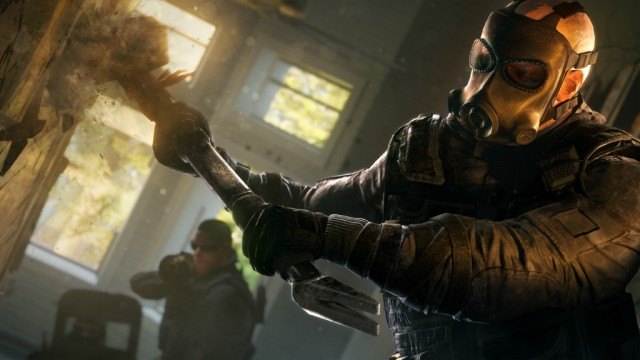 On top of all the necessary planning, coordinating, and communicating from beginning to end and the ability to get creative about how to attack and defend, Siege throws in a rock-paper-scissor style class system with a starting set of 20 characters — called “operators” — with unique skills to get a tactical edge in battle. Teams can carefully pick character combinations to aid in strategies of their own conception.

If it sounds complicated, that’s because it definitely will be. Sure, some players may be able to run-and-gun all day, or play lone wolf, but that’ll only fly for so long. When things get competitive, the brain game and team work will matter just as much as a players ability to aim, shoot, rinse, and repeat.

So, how are the other shooters going to stack up? Odds are they probably won’t. Sure, Halo 5 and Black Ops III are going to be great fun, but Siege stands to be an entirely different class of fun that will reward you as much for skill as for cunning and creativity. Good FPS players going alone against a decent defense are probably going to find themselves dead, or worse — on the floor, bleeding out, and acting as a trap to lure teammates into the carefully planned line of fire that got the lone wolf shot in the first place.

Few games can credit themselves with demanding as much cunning from their players, and if Siege lives up to the hype, many games might need to get smarter. Counter-Strike is close, but lacks the classes, destruction element, and the same degree of planning. With Siege coming for consoles and PC, the audience has the potential to be massive, and players may find less cerebral shooters less satisfying. The danger is real.

For those that want a taste for themselves, Ubisoft is offering a closed beta signup here. Folks who pre-order the game will also get guaranteed Beta access. So far, the only obvious problems with Siege is that it will require Ubisoft’s proprietary Uplay client (Face it, Ubisoft, PC gamers hate anything that’s not Steam.), and that it’s going to use the irksome Season Pass formula to get extra money from gamers as it pushes out DLC and expansions. None the less, plenty of reason for gamers to be excited for now, and plenty more reason for other shooters to be concerned.

Tweet me at @wallstMarkSheet or comment to let me know what you think, or tell me about any other great tactical shooters that might make the grade. And if you haven’t looked up any Siege gameplay footage, do yourself a favor.