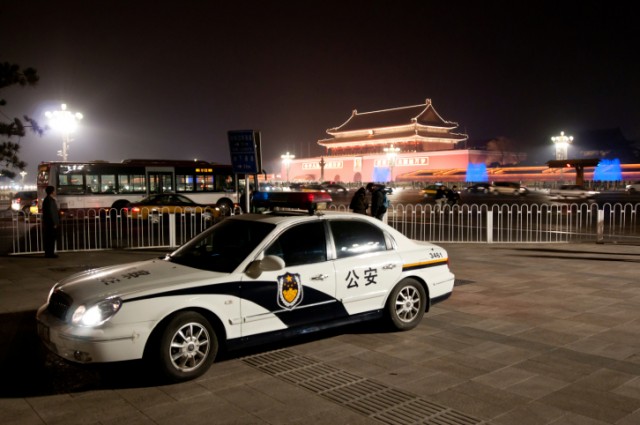 Well-connected Apple (NASDAQ:AAPL) researcher Sonny Dickson claimed that the Cupertino-based company has asked Chinese authorities for their help in catching people who are leaking information about the iPhone 6, in a tweet spotted by MacRumors. In another tweet, Dickson stated, “There are about 200 security officers trying to catch those who dare to sell i6 accessories.”

In 2013, Dickson established a reputation as a reliable source for many of the iPhone 5S and iPhone 5C leaks that emerged before Apple had officially released the devices last September. While some of the leaks revealed by Dickson last year were merely images of purported iPhone parts, he was apparently also able to obtain many genuine components for Apple’s unreleased devices. As noted on his official blog last August, Dickson acquired “a variety of ribbon cables and components, including the entire intact casings, vibration motor, audio jack, SIM trays, the front and rear cameras, the mounts to attach all of the components to the casing, and more.”

However, for better or for worse, there has been a noticeable dearth in iPhone 6 component leaks this year. Most of the leaks have involved intangible information about Apple’s next-generation smartphone, rather than actual images of iPhone 6 components. For example, multiple media outlets have cited insider sources that have claimed Apple’s iPhone 6 will be available in two larger screen sizes of 4.7 and 5.5 inches.

After an image of what was alleged to be an LED backlight for a 4.7-inch iPhone 6 LCD display was posted on Chinese microblogging website Weibo last week, Apple Insider noted that it was only the second major production part leak to emerge from Apple’s supply chain this year, besides a previously leaked image that purported to show a front panel assembly for the same device. However, the third major leak may have happened this week when Macfixit Australia posted an image of what its contact in China claims is the rear casing for an iPhone 6.

While it is unknown if the relatively low number of component leaks is related to Apple’s appeal to Chinese authorities for increased security, it should be noted that Apple is a notoriously secretive company when it comes to its future product plans and this would not be the first time that the company has taken drastic steps to prevent leaks about its products. As noted by MacRumors, in 2005 Apple sued ThinkSecret — a well-known Apple rumor site — over “information about unreleased Apple products” that the site had leaked.

In another infamous incident in 2010, Gizmodo journalist Jason Chen had his house raided and his computers confiscated after Apple told the authorities that he had illegally acquired a prototype of the iPhone 4. More recently, Apple forced Digital Music News to remove a leaked copy of an iTunes Radio contract from its website based on a copyright claim.

While Apple has a long history of taking legal action against leakers in the U.S., Dickson’s allegations suggest that the company is also taking legal action against overseas supply chain workers that leak information. However, in a follow-up post on his official blog, Dickson revealed that his comments were more speculative than originally indicated. The “200 security officers” that he referred to were actually involved in one specific raid on a notorious electronics black market center that sells both real and fake devices, many of which have been smuggled from Hong Kong. However, he pointed out that “Apple may have had a role in this raid, since Apple have the ability to track all serials & activations between HK and China.”