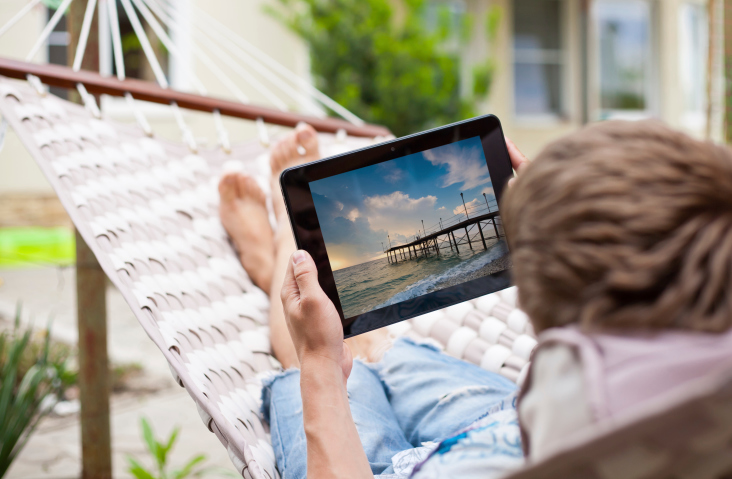 According to unnamed sources who spoke to 9to5Mac, Apple (NASDAQ:AAPL) is “likely” to bring a split-screen multitasking capability to iPad with iOS 8. The feature would let users “run and interact with two iPad applications at once.” It would only work in landscape mode, with a dividing line separating the two apps. It is being designed with the full 9.7-inch iPad display in mind, so the feature may not be available on the smaller iPad Mini.

If the rumor is true, this would be a major update to iOS, which currently only allows apps to appear one at a time and in full-screen mode. A split-screen multitasking mode would make a lot of sense, particularly for anyone who uses their iPad for work or school. Imagine writing a report on one side of the screen and accessing relevant spreadsheets on the other, or reading a textbook on one side and taking notes on the other.

Should this rumor come to pass with iOS 8, it won’t make the iPad the first tablet to offer such a feature; Microsoft’s (NASDAQ:MSFT) Surface tablet can run two applications at once in the same way. This has helped the Surface build a reputation for being more “work friendly,” while many people consider the iPad best suited for consuming media and playing games.

Unfortunately for Microsoft, that reputation hasn’t stopped people from buying iPads, nor has it nudged many people to buy Surface tablets. As of the end of last year, according to the research firm Gartner, Microsoft only had a 2.1 percent share of the tablet market, while Apple had 36 percent. If people come to view the iPad as equally work friendly as the Surface, more companies might be swayed to buy iPads for their employees over Surface tablets, especially since Office is now available for iPad. That would spell especially bad news for Microsoft. Android, which holds nearly 62 percent of the market, has no similar multitasking feature.

Apple has been slow to add multitasking capabilities of any kind to iOS, although they’ve made big strides from where they started. The early versions of iOS didn’t have any kind of multitasking beyond a few basic background processes Apple used in their own apps. But the company has eased into the feature gradually over the years. Currently in iOS 7, developers can enable certain multitasking features like audio playback, driving directions, and background updates, but it’s still impossible to view and use two apps onscreen at once.

Further, 9to5Mac also reports that Apple will introduce new development tools that will allow app makers to let their apps interact with other apps in a more robust manner. “For example, a user may be able to drag content, such as text, video, or images from one app to another.”

With no official announcement expected until the keynote presentation at Apple’s Worldwide Developers Conference on June 2, the split-screen multitasking feature remains a rumor. Also, 9to5Mac notes that it may still be pushed back to iOS 8.1 or cancelled altogether. But if it does come to pass, and it adds significant functionality to the iPad, it could be good news for iPad owners — and for Apple’s bottom line.