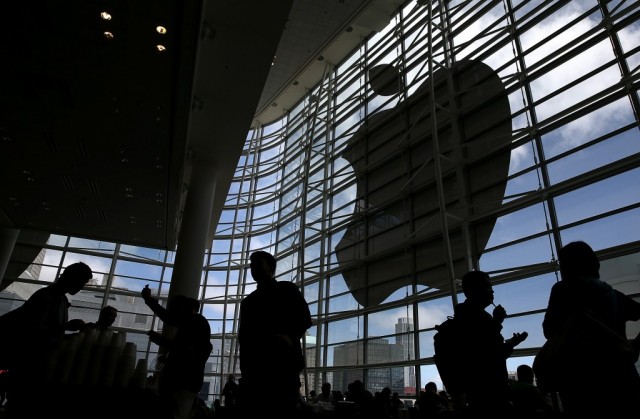 Russia’s government has asked Apple (NASDAQ:AAPL) and enterprise software company SAP (NYSE:SAP) to share its software source codes in order to ensure that the two companies’ products are not being used as surveillance tools by foreign governments, reports Reuters. Russian Communications Minister Nikolai Nikiforov made the request in late July during a meeting with Apple’s general manger in Russia Peter Engrob Nielsen and SAP’s managing director in Russia Vyacheslav Orekhov.

“Edward Snowden’s revelations in 2013 and U.S. intelligence services’ public statements about the strengthening of surveillance of Russia in 2014 have raised a serious question of trust in foreign software and hardware,” said Nikiforov in a statement obtained by Reuters. “Obviously, companies which disclose the source code of their programmes are not hiding anything, but those who do not intend to establish cooperation with Russia on this issue may have undeclared capabilities in their products.”

Russia is not the first country to express concerns about the possibility that Apple’s products are being used to enable the U.S. government’s spying efforts. Apple and other U.S. tech companies have come under increased scrutiny by foreign governments following the exposure of the NSA’s electronic communications surveillance programs by former NSA contractor Edward Snowden last year. Earlier in July, Apple’s iPhone was described as a threat to national security by China’s state-run China Central Television (CCTV), due to its location-tracking features, according to Reuters.

Like the allegations made by CCTV, Russia’s suggestion that Apple is involved in the U.S. government’s surveillance programs comes against a backdrop of increasing political tension between the two countries. China made its iPhone surveillance allegation soon after the U.S. Department of Justice indicted five Chinese military officers for computer hacking. Similarly, Russia’s demand for Apple’s source code comes after the U.S. implemented new economic sanctions against three Russian banks over the country’s involvement in the ongoing conflict in Ukraine, reports Reuters. In this sense, Russia’s demand for Apple’s source code may be more about retaliating against the U.S. government than it is about actual surveillance concerns. As one of the most well-known American tech companies with an international presence, Apple makes an easy high-profile target for foreign governments that want to express their displeasure with the U.S. government’s actions.

On the other hand, Russia’s demand for both companies’ source codes does have some precedence. According to Reuters, Russia’s communications ministry noted that Microsoft (NASDAQ:MSFT) has shared its Windows operating system source code with the country’s government since 2003. Russia’s demand for Apple’s source code may have also been sparked by security researcher Jonathan Zdziarski’s recent report about alleged backdoor services in iOS.

While Apple and SAP have yet to officially respond to Russia’s request, most industry watchers believe it is unlikely that either company will share its source codes. Although Russia’s communications ministry suggested that companies that refused to share its source codes would not be used by government or state-run institutions, neither Apple or SAP has essential business interests with Russia’s government.

“Both Apple and SAP have significant, but not critical, business in Russia,” Technology Business Research analyst Ezra Gottheil told TechNewsWorld. “Preventing the purchase and utilization of their products in the country would raise difficulties internally in Russia, [but] I believe both businesses can withstand loss of the Russian government as a customer.”

With products that are primarily geared toward everyday consumers, Apple may be especially unconcerned about the Russian government’s threat to stop using the company’s products in official capacities. Although Russia’s government may be wary about using Apple’s products, it appears that Russian consumers have embraced the iPhone. CEO Tim Cook highlighted Apple’s strong iPhone sales in the BRIC countries (Brazil, Russia, India, and China) during the company’s last quarterly earnings report by noting that iPhone sales were up 55 percent year-over-year. For this reason, Apple is most likely to say, “Nyet” to Russia’s source code request.