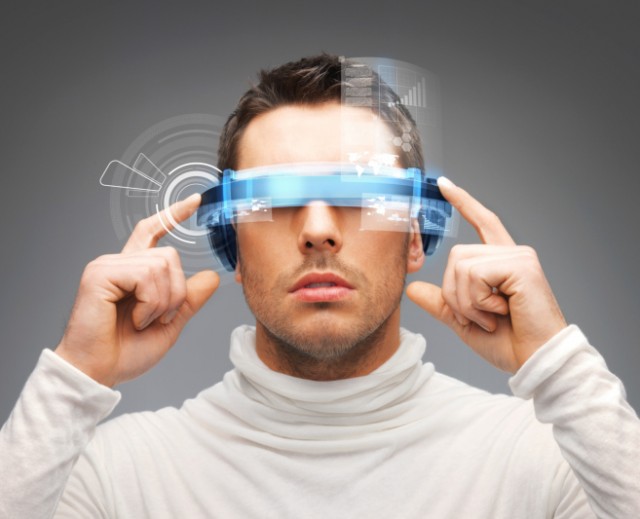 The short version is that Samsung is working on the hardware while Oculus handles the software end. The device will allow users to strap in their smartphones to the accessory for a virtual reality experience. Each company is getting something out of the deal: Samsung is getting early access to Oculus’s mobile software development kit as a part of the partnership.

Oculus gets next-gen OLED screens from Samsung, which it wants for its virtual reality headsets. This partnership is half-collaboration and half-technology swap. SamMobile, a website dedicated to Samsung products, has what it claims to be a photo of the upcoming headset accessory. It also reports that the device will debut at the upcoming IFA trade show that will take place in Berlin in September. (Samsung’s new tablet, the Galaxy Note 4, is also supposed to be presented at the same conference.)

Virtual reality is a technology trend that has gained traction lately. Oculus began the wave by debuting a prototype of its virtual reality headset. Sony revealed Project Morpheus at the Game Developers Conference in March. Facebook then purchased Oculus, bolstering the startup’s efforts with an influx of cash. Then Google released Cardboard, a how-to guide and app that shows how to bring virtual reality to Android devices. All of these events show that 2014 may be the year that virtual reality starts to go mainstream.

Of course, the eventual purpose of this technology is for the gaming experience. Oculus is designing its headset for the PC. Sony’s project is for the PlayStation 4. Google’s is for Android devices. Just like motion-capture technology in the form of the Nintendo Wii’s sensors, Xbox’s Kinect, and other technologies, each company is working on its own version of virtual reality compatible with its own technology.

For customers, this means that once virtual reality makes it to the game or electronics store, it will likely comprise its own section in the accessories aisle. However, virtual reality’s success will be determined by the one factor that determines a successful new product — how well the products sell.