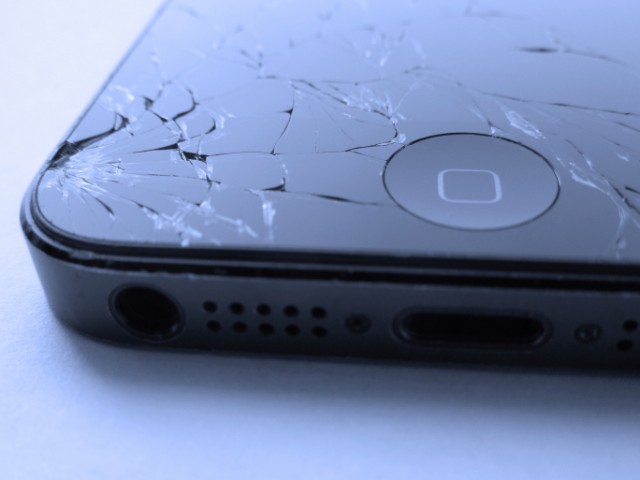 Although Apple’s iPhone 6 and iPhone 6 Plus models have only been out for a little over two months, industry watchers are already scrounging for clues about the California-based company’s next-generation devices. While it’s safe to assume that the so-called iPhone 7 will include a faster processor and new operating system iteration, most other details about the device are completely unknown.  However, a recent report from Asian media sources suggests that at least one detail about next year’s iPhone model may have already leaked. According to a China Economic Weekly report cited by Focus Taiwan, primary Apple supplier Foxconn (also known as Hon Hai Precision Industry) is rumored to be setting up a facility in Zhengzhou that will eventually produce sapphire displays for the next-generation iPhone models. As noted by Focus Taiwan, the rumors sparked a jump in the stock prices for several Taiwan-based sapphire manufacturers.

While any unconfirmed rumor about Apple’s future products should always be taken with a pinch of salt, industry watchers who are familiar with the rumors that circulated in the run-up to the release of the iPhone 6 and the iPhone 6 Plus will likely be especially skeptical about any speculation concerning sapphire. One of the biggest rumors that spread about the iPhone 6 and the iPhone 6 Plus in the months preceding the September launch event was that the devices would feature screens made of sapphire, a material that is harder and more scratch-resistant than the Corning Gorilla Glass that Apple currently uses on its mobile devices.

Several media outlets and analysts, such as The Wall Street Journal and PTT Research’s Matt Margolis, predicted that Apple would implement sapphire screens in the iPhone 6 based on the company’s known $578 million investment in a sapphire manufacturing plant run by GT Advanced Technologies. However, those rumors were ultimately proven untrue on September 9, when Apple revealed that the new iPhone models featured “ion-strengthened” glass, rather than sapphire.

Despite the apparent difficulties with producing sapphire screens at a cost acceptable to Apple, the sources cited by China Economic Weekly claimed that “Apple had not given up on the idea to use sapphire displays in the next iPhone models, which could go into production next year.” Although sapphire displays are more expensive and difficult to produce than the Gorilla Glass displays currently used by Apple, one of the advantages of sapphire is its greater hardness and resistance to scratching. Those qualities are the reason why Apple currently uses sapphire as a protective covering for the iPhone’s Touch ID fingerprint sensor and camera lens.

Still, considering GT Advanced Technologies’ well-documented difficulties with producing iPhone displays made out of this material, any rumors about the possibility of a sapphire-covered iPhone 7 should be viewed skeptically. On the other hand, there is one upcoming product that Apple has already confirmed will have a sapphire display. All models of the Apple Watch, except the models in the Watch Sport collection, will feature displays protected by sapphire. So even without the production of a sapphire-covered iPhone, there is still a chance that Taiwan-based sapphire manufacturers could see an increase in business from the Apple Watch.

“As Apple begins using sapphire displays in the Apple Watch, other rivals may follow and apply the technology to their wearable devices, which could benefit local sapphire firms in the near future,” said Chang Chih-cheng, an Asia Securities Investment Consultant analyst cited by Focus Taiwan. The sapphire-covered Apple Watch will make its debut in “early 2015,” according to the company’s website. However, when it comes to a sapphire-covered iPhone, investors would be wise to remember George Santayana’s observation that “Those who cannot remember the past are condemned to repeat it.”