Should You Sell Intel at 10-Year Highs? 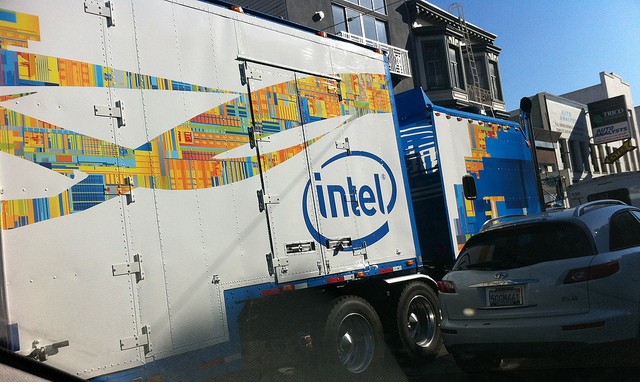 Last Thursday, Intel (NASDAQ:INTC) released its revenue and profit expectations for the second quarter, and the market was impressed. As a result, the stock soared more than 6 percent on heavy volume on Friday, and it popped to briefly about $30 and traded at a multiyear high.

Analysts and investors were impressed that the company expects revenues to come in a $13.7 billion versus its previous estimate of $13 billion. The increase of about 5 percent was welcomed, especially since it came with a slight increase in operating margin expectations, which rose from 63 percent to 64 percent.

With this good news coming out, analysts are less concerned about the so-called death of the PC, which was supposed to come as tablets and mobile devices cannibalized PC sales. Since Intel is the dominant player in PC processing chips, it follows that Intel has a rosy future going forward.

But is this a reason to buy? I don’t think it is, and here’s why.

First and foremost, it is almost always a bad idea to buy a stock that trades at a multiyear high. This means that investors are relatively optimistic, and it follows that a lot of the money that was going to come into the stock has already done so, and as a result, we need to see some consolidation. There may be some long-term holders who have profits that they wish to take, and there are probably several short-term traders who will be happy to unload at $30 per share.

Second, while Intel is the dominant player in the PC market, and why the PC may not be “dying,” the general secular trend is toward mobile devices, and this makes Qualcomm (NASDAQ:QCOM) the superior pick. Intel now trades at just 16 times earnings, whereas Qualcomm trades at 21 times earnings, but ultimately Qualcomm will grow into its valuation, and it faces secular tailwinds that will drive the stock higher over the long run.

Even if the PC isn’t dying, it is less important now than it was 10 years ago, and chances are this trend will continue. Therefore, Intel will have slower growth if it manages to grow at all. Unless Intel can change something about its business, it is probably going to generate returns that are comparable to those of bonds. If you are looking for bond returns, that’s fine — buy Intel. But if you’re looking for more substantial returns, Intel is not a stock to own.

Finally, if investors want to own Intel, I think that they are better off looking internationally. Specifically, they should consider Taiwan Semiconductor (NYSE:TSM), which is a Taiwanese chip maker that has a dominant position in Asia. The company trades at 17 times earnings, which is only a little more expensive than Intel, yet its growth is substantial by comparison.

Year-over-year sales growth for the first quarter exceeded 10 percent, and year-over-year profit growth exceeded 20 percent. This has been a general trend for the company. However, investors don’t want to own emerging-market stocks, and they are concerned about a Chinese slowdown. Even if China’s growth slows, Taiwan Semiconductor’s growth will exceed Intel’s, and possibly Qualcomm’s.

Ultimately, I don’t think Intel is a bad stock to own. But the company has reached a point in its life when it is no longer growing at a significant rate. Further, there are simply better investment options out there. So if you’re looking for stability, a regular dividend, and minimal growth at a fair, yet not inexpensive price, then Intel is a stock worth considering. But I think most investors reading this are looking for more upside potential and more growth, and for these readers, I believe that Qualcomm and Taiwan Semiconductor will generate stronger returns in the long run.

Disclosure: Ben Kramer-Miller has no position in Intel or in any of the stocks mentioned in this article.