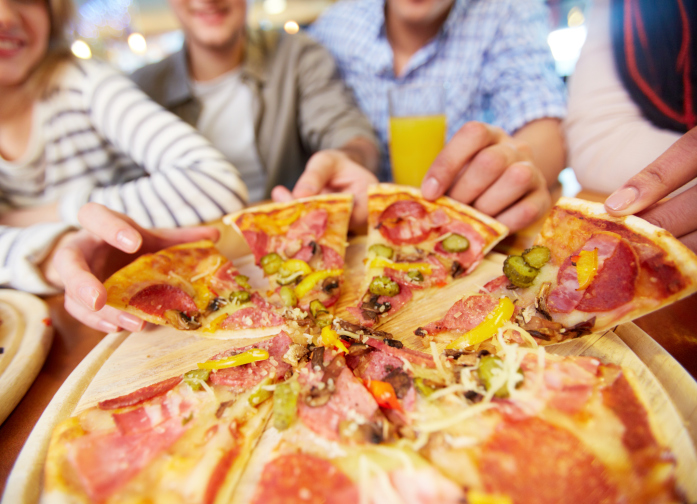 Square’s looking for a piece of the dough when you go pick up a pizza, specifically of the green variety. The company behind Square Wallet pulled the 3-year-old app from Apple’s App Store and Google Play. In its place, a food-ordering app called Square Order has popped up. Re/code broke the story.

The idea behind Square Order is that users download the app and input credit card information for payment use. Smartphone users then use it to place an order before they even enter the shop, paying in advance with app. The café or restaurant then prepares the food for the customer to pick up. As a result, a customer doesn’t wait as long for his or her order.

The restaurant makes money from the order, minus the 8 percent of the total that goes to Square as a processing fee. While that sounds high, rival GrubHub starts at 10 percent. However, GrubHub also does delivery orders, while the new Square Order is currently only for pick ups. The lower rate is to encourage owners to adopt the new service.

While the old Square Wallet app was capable of being used while paying for food and other purchases, few places actually took it. Steven Bertoni of Forbes wrote about his experience using the old app for a story in his coverage of Square Order.

“My local coffee shop once took Square Wallet but stopped quickly after they found no one was tipping the baristas. When I did find a coffee shop that took Square Wallet (Argo Tea), the man working the register was excited — he told me he had always wanted to check someone out with the wireless feature: ‘You’re only like the second guy to ever pay this way,’” Bertoni wrote.

This lack of use is why Square Wallet has been removed from app platforms. If it was hard to find a venue that took the app in New York City, offerings outside cities that accepted the mobile payment must have been sparse. And while credit and debit cards are becoming more common than cash, paying on an app is something most Americans are not ready for yet. One of the few companies to get Americans to use their phones to pay is Starbucks (NASDAQ:SBUX). On its app, customers can use their phones to pay from gift cards. Few other apps of this type have been adopted. Square Order may face some of the same challenges as Square Wallet in this respect.

Right now the app is only available for a handful of places in New York and San Francisco, where app ordering tends to be higher and the large populations help cluster restaurants and customers alike. It is unclear when it will extend to other cities.