Starbucks Is at the Forefront of Another Powerful Technology 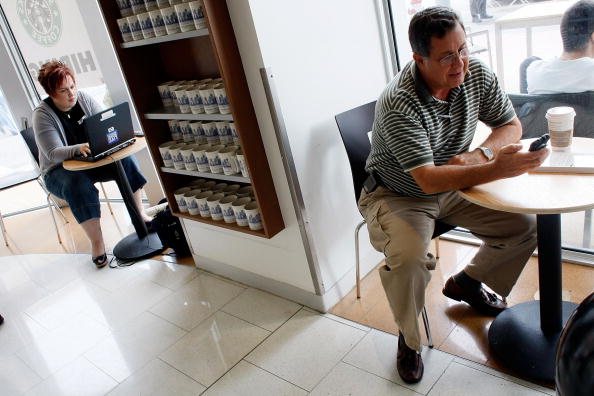 The outlet table at Starbucks (NASDAQ:SBUX) won’t be as much of a premium once the company installs wireless charging panels directly into counters and tables at its company owned stores, including Teavana. The outlet table will still exist, but with less competition for the chance to charge.

Starbucks’ announcement came as part of a new deal the coffee company made with Duracell. The latter’s Duracell Powermats will be the technology behind the wireless chargers that will take over Starbucks. They will enable the charging of phones even when a user forgets a charger, since with this technology, all a user has to do is rest a phone on the charging area. (Removal of a protective case may be required.) Each store will have about 10 of these wireless charging stations reported The Verge.

Once again, Starbucks is at the forefront of a technology that exists that many American customers don’t use often. It started with Wi-Fi in 2001. Later, the Starbucks app eased customers into paying with their smartphones (although few people use this system outside Starbucks.) Just like these previous two technical integrations, they are subtle. Starbucks has already quietly rolled out this technology in Boston and San Jose stores, which it used to test out the new charging stations.

Starbucks discovered that users in the two test markets would spend an average of 15 minutes charging their phones at the new stations before moving on. In battery terms, it’s like a shot of espresso, a little jolt of energy to boost battery levels. They will be released in the rest of the country and internationally within the next year.

“From WiFi and the in-store Starbucks Digital Network to mobile payment and digital music downloads, we have always tried to anticipate our customers’ needs early in the adoption curve and provide a world-class solution. We are thrilled to offer our customers that next level of convenience with Powermat wireless charging. Rather than hunting around for an available power outlet, they can seamlessly charge their device while enjoying their favorite food or beverage offering right in our stores,” said Adam Brotman, chief digital officer at Starbucks in the press release.

The Powermat spots will accommodate a variety of devices, but some Android devices will be left out. The chargers are based on trade group Power Matters Alliance’s PMA platform. Some Android devices are built for rival Qi’s wireless charging platform. Users with this second platform would require a special case to be able to charge at Starbucks. Apple devices will also require such a case because iPhones do not have this technology built-in. Another alternative are other adaptors available online. Of course, not forgetting a charging cord and going on an old-fashioned hunt for the seat next to an electrical outlet has yet to go out of style.