Study Shows Why You Still Shouldn’t Use Siri While Driving 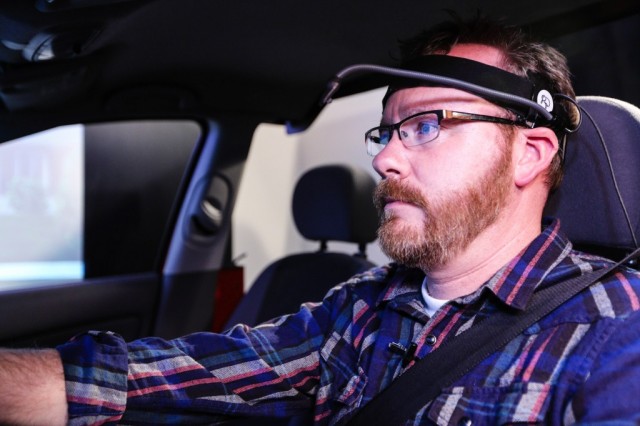 New research shows that for many drivers, interacting with voice-activated car systems or completing tasks with a voice-recognition assistant like Siri can be dangerously distracting, even when users don’t need to take their eyes off the road or their hands off the steering wheel. Voice-based interactions from simple car commands to menu-based interactions to natural language interfaces are all unsafe distractions to drivers.

While three out of four drivers believe that hands-free technology is safe to use while driving, a study (PDF) by researchers at the AAA Foundation for Traffic Safety and the University of Utah found that these features actually increase cognitive distraction while driving. The study, completed by David L. Strayer, Jonna Turrill, James R. Coleman, Emily V. Ortiz, & Joel M. Cooper of the University of Utah and sponsored by AAA, used three controlled experiments to evaluate the cognitive distraction caused by operating voice-based technologies while driving, with participants completing the following tasks:

The research assessed the mental workload of each driver using the voice-based technologies and found that some interactions with the technology can have “unintended consequences” that adversely affect traffic safety. The study built on previous research (PDF), released in June 2013, which sought to reliably measure cognitive distraction and its effect on the safety of driving.

Cognitive distraction makes voice-based interactions problematic even when technology doesn’t create visual distraction, such as when drivers take their eyes off the road to interact with a device, or manual interference, which occurs when drivers take their hands off the steering wheel to manipulate a device. As drivers dedicate more mental resources to a secondary task they perform concurrently with driving, they divert attention from their driving and increase their risk of crashing or of what the study considered its proxies, such as increasing their brake reaction time, failing to scan for potential hazards, failing to notice objects in their line of sight, and failing to stop at controlled intersections.

This earlier study involved three experiments. The first acted as a control, and saw participants performing eight different tasks, without driving simultaneously. The second saw the participants performing the same tasks while simultaneously operating a driving simulator. In the third, participants performed the same eight tasks while driving in a residential section of a city. Using four categories of metrics — with measures for the primary task, secondary task, subjective workload, and physiological measures — researchers assessed each participant’s cognitive distraction during the experiment, and concluded that the diversion of attention from driving results in “significant impairments” in the ability to drive, in direct relation to the cognitive workload of the concurrent activity. Significantly, the 2013 study also found that interacting with a speech-to-text system was more cognitively distracting than other activities studied, like listening to the radio or conversing with passengers.

In the follow-up study released in October, researchers looked more specifically at the cognitive distraction caused by voice-activated software. They used instrumented test vehicles, heart rate monitors, and other equipment to monitor reaction times to rank common voice-activated interactions with software, and used a five-category rating system — ranging from 1 to 5 — to quantify the level of distraction that each situation and technology caused.

They found that the accuracy of voice recognition software significantly influences the rate of distraction, and systems with low accuracy and reliability generated a high level (category 3) of distraction. While the quality of the system’s voice — whether it was a natural or “synthetic” voice — had no impact on distraction levels, with both generating a category 2 level of distraction, composing text messages and emails (category 3) was more distracting than listening to messages (category 2). The study also evaluated the iOS 7 version of Apple’s Siri, and discovered that the hands- and eyes-free use of Siri generated a category 4 level of cognitive distraction. When interacting with Siri during a study with a simulator, two participants crashed.

Additionally, researchers evaluated the two most common voice-based interactions — changing radio stations and voice dialing — with the systems found in six different manufacturers’ vehicles. Toyota’s Entune system generated the lowest level of cognitive distraction, at 1.7. The Hyundai Blue Link generated a rating of 2.7, while the Chrysler Uconnect came in at 2.7 and the MyFord Touch was rated at 3.0. The Mercedes COMAND generated a 3.1 level of distraction, while the Chevrolet MyLink caused a high level of distraction at a rating of 3.7.

The study suggests that developers can improve hands-free features by making them “less complicated, more accurate and generally easier to use.” But until manufacturers develop and optimize systems to reduce distractions, AAA advises drivers to minimize distraction by “limiting the use of most voice-based technologies.” Bob Darbelnet, AAA’s chief executive, explained:

“We already know that drivers can miss stop signs, pedestrians and other cars while using voice technologies because their minds are not fully focused on the road ahead. We now understand that current shortcomings in these products, intended as safety features, may unintentionally cause greater levels of cognitive distraction.”

So does the hands-free mode that iOS 8 brings to Siri represent an improvement over the version that the researchers tested? It’s unlikely. While the study used the iOS 7 version of the assistant, researchers simulated the hands-free functionality brought with the iOS 8 upgrade by having participants “activate” Siri with the command, “Hello Siri,” at which point a researcher would manually activate the assistant. Researchers noted that Siri had “the lowest rating of intuitiveness and the highest rating of complexity” of any of the systems tested, and interactions with Apple’s virtual assistant were “overly complex.”

What is clear from the research is that even interacting with technology that requires no visual or manual distraction creates enough cognitive distraction to have a significant effect on the ability to drive safely. Until manufacturers develop voice recognition systems and voice-based technology that’s more intuitive and easier to use, it’s still not a safe choice to use Siri in the car, even if you can ask for directions or send a message by simply commanding, “Hey, Siri.”