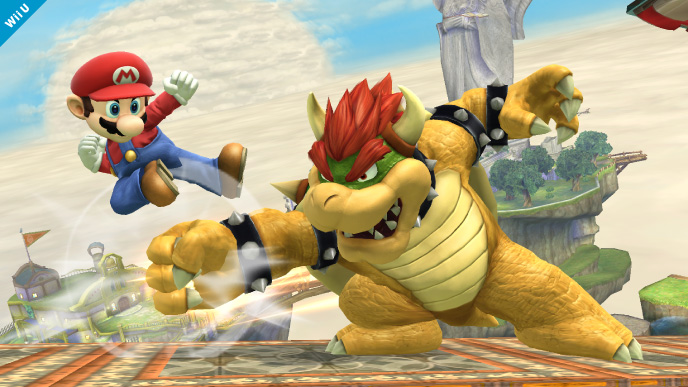 Details are out on Nintendo’s upcoming Super Smash Bros. game. Though not all of the details, there are plenty, as made available by Masahiro Sakurai, the director of the game, in his Nintendo Direct presentation. Characters, stages, gameplay mechanics, and information on the release of the game have been shared with the public.

The new Super Smash Bros. will be available on both the Wii U and the Nintendo 3DS. The Wii U version will be released in winter of this year, while the 3DS version will actually come out sooner, with a release sometime this summer.

According to Sakurai, both the 3DS version and Wii U version will feature online matchmaking to allow gamers to smash with anyone else playing. There will be two main online modes: “For Fun” and “For Glory.” Playing for fun runs random levels except Final Destination, includes all items, records only win statistics, and doesn’t do one-on-one matches. Playing for glory is almost the opposite, as wins and losses are recorded, there are no items, matches can be as small as one-on-one, and the only level available is final destination — though many differently styled versions of Final Destination will be available. Another mode special for the 3DS, called Smash Run, will allow players to explore a large level collecting power-ups to prepare for the final match between them all.

The two different versions will have the same characters between them, but not all of the levels will be the same. Due to graphic limitations, even the levels that are the same will have some visual differences between devices. Many of the old levels available in the past Smash Bros. games will be available, though some will only appear on one of the two systems.

A major addition to the gameplay will be the implementation of bosses in levels. These bosses will appear on the level and attack all players, at which point the players can all work to destroy the boss. Whoever gets the final hit on the boss will earn some sort of bonus to use against opponents. Of course, players could use the boss as an opportunity to attack distracted opponents with heavy-hitting blows.

Sakurai also made mention of custom move sets, but there was no detailed explanation of them. From video, they appear to be adjustments to the way that certain moves work. Players will be able to customize their move sets for online play with friends or offline play, but not For Fun or For Glory.

Several new characters have been confirmed for the game. Megaman will join with a move set that appears like a combination of other old characters — a spring-like jump akin to Sonic, a spinning attack like Mario used to have, and an arm blaster like Samus. Rosalina and Luma will be a pair character similar to Ice Climbers, but with different skills and the ability to roam around separately. The Wii Fit Trainer will also join the fray using yoga and other exercises to power up and attack. Little Mac from Punch-Out!! will appear as a heavy-hitting boxer with strong punches, a one-hit K.O. that charges up with received damage and weakness in the air. A villager from Animal Crossing will come with an odd skill set that seems to rely on strange items. Last of the confirmed newcomers is Greninja from Pokemon, who will use speed to his advantage.

Many old favorites haven’t been confirmed yet — Captain Falcon and Jigglypuff are notable absences — but the game will surely include a wide selection of hidden, unlockable characters.

For more information, check out the video of Sakurai here: