Tablet Shipments Decline for the First Time: Should We Worry? 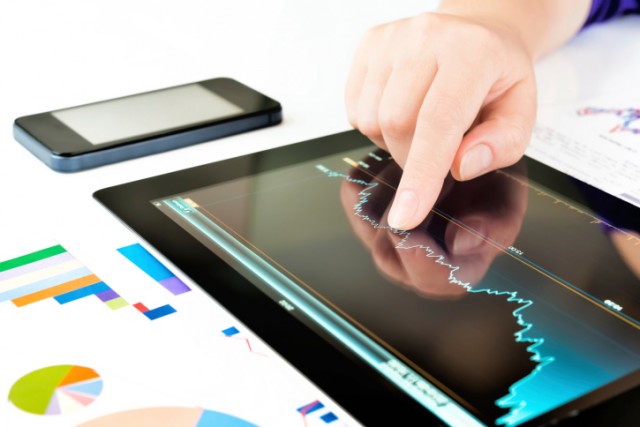 Just four years after Apple’s (NASDAQ:AAPL) iPad defined the tablet category and the tablet became the next big thing, tablet sales are down for the first time. Time reports that tablet shipments declined year-over-year in the first quarter of 2014, according to a report by NPD Research. The report revealed that 56 million tablets were shipped between January and March, down from 59 million in the same period last year. Time cites product launch delays and the rise of smartphones sized 5.5 inches and larger as the driving forces behind the decline. Larger smartphones are expected to quell demand for 7-inch to 7.9-inch tablets, which NPD reports peaked in 2013.

NPD forecasts that the year-on-year growth rate in tablet sales will fall 14 percent, revised downward from its original prediction by 3 percent, and resulting in shipments of a predicted 285 million units this year. The firm expects the growth rate to slow to the single digits by 2017. However, NPD still does expect tablet sales to continue to grow, surpassing 400 million units in 2018. During that time, shipments of traditional notebook PCs and ultra-slim PCs will continue to decline, with notebook shipments dropping below 100 million in 2018, down from almost 200 million in 2012.

If you want a second opinion, look at the numbers reported in May by IDC. As The Wall Street Journal points out, IDC said that tablet sales actually rose 3.9 percent year-on-year in the first quarter. The discrepancy between NPD and IDC’s numbers can be attributed to differences in the way that the firms define product categories and collect data. Differences in data collection aside, IDC agreed with NPD in that tablet shipments missed their target. While the slowdown in sales could simply be attributed to the maturing of the market, there are a few other factors that could contribute to the slowing growth of tablet shipments: some consumers are using smartphones and PC’s instead, and the devices that they’re using have longer replacement cycles.

Some consumers are using smartphones instead of tablets

When Samsung (SSNLF.PK) announced its disappointing sales results, it noted that the tablet market had weakened, and that “the demand for 5-to-6 inch smartphones also cannibalized the demand for 7-to-8 inch tablets.”

As consumers perceive smartphones in the “phablet” category as able to complete most of the functions of a tablet while also working as a smartphone, more are choosing to replace an existing smartphone with a larger smartphone, and they choose not to purchase a tablet as an additional device.

A recent report by Canalys noted that a third of the phones shipped in the first quarter of the year had screens larger than 5 inches. The report marked 369 percent growth in shipments of phones with screens 5 inches and larger — much higher than the overall rate of growth for the mobile phone market.

It’s Samsung that took the lead in phablet sales, holding a 44 percent of share of sales of phones 5 inches and larger, as well as a 53 percent share of phones with 5.5-inch displays and larger.

Some consumers are using PCs instead of tablets

However, what may be true on a small scale doesn’t hold up on a larger scale. While NPD predicted a slowdown in tablet sales, a study by Gartner predicted that tablet sales will surpass PC sales in 2015, according to Extreme Tech. Gartner forecasts sales of 320 million tablets versus combined sales of 316 million desktop, laptop, and ultramobile PCs.

Even as sales of traditional PCs decline, Gartner sees sales of ultramobile PCs growing — a further indication that the lines between categories are blurring as consumers are offered more and more options. ZDNet reports that NPD also expects that manufacturers of brand-name tablets will switch from smaller, 7-inch to 7.9-inch tablets to larger tablets.

It forecasts that shipments of 8-inch to 10.9-inch tablets will overtake sales of 7-inch to 7.9-inch tablets by 2018 as brands seek to attract more consumers to tablets. The report also predicts that tablets 11 inches and larger will exceed 10 percent of the market by 2018.

As consumers use an increasing number of devices, they replace each of them less frequently. Like Samsung noted in its recent earnings report, carriers’ subsidies encourage consumers to replace their smartphones often. Those incentives don’t exist for tablets, which consequently see what the company called “low replacement demand.”

Ultimately, the global market for tablets or PCs pales in comparison to the demand for mobile phones. In most developed countries, both smartphone sales and tablet sales are close to saturation, and affordability reigns in the countries whose markets have large growth potential.

Google’s (NASDAQ:GOOG)(NASDAQ:GOOGL) Android, as the operating system of choice for most affordable smartphones and tablets in developing markets, is expected to reach 53 percent of global “computer” (tablet, PC, smartphone) shipments in 2015.

NPD noted that the decrease in demand for 7-inch tablets in China and emerging markets had significantly impacted sales in the first quarter of the year, making it clear that global trends will be increasingly significant, even for U.S.-based companies, as the American markets saturate and manufacturers look elsewhere for high growth.

In 2010, Steve Jobs predicted that tablets would overtake PCs. We can probably revise that statement slightly to specify that affordable tablets will overtake PCs. The fact that consumers can choose between a phablet and a tablet, or a tablet and a computer, shows that the manufacturers of each of those devices will need to present compelling features and capabilities that drive consumers to choose their particular devices over the array of competitors within and across product categories.

As more screen sizes are available to consumers, they’ll be able to choose exactly what they want for a phone, a tablet, or a computer. They’ll also be able to demand the best prices for those devices — one of the best effects of competition for consumers.