The platformer is one of the most elemental game types. Think Mario. Think Donkey Kong. In platformers, you control a character who traverses an environment full of pits and platforms. All games spruce up the core idea, but that’s what platformers offer at the most basic level.

If you’re in the mood for a platformer, you probably want to play the cream of the crop. To find out what those are, we turned to Metacritic, a site that aggregates review scores. The games on this list are time-tested classics. Most of them broke new ground by introducing or improving at least one aspect of the genre. Each of them in its own way left a lasting mark on platformers to come.

As for our methodology, we surveyed all the platformers listed on Metacritic, creating composite scores that account for both the critic and user ratings. For example, a game with a 95 critic score and 9.3 user score would receive a 94 composite score. This should give us the clearest picture of how well the games have been received since they came out. 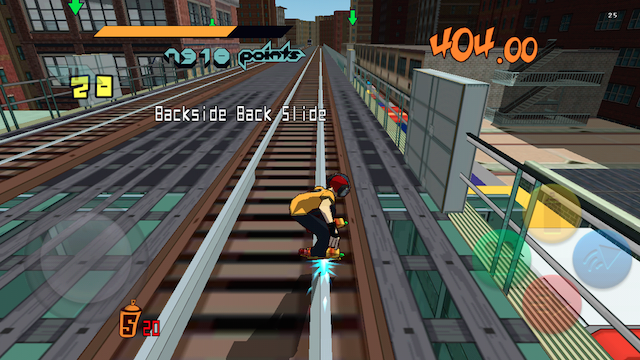 The Sega Dreamcast may have been a relatively short-lived system, but it made its mark with an array of memorable classics, from Soulcalibur to Shenmue. One of the best games on the system was Jet Grind Radio, a game centered around in-line skating and tagging walls with graffiti.

This game’s skill-based skating made it both a joy and a challenge to grind your way around levels, exploring hard-to-reach places, and leaving a spray paint tag to prove you were there. And if that doesn’t sell you on it, this game sports an unforgettable and funky soundtrack. If you’d like a taste of this title now, hop on over to the iOS App Store or Google Play. 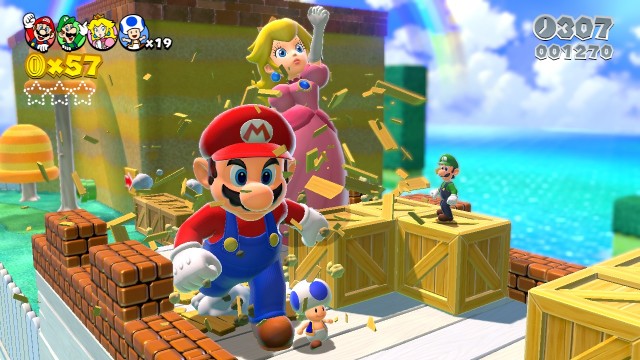 It’s pretty incredible that for nearly 30 years, the core Mario games have never really dipped in quality. This is a series that’s been so good for so long that it comes as no surprise, really, that the newest one should land on a list of the best platformers of all time.

And it’s no wonder: This game is incredible. Thanks to the Wii U’s graphical horsepower, this is the first time a 3-D Mario game has been presented in HD — and it looks just as good as you’d imagine. The vibrant colors leap off the screen, right along with the Italian plumber himself. The game is so full of charm and small surprises that hardly a level goes by where you don’t find something to smile about. 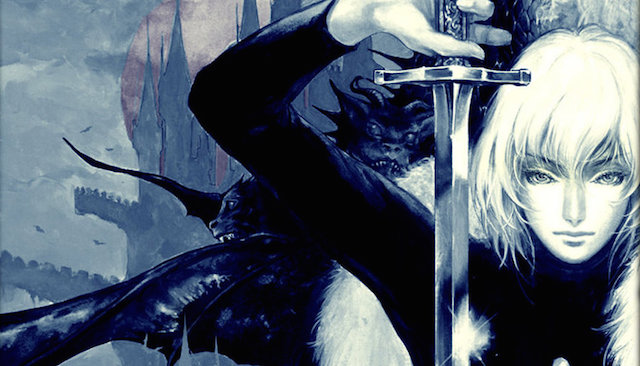 While not generally considered platformers in the purest sense of the word, Castlevania games feature enough running and jumping for Metacritic to label them as such. You won’t find us complaining. This 2003 installment is the third and final entry on Game Boy Advance, and it hit all the right notes.

Most Castlevania games feature a vampire hunter as a main character, usually from the Belmont family. Aria of Sorrow shrugs off this dusty old tradition and focuses on Soma Cruz, a high schooler who accidentally gets transported into Dracula’s castle. Naturally, he has to make it to the big man’s quarters to escape, collecting all manner of weapons and abilities along the way. If you slept on Aria of Sorrow when it came out, now would be a great time to give it a try. 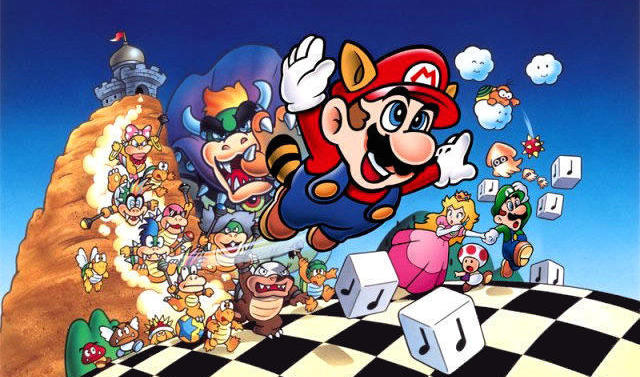 Both the Internet and the video game industry were young when Super Mario Bros. 3 came out in 1990, which means no reviews from the time are floating around online. Good thing it was re-released in 2003 as part of the Super Mario Advance series for Game Boy Advance.

The first two Mario games were good, but Super Mario Bros. 3 was unlike anything gamers had seen before. It’s when Nintendo really fleshed out what a platformer could be, and paved the way for Mario games to come. The game is huge, with eight big worlds and nearly a hundred levels, each one brimming with creative obstacles and memorable enemies. Not only was this game terrific in its time, it totally holds up today. If you want to give it a go, you can buy it on the Wii U or 3DS Virtual Console. 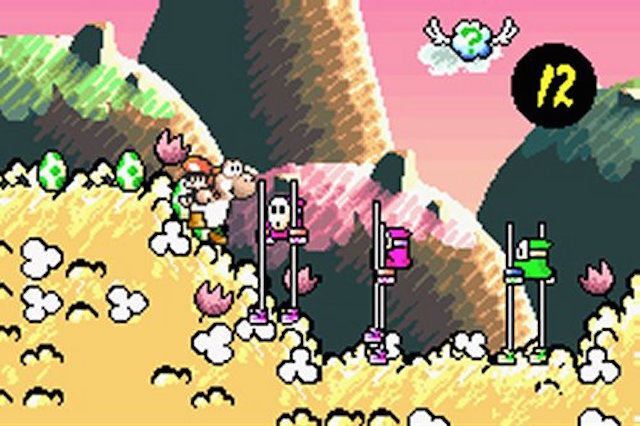 In it, you play as Yoshi, whose job is to reach the end of each level with Baby Mario in tow, a character who, for obvious reasons, can’t take care of himself. Nintendo used a number of different tools to make Yoshi’s games feel distinct from the core Mario titles, including longer, wide-open levels, a slew of new enemies, and pastel-colored art. It worked magnificently, and Yoshi’s Island remains a blast to play.

5. Ratchet & Clank: Up Your Arsenal 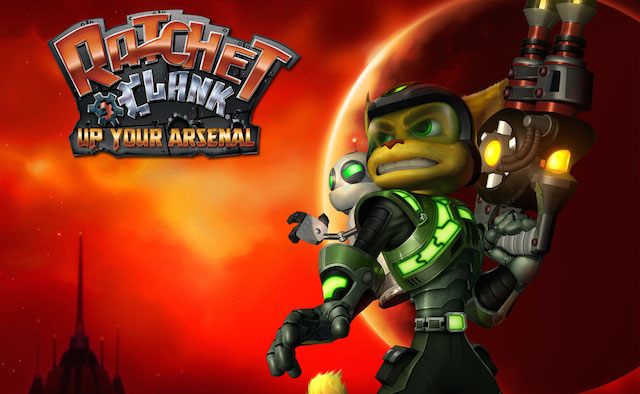 The Ratchet & Clank series has plenty of platforming in it, but it also packs a whole lot more heat than the other games on this list. This game is just as much a third-person shooter as it is a platformer, but despite his firepower, our furry hero is as nimble as they come.

This space-faring adventure sees Ratchet and his trusty robot sidekick Clank flying from planet to planet, trying to stop Dr. Nefarious from making good on his dastardly plot of the moment. The game also features one of the most robust online components of any title to that point, with numerous modes that pitted you against other players around the world. 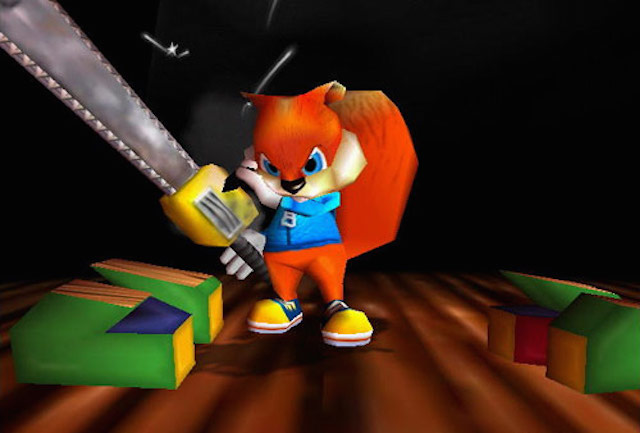 Although he looks like a typical cartoon hero, Conker makes it clear right from the start that he’s a squirrel of a different stripe. Rather than being one of the pristine, kid-friendly games Nintendo is known for, Conker’s Bad Fur Day stars a booze-pounding squirrel with a foul mouth and a love for the ladies. This is a Nintendo 64 game unlike any other.

While it didn’t exactly kick off a tradition of M-rated games on Nintendo consoles, it did feature some of the best 3-D platforming around. You can run, jump, hover by using your tail as a propeller, and smack baddies with a frying pan. The game is bawdy and ridiculous, and well worth a try if you haven’t played it before. 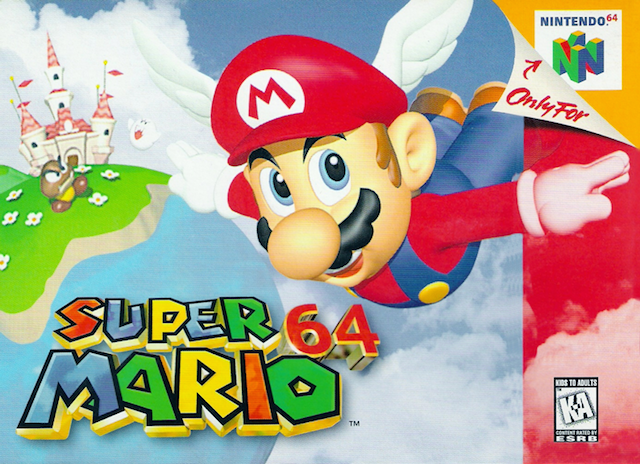 As the Nintendo 64 supplanted the Super Nintendo, a new world of polygon-based 3-D gaming was upon us. The problem was, it took a while for developers to figure out how to make interesting 3-D game worlds. Then Nintendo came along to show everyone how it was done.

Super Mario 64 took everything that fans loved about the side-scrolling series and blew it up into three dimensions. The result remains one of the best platformers ever made, with all kinds of memorable levels and 120 stars to collect. The game holds a special place in the hearts of fans, and for good reason.

2. Castlevania: Symphony of the Night 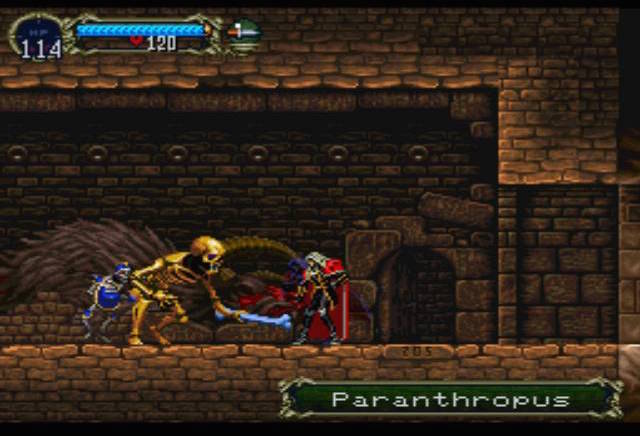 Make no bones about it: This game is a masterpiece that hasn’t lost a speck of its brilliance over the years. While it might be more accurately labeled an action platformer with strong RPG elements, that’s not really the issue here. The issue is that Konami has crafted one of the best games of all time.

Symphony of the Night is a 2-D game that came out well after most developers had switched their focus to 3-D games. But that doesn’t make it any less amazing. Like Super Metroid, this game has you explore an enormous environment, finding new gear and gaining new abilities that let you explore previously inaccessible areas. It’s a tried-and-true gameplay mechanic that keeps players coming back for more. No wonder so many other games copied it, creating a whole new sub-genre called Metroidvania. 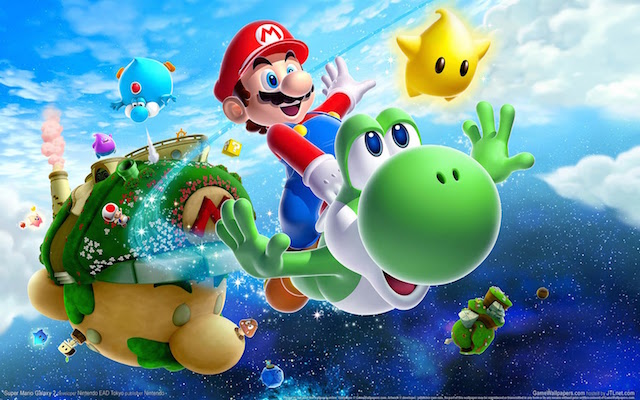 The Wii might have been underpowered compared to the Xbox 360 and the PlayStation 3, but when you booted up Super Mario Galaxy, you could hardly tell. This series pushed the Wii hardware places no one thought possible, with huge, vibrant worlds and pixel-perfect controls worthy of the Mario name.

When judged separately, the two Super Mario Galaxy games actually account for the top two slots on this list, but we grouped them together to make way for more titles. But they each deserve high accolades, because these are two of the most clever, brilliantly designed platformers ever made. If you missed out, you can download the Super Mario Galaxy 2 on Wii U right now.