If there’s one thing you can count on Nintendo to do, it’s to go its own way. Lately, rather than doling out press releases, the company has been bundling its announcements together and delivering them to the gaming public through Nintendo Direct videos. The latest one went out this week, with a bunch of announcements regarding Wii U, Nintendo 3DS, and Amiibos. You can watch the whole 48-minute video here, or read on for an easily digestible look at the highlights.

It took a while, but Nintendo is finally starting to embrace modern conveniences like game updates and downloadable content. Fans of Super Smash Bros. for Wii U and 3DS will be pleased to hear that the company will add two new characters to the roster in the coming months: Pokémon’s Mewtwo is coming in April and Earthbound’s Lucas will arrive in June.

Nintendo is expandings its offerings on the Wii U Virtual Console (the digital store that sells titles from older Nintendo systems). It will begin selling a handful of Nintendo DS games for between $7 and $10, including Yoshi’s Island DS, WarioWare Touched, and Mario Kart DS. It will also add Nintendo 64 games for between $10 and $13, including Super Mario 64, Donkey Kong 64, and Paper Mario. Those games will release throughout the month of April, and more are expected in the future. 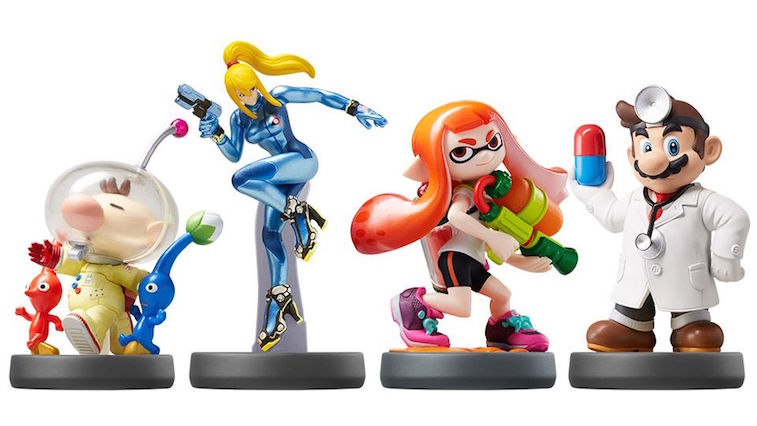 Amiibos must be selling well, because Nintendo keeps pumping out new waves of them. Newly announced Amiibos coming this year include Charizard, Pac-Man, Wario, Zero Suit Samus, and Dr. Mario, as well as a Yoshi Amiibo made of yarn that will coincide with the release of the Wii U game Yoshi’s Woolly World. If you’re a collector, beware that several of these Amiibos will be exclusive to stores like Target and GameStop.

4. Mario Maker is coming in September

We finally have a release window for Mario Maker, the Wii U game that will let you design your very own side-scrolling Mario levels. You can upload your creations for others to play and download levels made by other players. You can even change the graphics on the fly to make it look like Mario games from four different eras. Mario Maker will launch in September.

5. New Fire Emblem for 3DS gets a trailer and release window

The next entry in the popular strategy game series may not have an official title yet, but we now know Nintendo plans to release it in 2016. Players will get to customize the main character and choose which side of the war to support, which should ensure that diehard fans play through the game at least twice. Watch the video for more details.

6. Fatal Frame Wii U is coming to the U.S. this year

Ever since this game launched in Japan, fans in the States have been hoping it would make the leap over the pond. That wish is finally coming true. The Fatal Frame series is a set of spooky games that have you fend off ghosts by snapping pictures of them. In this installment, you use the Wii U gamepad as your camera. Watch the trailer above to see how it works.

Since the dawn of Super Mario Kart, the series has offered three speed settings — 50cc, 100cc, and 150cc — that effectively translated into easy, normal, and hard difficulty modes. A free update is coming to Mario Kart 8 on April 23 that will bring a new super-fast, super-challenging 200cc mode to the game. Watch the video above to see just how fast we’re talking (it’s fast).

Fans of the low-key Animal Crossing series will be pleased to hear that a new entry is heading their way on Nintendo 3DS. This game eschews the series’s focus on pulling weeds and collecting insects in favor of creating the home of your dreams. You play as a home designer, so you’ll also design and decorate homes for your animal neighbors based on their specific requests. The game will be compatible with a new kind of Amiibo that look like playing cards, but only if you have a New Nintendo 3DS.

This crossover of two popular Japanese series appears to be coming together nicely. And judging by the trailer above, it doesn’t look much like either of the games it mashes together. Shin Megami Tensei is a series of RPGs based on collecting demons, while Fire Emblem is all about tactical battles. It’s hard to tell what this crossover will be like, but it sure looks interesting.