The Biggest Force Sending Apple into the Stratosphere Is Going Ballistic 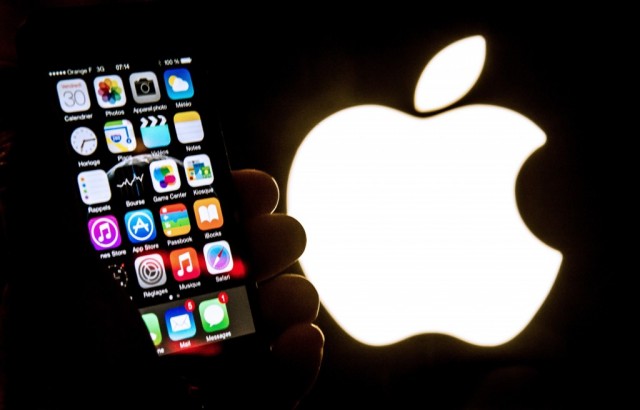 Apple is the poster boy for the mobile era. The world’s most valuable company has its logo plastered on more than one billion sold devices, routinely finds its name attached to breaking headlines, and draws product-launch crowds that put Hollywood blockbusters to shame. Critics say plenty about the longevity of this situation, but the biggest trend powering Apple does not appear to be ending anytime soon.

Everybody has their heads down these days for the same reason: smartphones. The addictive devices now act as our gateway to the Internet and just about everything else in life. With more than 2 billion total users, roughly one-third of the world’s population currently owns a smartphone. By the end of 2015, Strategy Analytics expects that figure to reach 2.5 billion users.

“The smartphone has become one of the most widespread electronic devices of all time,” said Neil Mawston, Executive Director at Strategy Analytics, in a recent press release. “The smartphone is ubiquitous and it is rapidly evolving to become a central hub for controlling consumers’ daily lives in the home, car and office of the future.”

When you control consumers’ daily lives you also control their wallets. While Apple is often considered a gadget company, thanks to an assortment of devices, the majority of its sales come from iPhones. In the most recent quarter, iPhone sales reached $40.3 billion, up 55% year-over-year and nearly three-fourths of Apple’s $58 billion total haul. In comparison, the Mac and iPad followed at only $5.6 billion and $5.4 billion, respectively. In the previous holiday quarter that ended December 2014, Apple sold 34,000 iPhones every hour.

How will the smartphone trend continue? You no longer need to be rich enough or young enough to own a smartphone. For the third consecutive three-month period ending February 2015, smartphone sales among consumers earning less than $30,000 per year grew by more than 50%, according to NPD Group. This demographic is now the largest segment of the smartphone market, accounting for 28% of all sales. During the same period, the fastest growing age segment of the market was the 55 and older crowd. Apple and Samsung accounted for two out of every three smartphones sold over the period.

Apple currently offers four iPhone models to appeal to the growing market: iPhone 5C, iPhone 5S, iPhone 6, and the iPhone 6 Plus. The two iPhone 6 models, released late last year, broke tradition by offering significantly larger screens, something Apple has generally avoided in the past despite Samsung’s success. Nonetheless, the larger screens were devoured by consumers.

Through the first six months of Apple’s fiscal year, the company sold over 135 million iPhones. On the quarterly earnings conference call, Apple CEO Tim Cook noted more than once that the current iPhone lineup logged a higher rate of “switchers” than previous cycles, meaning Apple is gaining market share from its competition and attracting first-time buyers.

The smartphone is truly a global phenomenon. Last quarter, Apple sold 63% more iPhones in emerging markets on a year-over-year basis. In China, Apple is on track to have 40 stores open by the middle of 2016. The success of the App Store has allowed Apple to spend $2 billion on data centers in Ireland and Denmark. In fact, the App Store has generated more than $7.5 billion for European developers since 2008.

Smartphones are here to stay, at least for the foreseeable future. Wearables may one day cannibalize smartphone sales just as the iPhone did to the iPod, but even the new Apple Watch depends on an iPhone.