‘The Evil Within’ Offers Horror Fans a Bloody Good Time 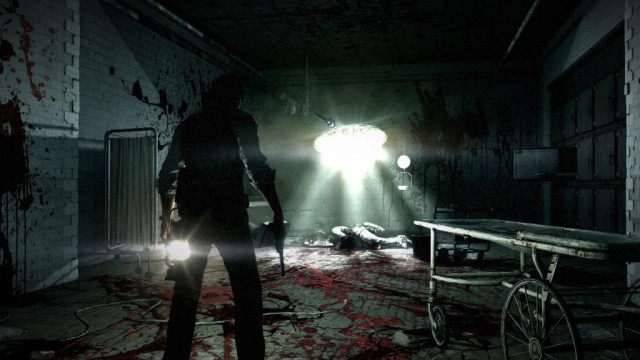 Many gamers agree that 2005’s Resident Evil 4 is not only one of the best survival horror games of all time, but one of the best games of all time, period. Full stop. So when its director, Shinji Mikami, makes another horror game, it makes people’s ears perk up (and their blood run cold). Mikami has helmed a few other games since his masterpiece, but The Evil Within is a true return to form. This is a tough-as-nails game of survival in which you’re always fighting or running for your life.

This, frankly, isn’t everyone’s cup of tea. Some reviewers loved the challenge, while others found it tedius and aggravating. To put it in perspective, one reviewer died 64 times in a row trying to flee down a hallway to escape an invincible monster. It’s that kind of game. While it has received somewhat mixed reviews so far, it’s still holding steady in “generally favorable reviews” territory with a 76 out of 100 on Metacritic. Not too shabby for a type of game that’s not everyone’s cup of tea.

In The Evil Within, you play as Sebastian Castellanos, a detective who’s called to the scene of a gruesome slaughter at a mental hospital. Things quickly go sideways when you’re attacked by a supernatural force and imprisoned by a psycho with a chainsaw. You escape — probably after being sawed in half several times in mis-timed attempts — at which point things begin to feel very much like Resident Evil 4. You emerge to a nightmarish world and spend most of the game wandering through old-fashioned villages and forests populated by monstrous creatures, fighting unique bosses, and solving environmental puzzles along the way.

The generally unimpressed reviewer from The Escapist says that, “When I say the Resident Evil 4 sections feel exactly like Resident Evil 4, I mean they are just as old fashioned as Capcom’s GameCube classic, complete with dated mechanics that ignore any third-person shooter improvements made in that time. Similarly, the stealth features are simplistic, and often suffer from creatures simply ‘knowing’ when you’re behind them.” 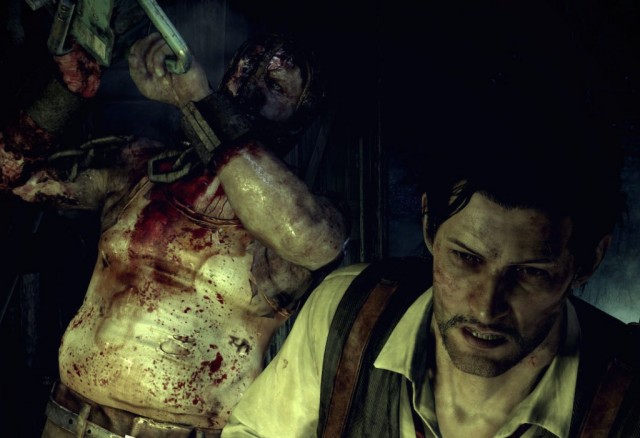 Game Informer’s review, on the other hand, is much more charitable, saying that the developer “extracts the essence of RE 4’s satisfying gameplay and progression loops while expertly ratcheting up the skin-of-your-teeth survival elements and suffocating atmosphere.” It continues with: “This is one of the most tense, unpredictable, and demanding horror games I’ve ever played. One moment you’re sneaking through a medieval village taking out zombies with the slick stealth system, and the next you’re flung into a room with gigantic doll heads stacked to the ceiling. The Evil Within offers no respite.”

When it comes to the game’s story, most reviewers were unmoved. This is from IGN’s otherwise glowing review: “While its central mystery starts off as compelling, it gradually veers off course, and eventually buckles under the weight of its own unfocused ambition. I found its ending in particular, complete with an unnecessary boss battle apparently inserted only to serve the story, disappointing.”

But who needs a coherent story when the atmosphere of dread is this pitch-perfect? According to IGN, The Evil Within “produced some of the most incredible moments I’ve experienced in any video game for years. It had me sweaty-palmed, heart in my throat, for most of its duration.”

If you’re looking for a chilling fright-fest this October, you have two main choices: The Evil Within and Alien Isolation. Judging by the reviews, fans of the genre won’t be disappointed by either choice. It’s a good time to be a horror gamer.