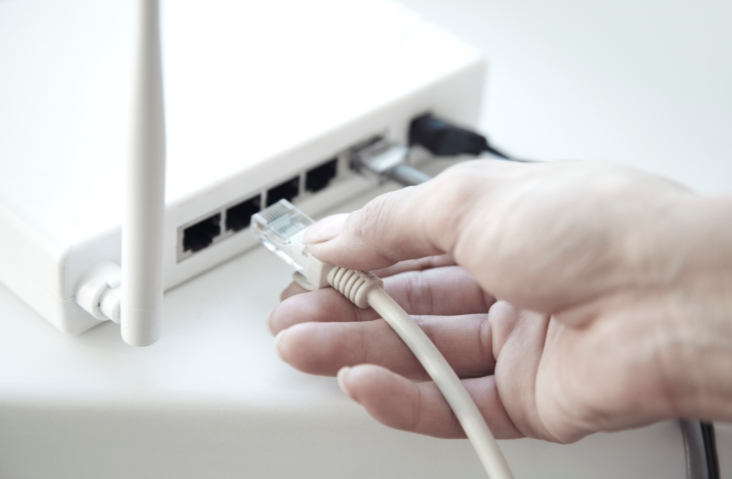 The Federal Communications Commission is set to vote on a revised draft of the agency’s net neutrality rules later this week; the rules are expected to allow for Internet service providers to offer faster speeds to content providers for a price. Advocates for net neutrality, including the content providers that make up some of the most powerful technology companies in the country, have called out the FCC for backing down on the guidelines that keep the Internet a free and open space for everyone.

At the end of last month, reports started coming out that the FCC was caving on the issue of net neutrality and that the new draft of the laws basically undermined everything the organization and the idea of an open Internet stood for. Reportedly, the FCC’s new draft will allow content providers to buy faster Internet speeds if such deals are made on “commercially reasonable” terms. Such terms would be determined by the FCC on a case-by-case basis.

According to a new report from The Wall Street Journal, FCC Chairman Tom Wheeler will circulate some revisions to the new proposal’s language on Monday that make it more explicit that the agency won’t allow Internet service providers to discriminate by forcing certain traffic to be delivered at slower speeds.

Though the proposed changes haven’t been made public, a source within the FCC spoke to the Journal, saying that the new draft will remain more or less the same, but clearer language will be included about the FCC’s role in overseeing the deals to make sure that ISPs aren’t unfairly throttling the content of companies that don’t pay for faster broadband. Advocates for net neutrality believe clearer language is needed, as one concern is that the principles of net neutrality will only be strongly enforced while Wheeler is in the one in charge of monitoring what “commercially reasonable” terms are.

The Journal’s source went on to say that Wheeler will also raise the question as to whether broadband Internet should be considered a public utility, in which case the service could be more strongly regulated.

Last week, a plethora of tech companies including Amazon (NASDAQ:AMZN), Netflix (NASDAQ:NFLX), and Microsoft (NASDAQ:MSFT) wrote a strongly worded letter to the FCC on the importance of keeping the Internet an open space for everyone by adhering to the principles of net neutrality. The letter, dated May 7, has the tech companies claiming that a threat to net neutrality is a threat to America’s dominance of the technology industry as a whole.

“The Commission’s long-standing commitment and actions undertaken to protect the open Internet are a central reason why the Internet remains an engine of entrepreneurship and economic growth,” the companies wrote. “According to recent news reports, the Commission intends to propose rules that would enable phone and cable Internet service providers to discriminate both technically and financially against Internet companies and to impose new tolls on them. If these reports are correct, this represents a grave threat to the Internet.”

The changes are being made in the face of the backlash raised by the new draft of the rules, which, according to advocates for an open Internet, undermine the entire concept of net neutrality by allowing content providers to pay for preferential treatment and ISPs to charge for bandwidth. “The new draft clearly reflects the public input the commission has received,” the Journal’s source in the FCC said to the newspaper. Despite the language describing the FCC’s ability to veto a deal if it determines that the ISP is not being fair, advocates for net neutrality will likely remain angry over the FCC’s decision to cave on the issue.

The shining beacon of hope for the large group of people pushing for net neutrality is the question of reclassifying broadband Internet as a utility, which would give the FCC the power to regulate Internet the way Wheeler and others would like it to.

Telecom companies are not happy about the prospect, but it’s worth pointing out that they have repeatedly had success challenging net neutrality in court. Most recently, the FCC lost a case against Verizon (NYSE:VZ) in January that resulted in net neutrality being overruled. At the time, Wheeler vowed to rewrite the rules and attempt to get net neutrality put back in place.

The unsatisfactory changes to the rules that basically give telecom companies what they wanted in the first place are all that has come of the rewrite, but if the rules don’t stand up in court, it’s uncertain what else the commission could to do maintain a completely free and open Internet space.