The Google Bulls Are Charging, But It’s Time For a Pullback 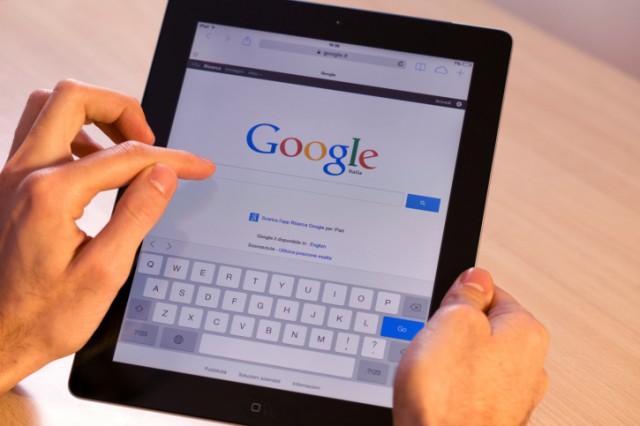 Friday couldn’t have been a more bullish day for Google (NASDAQ:GOOG)(NASDAQ:GOOGL). The stock soared nearly 4 percent, sending the company’s market capitalization to more than $400 billion on the company’s earnings release. Meanwhile, analysts raced to increase the company’s price target on this news. They now have a $667 per share price target versus the current $595 price, which means that there is 12 percent upside. Furthermore, there is not a single “sell” rating on the stock out of nearly 50 analysts.

But I’m not convinced. First of all, the shares trade at a whopping 30 times earnings. This is simply too high. A company that trades at 30 times earnings needs to be rapidly growing its earnings, and it needs to have room to do so over a long period of time. Google’s earnings growth has been good, but not high enough. But what concerns me more is the company’s size. Larger companies inherently have a more difficult time growing because it takes much larger market actions for them to move the needle. For instance, if the company wants to grow its earnings by 30 percent year over year, it needs to increase its earnings by about $5 billion, and this is no easy task.

Second, I think the company’s earnings weren’t so spectacular. The company grew its sales by 22 percenr, or from $13.1 billion to $16 billion. Earnings grew by just 6 percent from $3.2 billion to $3.4 billion, reflecting compressing margins. Cost per click numbers continued to fall, although the market was pleased that the rate of decline is slowing. Furthermore, Web ad growth continues to slow.

The company is too big to grow fast enough to support the current multiple, and current earnings support this claim.

But the worst thing about Google from an investment standpoint is that analysts and investors are simply enamored by the company’s revolutionary products and its dominance in a new and exciting realm of industry. However, little of this is being converted into stable and sustainable cash flow.

The fact is that Google, from a cash flow perspective, is an advertising company not unlike a media company. And despite all of the advances that it has made, Google has failed to fully monetize its innovations to the point that the company makes for an attractive investment. We can see this very clearly from its earnings, which show heavy investment in talent, R&D, and in acquisitions, and yet it was only able to grow its profits at 6 percent from the same period last year because the value of the commodity that it sells – advertising “clicks” – continues to fall.

With this in mind, I think that Google is more of a great story than a wise investment, much like Amazon (NASDAQ:AMZN) or Facebook (NASDAQ:FB), which have compelling stories regarding their innovation but which have yet to demonstrate how these stories and how this innovations converts into cash flow. Google is better than these other two companies considering that it actually generates relatively strong profits. But I think this is one of the reasons why investors have gravitated toward Google, and why it trades with such a high price-to-earnings multiple, which, given historic norms, looks to be extremely lofty.

With this in mind, I think Google has a great story, and maybe the company has something in the pipeline that will generate the cash flow that I believe is missing. But for now, Google is a highly valued company that is priced for perfection despite the fact that we see many things about the company that aren’t so perfect, and which give me reason for concern.

With that being said, the stock may be appealing on a pullback, but for now, it is too speculative for my tastes, and I am staying on the sidelines.

Disclosure: Ben Kramer-Miller has no position in Google or in any of the stocks mentioned in the article.