‘The Last of Us Remastered’ Review Roundup: A True Masterpiece 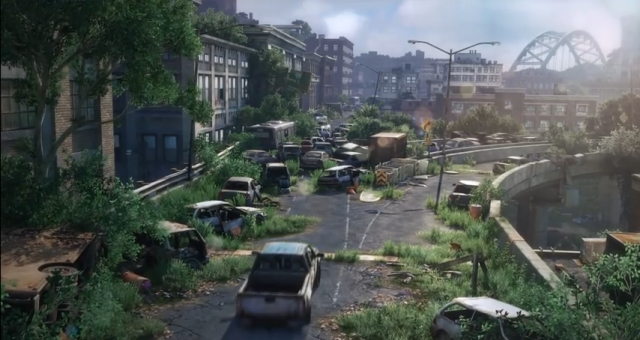 The best game so far for the PlayStation 4 has just been released, and it’s a remastered edition of a PlayStation 3 game. The Last of Us Remastered is a souped-up version of the 2013 original, with full 1080p graphics, video quality that hangs steady at 60 frames per second, and all of the downloadable content available for no extra charge. The reviews are in, and the consensus is clear: The game’s quality hasn’t declined one iota in the year since its original release. The new edition currently stands at “universal acclaim” status on Metacritic, with a score of 95 out of 100.

In case you missed out on it last year, The Last of Us tells the story of a man named Joel and a 14-year-old girl named Ellie who make their way across a post-apocalyptic United States. It isn’t exactly a zombie outbreak that has destroyed the world’s population — it’s a fungal infection that turns people into mutated maniacs that make chilling click sounds before they leap on your back and bite through your jugular. Worse, you can’t even count on your fellow humans for support, as many of them are every bit as antagonistic as the fungal mutants.

But just describing the game by its setting does it a disservice. Many games take place in similar worlds, but The Last of Us stands out because of its characters. Players get a deep sense of who Joel and Ellie are as their relationship develops in a beautiful, realistic way. Much of this is due to the ability of the voice actors, who are very much up to the task. According to Kotaku’s review of the original game, “The actors have an uncommon chemistry and fearlessly tackle their roles; time and again they’re faced with difficult, emotionally raw material, and time and again they deliver.”

The most noticeable change between the two editions of the game is the visual upgrade. Game Informer writes: “The PS3 version of The Last of Us was no graphical slouch, but Remastered’s improvements to the detailed character models, lighting system, and framerate dramatically elevate it above the original. Looking at the two versions side by side, it’s remarkable how much smoother and crisper this new version is.”

According to IGN, the higher framerate makes a difference that’s more than skin deep. “Doubling the framerate doesn’t only provide an obvious aesthetic boost; it enhances gameplay, too. The most hardcore competitive shooters on consoles — like the Call of Duty series – run at or near 60 frames because it makes the shooting that much more fluid, responsive, and accurate. You’ll see similar effects in The Last of Us Remastered during gun battles.”

The DLC included in the remastered edition contains the “Left Behind” single-player prequel chapter, as well as the multiplayer “Abandoned Territories Map Pack” and “Reclaimed Territories Map Pack.” An additional eight multiplayer maps have also been added, plus an optional commentary audio track that you can listen to as you play through the game’s campaign. To take advantage of how gorgeous the upgraded visuals look, the developers have also added a photo mode that lets you snap a screenshot at any time. You can add frames and filters to the images, and share them with friends on social networks.

The “Left Behind” DLC chapter is worth highlighting because it received separate reviews at the time of release, earning a score of 88 out of 100 on Metacritic. This chapter tells takes place before the events of The Last of Us and tells a story about Ellie and her friend Riley as they sneak out of their military boarding school. Of the chapter, GameSpot says, “Left Behind crams more memorable moments into its short running time than you find in most full games, and it understands that some of the most important moments we share with others are the smallest: a brief glance, a fleeting smile.”

So if you have a PlayStation 4 but haven’t played The Last of Us, buying the remastered version is a no-brainer. If you’ve played the game and wouldn’t mind spending more time with the characters in another stroll through the beautifully realized game world, the new visuals, DLC, and commentary track are worth the price of admission, especially if you’ve already unplugged your PlayStation 3.

Most of this year’s big PS4 games aren’t being released until the fall, anyway. That gives you plenty of time for another play-through of one of the best games ever made.