The Robotics Industry Is on the Verge of an Incredible Breakthrough 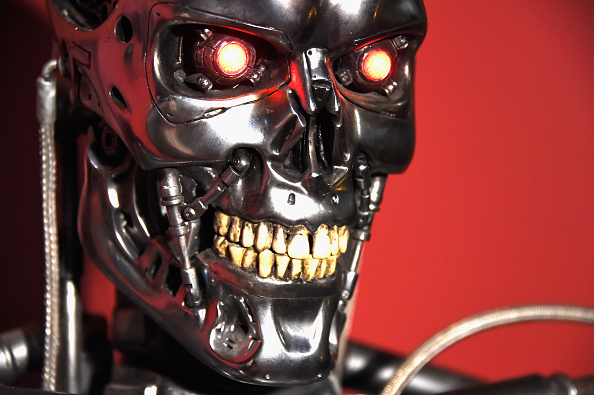 Sometimes there are ideas that are better off staying ideas. The atomic bomb, Jurassic Park, and Smucker’s Goober peanut butter and jelly combination are all such things, and yet their creators simply couldn’t resist (even in the world of fiction). And now, a group of researchers is standing on the precipice of bringing another worrisome element from a very popular science fiction franchise to the real world, and the potential is, well, rather intriguing — though still somewhat scary.

If you’re a fan of The Terminator — the classic time travel and artificial intelligence story starring Arnold Schwarzenegger — then you’re probably familiar with the T-1000, a shape-shifting robot played by Robert Patrick in the franchise’s second installment. The T-1000 was frightening, to say the least, and scientists are about to scare the pants off of everyone by ripping the essence of the machine out of the ether and producing one for themselves. Yes, scientists have developed a self-powered, shape-shifting, liquid metal motor that has the ability to move around and even “squeeze through complex shapes.”

“The soft machine looks rather intelligent and [can] deform itself according to the space it voyages in, just like [the] Terminator does from the science-fiction film,” said Jing Liu from Tsinghua University in Beijing, as reported by New Scientist. “These unusual behaviors perfectly resemble the living organisms in nature.”

What has been created is essentially a drop of metal alloy, mostly gallium, mixed with tin and indium. Gallium has a unique property when it melts and becomes a liquid at just 30 degrees Celsius (86 degrees Fahrenheit), making it ideal for Liu and other researchers at Tsinghua University to experiment with. The trick was to place the alloy in a special solution of sodium hydroxide, or brine, and keep it in contact with a small piece of aluminum. The aluminum acts as a “fuel source,” springing the metal to life.

It’s complicated, but the end result is an actual shape-shifting metal which has the potential to be adapted for a huge number of practical uses if research continues. At its core, the discovery is really nothing more than a self-powered motor of sorts, which uses energy created through chemical reactions. After a given amount of time, the reaction stops, and thus the energy required for motion is exhausted, making this discovery an exciting, but limited, glimpse at the future.

Liu, the lead researcher, says that this discovery is merely one step in an effort to actually create robots and other forms of artificial intelligence that are “non-rigid” and that can be “reshaped to fly,” New Scientist writes. That’s where the potential commercial uses come in, which should be of huge interest to industry and governments around the world. Actual robots produced from this technology could be used in the health care industry to swim through arteries and veins, by engineers to climb through piping, and in a variety of other ways.

Of course, these would just be the first few steps for this kind of technology. The sky is truly the limit, especially given that artificial intelligence is only the early stages of being fully implemented into large-scale business operations. If, or when, scientists are able to marry robotics and AI with this sort of self-powering, shape-shifting metallic body, then we could quite literally be looking at an early version of the T-1000 from Terminator 2.

Now, is this something to be legitimately worried about? Probably not for a while. After all, this shape-shifting metal has only recently been found and only works under very specific conditions. That’s not to say it won’t be around in the future, but it’s still in the embryonic stage, as far as technology goes. Artificial intelligence as a whole, on the other hand, does have many people on the fence — including some of the best and brightest minds out there, like Bill Gates and Stephen Hawking. As the technology grows and becomes more intertwined with our economy and daily lives, there is definitely the possibility for problems, but that is still a ways down the road.

As for shape-shifting robots, don’t expect to see them next week. But this is certainly a huge first step.