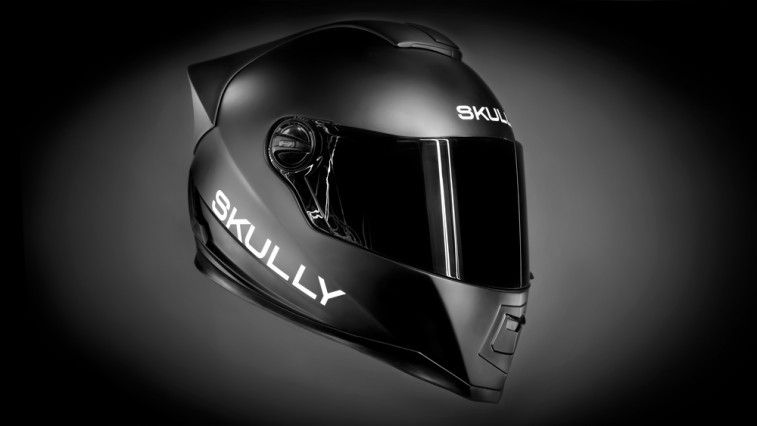 In a time when you can buy a good, basic helmet like the Icon Alliance Dark for $150, spending $1,500 on a motorcycle helmet sounds insane. The guys behind the Skully AR-1, however, think that even for $1,500, their helmet is absolutely worth it. Instead of building a traditional helmet out of exotic materials like carbon fiber, what they’ve done is created the world’s first true smart helmet.

If you’ve never heard of Skully, you’re not alone. The company got its start on Indiegogo, the popular crowdsourcing site, in 2014. A promise of a smart helmet led the founders to raise nearly $2.5 million in two months, 979% more than their original goal. Now, as May rolls around, they’re set to begin shipping those pre-orders soon.

But if it’s a smart helmet, what exactly makes it so smart?

First and foremost, the Skully AR-1 features a heads-up display. Much like the heads-up displays available in cars, it projects important information in the rider’s line of sight, but since the display doesn’t block the visor, riders are able to pay attention to the road while using it. The system itself is intentionally designed to provide the most information possible while making riders safer by minimizing distractions.

The AR-1 also comes with a wide-angle, rear-view camera that allows riders to see nearly a full 180 degrees behind themselves. Since it’s a wide-angle camera and not a set of mirrors, blind spots shouldn’t be a concern, and in production, it should give riders more confidence when it comes time to change lanes, stop at intersections, and make turns. Being able to clearly see behind yourself is always important, especially when stopped in traffic, and the camera on the AR-1 could end up being its most important safety feature. 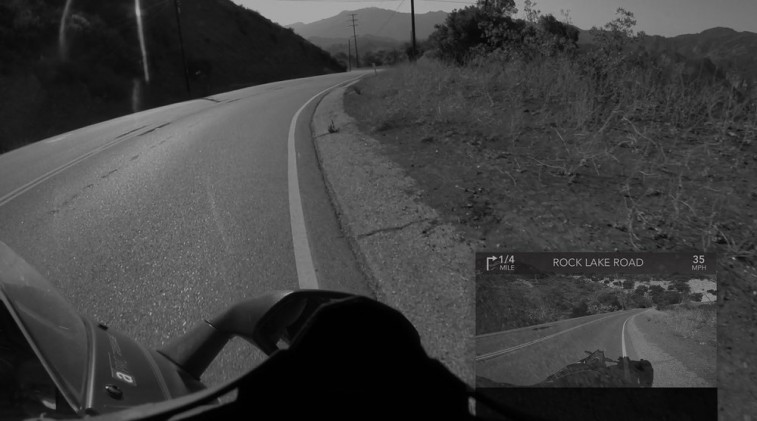 To bring the whole system together, Skully’s founders have developed their own operating system to integrate GPS navigation with turn-by-turn directions and Bluetooth connectivity for your phone. With a phone paired to the helmet, it enables features like streaming music and hands-free calling. They’re also working on being able to integrate data from the bike itself so that a digital speedometer and tachometer could be displayed through the visor as well.

As an added bonus, the AR-1 features an electronically tinting visor that allows riders to shade their eyes at the touch of a button. Unlike traditional tinted visors, the electronic version can be returned to clear at the touch of a button, which means riders don’t have to worry about limited sunlight leaving them unable to see. In most situations, riders shouldn’t have to worry anymore about changing their visor or wearing sunglasses either. It’s a small thing, but it fits into the AR-1’s goal of making sure riders are as safe as possible on their bikes.

Considering how successfully Skully’s Indiegogo campaign was and how many people paid for their helmets in full before ever trying one on, the demand for a true, integrated smart helmet is clearly there. The biggest question is whether the company will be able to deliver its first round of helmets on time and whether demand will continue at a rate that can sustain a profitable company. After the initial campaign ended, Skully received $1.5 million in seed capital and later raised $11 million Series A funding, so there are clearly investors who believe the company can succeed. That said, an email to Skully to confirm delivery dates has yet to be returned.

Even a year later, the Skully AR-1 is one of the most successful Indiegogo campaigns ever. The idea is a great one, and there are a lot of people who are interested in seeing it come to market. Hopefully the company is able to stick to its original timetable and begin delivering pre-orders in May. If it can deliver on its promises without cutting corners or seeing production delays, the Skully AR-1 may actually be the first helmet that’s truly worth its $1,500 price tag.