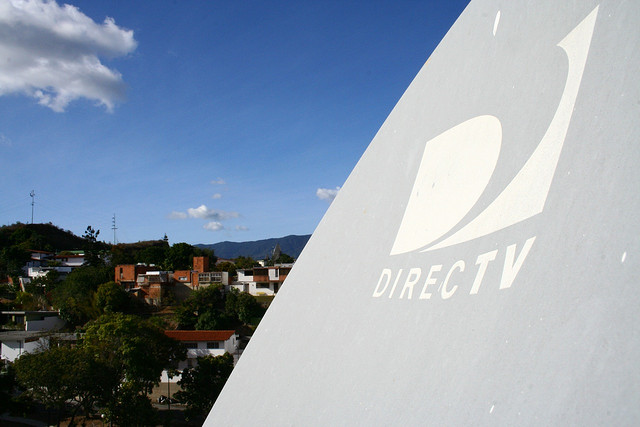 Another day, another dispute between cable networks and pay TV providers to cover. DirecTV (NASDAQ:DTV) has stopped carrying the Weather Channel after the weather forecast network refused to reduce its retransmission fees even as the channel’s ratings have plummeted. The Weather Channel — which is owned by Comcast’s (NASDAQ:CMCSA) NBCUniversal, Blackstone Group LP (NYSE:BX), and Bain Capital Partners LLC — went into blackout on DirecTV in the wee hours of Tuesday morning. The Weather Channel has refused to accept DirecTV’s “substantial reduction” in fees, David Kenny, the head of the channel’s parent company Weather Co., told Bloomberg on Tuesday.

DirecTV thinks that the Weather Channel should decrease its carriage fees by 20 percent to correspond with the channel’s 20 percent drop in ratings, but The Weather Channel is instead seeking a raise of 1 cent per subscriber. “This is not a big increase, and we haven’t had anyone else balk,” Kenny said. The Weather Channel is facing some stiff competition from weather forecast apps and websites that can provide a detailed local forecast at any given moment, not just on the eights of every hour. The channel has also failed to draw much interest with its original reality programming or screenings of films like The Perfect Storm, partly due to the fact that such programming is interrupted by the local forecast every ten minutes.

In an announcement about the blackout on its website, DirecTV listed for its viewers a myriad of websites and apps where they could go for the weather forecast instead, pointedly leaving out the Weather Channel’s own website and apps for Android and iOS. “Consumers understand there are now a variety of other ways to get weather coverage, free of reality show clutter, and that the Weather Channel does not have an exclusive on weather coverage — the weather belongs to everyone,” the company said.

Disputes over retransmission fees, or the fees pay-TV providers pay networks for the right to carry their programming, have become increasingly common in the pay-TV industry. It used to be that providers were forced to accept whatever networks asked or they’d risk losing subscribers with a blackout of the said network’s programming.

But now, television providers have been fighting back against networks as they’ve watched their subscriber numbers dwindle. In recent months, CBS (NYSE:CBS) became unavailable on Time Warner Cable (NYSE:TWC) and Dish Network (NASDAQ:DISH) lost Walt Disney Co.’s (NYSE:DIS) ESPN sports network while fees were renegotiated. Pay-TV companies are finally beginning to realize that pushing the higher fees onto their subscribers won’t be accepted by consumers, who are ditching expensive pay-TV packages for cheap online TV streaming services like Netflix (NASDAQ:NFLX).

“Most consumers don’t want to watch a weather information channel with a forecast of a 40 percent chance of reality TV. So with that in mind, we are in the process of discussing an agreement to return the network to our line-up at the right value for our customers,” DirecTV concluded.