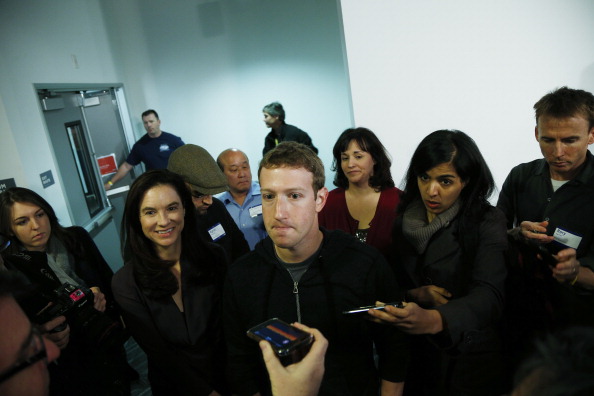 When Google (NASDAQ:GOOG) and Facebook (NASDAQ:FB) get in a scuffle to buy the same company, I decide to start reading in between the lines. For the past several months, rumors had been swirling about Facebook’s interest in Titan Aerospace. But Google was the one to fly in and close the deal. Even so, Facebook has been on a shopping spree.

Recently, Facebook acquired the team of a UK-based drone maker. The team has also made major acquisitions in the last few months alone. In February, it bought WhatsApp — a hugely popular texting service — for $19 billion in cash and stock. WhatsApp had 450 million users at the time, and has now hit the half-billion mark.

Just one month later, founder Mark Zuckerberg announced they were spending another $2 billion to buy Oculus Rift, a virtual reality headset maker. Earlier this week, Facebook announced a slew of new products and features, including a new mobile ad exchange, known as Facebook Audience Network. The goal is to let developers better monetize their apps and naturally lead Facebook to generate some nice revenues. Also, don’t forget about the purchase of Instagram several years ago.

So is this the plan going forward? What do I mean? Let’s face facts. We’re now two years past Facebook’s IPO in May 2012, in which the stock dropped over 50 percent. But, the stock has come back over 400 percent since then. There is a reason for this and it has to do with earnings. In the first two quarters after going public, it reported 0 percent earnings growth. However, in mid-2013, Facebook discovered that leveraging mobile was key to generating revenues as well as a higher share price. To be honest, on my own personal Facebook account, I only access the mobile version.

After mobile, and of course these pertinent acquisitions, in the first-quarter of 2014, Facebook surpassed estimates on both earnings and sales, posting earnings per share growth of 183 percent and revenue gains of 72 percent. For 2014 overall, analysts expect earnings to rise 62 percent, followed by a 28 percent gain in 2015. But with Facebook growing not just organically, but via acquisitions, future share gains can be had through more acquisitions. There are a number of different companies Facebook could be targeting. In terms of the social media atmosphere, that is, reaching new customers and avenues for selling its advertising (and that’s what Facebook really is, a glorified advertising company), the company should be looking to make cheap acquisitions that return a ton of users. One such company is relatively cheap, boasts incredible user growth, and is a target that Facebook should consider before Google jumps in and makes a bid.

That company is MeetMe.

Who is MeetMe and why should Facebook buy this company?

MeetMe (MEET) is a social media company similar to Facebook in many ways, but more a blend of a friendship and dating site. It’s cheap at only $2.70 a share, so the entire company — at a significant WhatsApp-style premium — could be purchased for under $2 billion. But why bother? Well, Facebook needs to reach more users, and MeetMe has had massive progress. In Q4, users were up double digits while mobile revenue grew 128 percent relative to the prior year’s comparable quarter. Mobile average revenue per user exceeds $2.00, while web revenue per user is at $1.40 and comprises 39 percent of the company’s revenue.

This trend is exactly what Facebook is looking for. But what about its advertising? Native mobile advertising is up nearly 50 percent quarter-over-quarter as a source of revenue. Further, daily average users are on the rise as are monthly average users, while Facebook’s growth in this area has declined. It has recently revolutionized the in-application chat feature, allowing real time chats and photos to be sent that ‘self-destruct,’ as well as read receipts. This update will keep users returning. Furthermore, it is clearly a hot company as it was recently ranked number 1 fastest growing internet company in North America on Deloitte’s 2013 Technology Fast 500, a ranking of the 500 fastest growing technology/media companies in North America.

MeetMe is a prime candidate for Facebook’s next purchase. In fact, it would be a good purchase for Google as well if it is looking to bolster up its Google Plus social networking. Facebook is more likely to look to purchase companies that are growing at rapid clips like MeetMe. In the social media space, the likes of Twitter (NYSE:TWTR) and Linkedin (NYSE:LNKD) are far too large to practically buy. However, MeetMe, with its rapid growth and different business model relative to Facebook, is a smart and cheap acquisition to increase the available user base at which to sell its advertising, too. In order to grow its share price, Facebook needs to grow its revenue and earnings, and MeetMe represents a logical way to increase shareholder value.

Disclosure: This article is intended for informational purchases only. It is not a recommendation to buy, sell or hold any security. Christopher F. Davis is long Facebook but holds no positions in any other securities mentioned.