This Journalist Thinks Google Is Giving Up on Glass 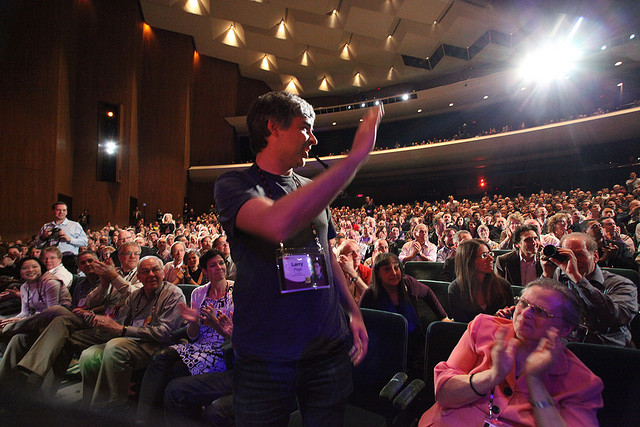 Scoble published a blog post asking the question, “Will Google stick with Glass? I’m starting to be very skeptical.” Scoble believes the company has not been moving forward quickly enough with a product that was introduced two years ago and still has little direction for how consumers are supposed to interact with it. Scoble even accuses Google of not knowing “how to stick with a product,” citing examples like the abandoned Google Wave and the much-in-need-of-improvement Google+ social network.

Sources have told Scoble that Google is still arguing internally about whether or not Glass should be used for gaming, and investors have expressed reluctance to plop down more cash until the company has a better idea how the device is going to be marketed to the public.

Scoble has criticized Google’s strategies developing and marketing Glass in the past. In an article written at the beginning of the year titled “Why Google Glass is Doomed,” Scoble laid out an argument for why he believes Glass won’t be a success when it’s released on the market later this year. Reasons included the device’s high price (it will cost at least $500), the lack of quality apps that have been designed for Glass (even Facebook is difficult to use on the device), low battery life, and a poor user interface.

Scoble said at the time that he didn’t think Glass will become a popular consumer product until 2016 at the earliest, and more likely closer to 2020. Now he’s expressing doubts as to whether Google will stick with the product at all. “It’s amazing to me that for a product that was announced nearly two years ago that Google still hasn’t signaled to the public what really is going on with this product,” Scoble writes. “Worse, I see a lack of CEO support of Glass as a very troubling statement. If Larry isn’t wearing Glass, it doesn’t mean good things for the project.”

“Google Glass is a deeply flawed product and I expected a LOT more improvements by now, 11 months after I first got mine,” he goes on to say.

It seems as though Google is still moving forward with Glass, as the company has been lobbying to fight laws against wearing Glass while driving and has set up partnerships with eye care insurance providers to get prescription lenses for Glass covered by health insurance.

In fact, it seems like one of Scoble’s complaints may be close to being solved. One of the things Scoble says Google needs for Glass is “a real distribution method, er, a store.” It was reported last week that Google is getting close to signing a lease for a retail space in New York City’s trendy Soho neighborhood famous for its upscale shopping and being home to one of Apple’s (NASDAQ:AAPL) biggest retail stores.

Google doesn’t seem to be giving up on Glass completely just yet — and maybe Page simply forgot to put his on for the TED Talk — but Scoble does have a point that there are numerous major issues that need to be worked out before the device will become popular among the general public. The sooner Google works those out, the better.