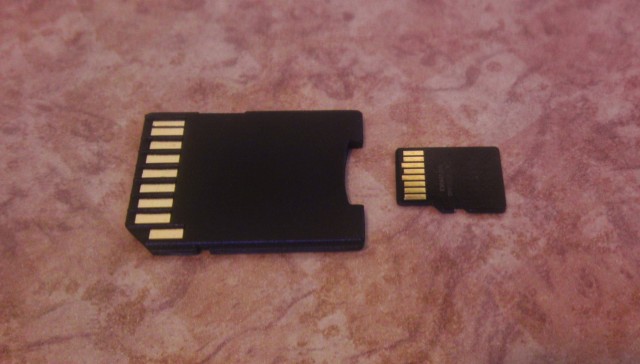 Computer technology has two major trends that it follows as time progresses: it gets better and it gets smaller. A 1-gigabyte hard drive from a decade ago that might have taken two hands to hold can now be crammed a hundred times over into a chip that would sit on the tip of your pinky with almost no weight at all, or several thousand times over in a device the same size as the original. To take the technology another major step forward, SanDisk (NASDAQ:SNDK) and Toshiba (TOSYY.PK) are reportedly partnering to develop ultra-high-capacity memory chips, reports Reuters.

Both Toshiba and SanDisk are major players in the digital memory market. And with smartphones and other more mobile devices gaining prevalence as fast as they have, the demand for bigger memory in smaller sizes is only going to continue to grow. The day will come when the 8 gigabytes available on the cheapest iPhones or even the 64 gigabytes on the most expensive won’t be enough for the kind of video, music, and applications that people are storing on their devices. Aware of this, Toshiba and SanDisk’s move to make higher-capacity memory in a small form factor makes all the sense in the world.

According to Reuters, the two companies will be working together on a new facility to produce 3D NAND memory chips. The plant will replace one of Toshiba’s current plants in Japan. The 500 billion yen ($4.9 billion) price tag on the plant will be split between both companies. NAND memory is nothing new, but 3D NAND will be novel and could lead to major steps forward in the capabilities of small, mobile devices.

At present, some of more spacious the consumer-grade flash storage cards top out at 64 gigabytes or 128 gigabytes – though for a lot of cash, some go extra high, getting as much as 256 gigabytes into a standard SD card form factor. According to Tech2, a Toshiba spokeswoman said, “we would like to produce 1-terabyte products,” aiming to do so five years after the plant opens for operation, which is planned for 2016. This would be a major step ahead of the 1 gigabyte, book-size hard drive mentioned earlier, as it would be 1,000 times greater in capacity and as small as ever.

Also reported by Tech2, a Toshiba spokeswoman said, “Small, high-capacity memories can of course be applied to smartphones, but they could also be used for wearable devices.” It’s clear that both Toshiba and SanDisk have the future of the mobile tech industry in mind with their advanced storage technology. For the storage of things like lossless audio and larger apps, the memory would be necessary, not to mention the storage and capture of ultra-HD 4K resolution for video.

With their already strong position in flash storage and their clear, active pursuit of great memory technologies, SanDisk and Toshiba are likely to secure their positions in the future of mobile. Of course, they will still have competition, as other companies in the sector — such as Samsung (SSNLF.PK) — will surely set their eyes on the future of mobile memory, as well.