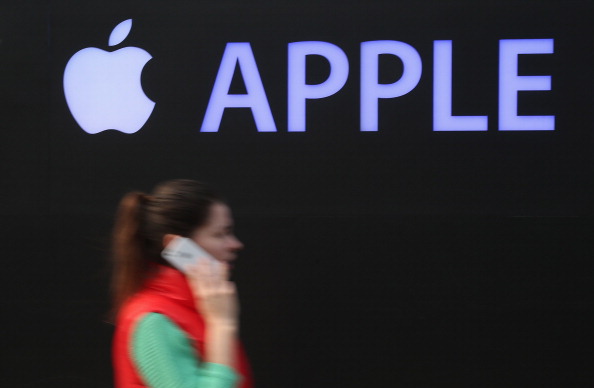 Every year, Apple (NASDAQ:AAPL) hosts its Worldwide Developers Conference, for which it invites developers from (you guessed it) all over the world to come and see new versions of their mobile and desktop operating systems. At the event, developers can participate in demos and feedback sessions with Apple engineers to learn how to write better apps that take advantage of what the OSes have to offer.

With this year’s WWDC coming up on June 2, it’s no great stretch to predict that the company will debut new versions of their two major operating systems, iOS for iPhone and iPad and OS X for Mac. The Apple-focused site AppleInsider has been analyzing the web traffic to its site and has found evidence of machines running the unannounced iOS 8.0 and OS X 10.10 operating systems for the past few months. Presumably, these devices are owned by Apple and being operated by Apple employees responsible for testing the software.

While looking at their web traffic data, AppleInsider has noticed a few patterns. The traffic from devices running the upcoming operating systems grew steadily toward the end of 2013, but has evened out over the last month or so. Also, the OS X 10.10 traffic tends to decrease greatly over the weekends, while the iOS 8.0 traffic remains fairly steady. That suggests that Apple employees with access to the operating systems are bringing the mobile devices home with them and using them over the weekends, while the machines running the upcoming desktop software probably remain at the office. During peak traffic times, more machines running OS X were tracked than machines running iOS.

What all of this means is that Apple is probably finishing up its in-house testing prior to announcing both new operating systems during the keynote on June 2 at WWDC. For reference, it was during the same keynote last year that they announced the current operating systems, iOS 7.0 and OS X 10.9.

In the original announcement for WWDC this year, Apple wrote, “‘We have the most amazing developer community in the world and have a great week planned for them,’ said Philip Schiller, Apple’s senior vice president of Worldwide Marketing. ‘Every year the WWDC audience becomes more diverse, with developers from almost every discipline you can imagine and coming from every corner of the globe. We look forward to sharing with them our latest advances in iOS and OS X so they can create the next generation of great apps.’” So the company didn’t come right out and say new OSes are incoming, but it definitely implied it.

Among the rumors of what Apple will add to iOS 8 are Shazam integration, public transportation information in the Maps app, and a Healthbook app to track things like nutrition, weight, and physical activity. iOS 8 is also expected to further refine the “flat” design language that debuted with iOS 7.

On the desktop side of things, fewer rumors have escaped the Cupertino-based company to date. Much of the speculation has revolved around OS X 10.10 receiving a flatter design to bring it more in line with the visuals of iOS 7. Some people also expect Apple to bring Siri to the desktop, along with a better implementation of the iCloud file storage system.