The Go Unlimited plan runs $75-$175 and gives customers unlimited LTE data. However, if the network experiences congestion, Verizon can throttle your speed at any time. Video streams are limited to DVD quality, otherwise known as 480p. If you choose to use the Verizon hot spot, you’ll be limited to 600 kbps. “If you like DVD-quality streaming and don’t use a lot of hotspot data, Go Unlimited is for you,” Verizon writes on their Web site. 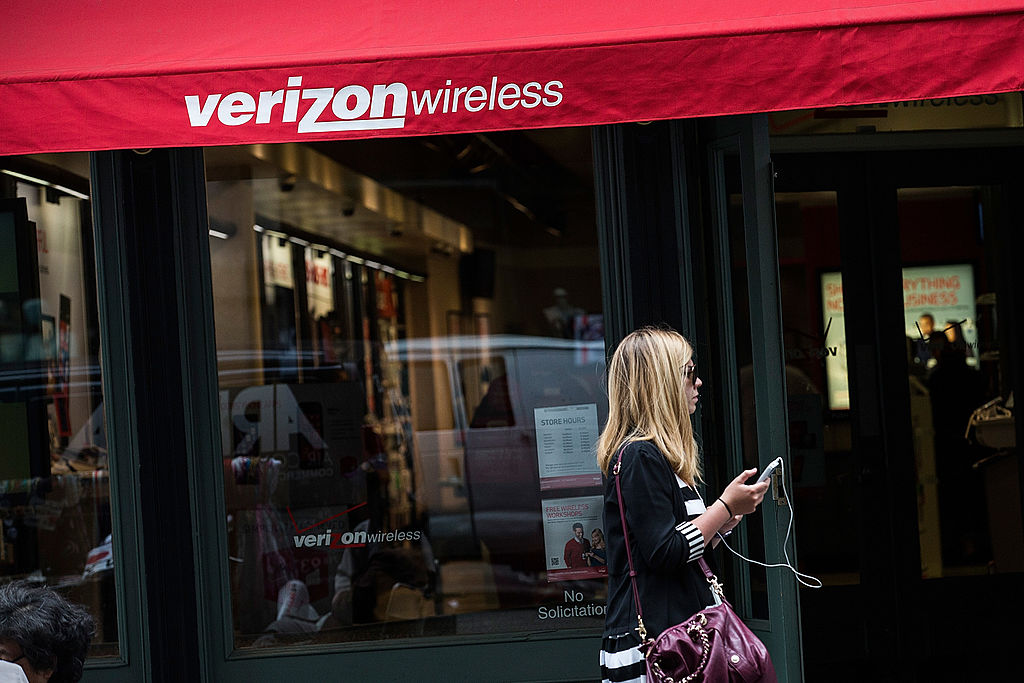 A woman uses her phone while walking past a Verizon Store in New York City’s SoHo neighborhood. | Andrew Burton/Getty Images

The next plan up is the Beyond Unlimited plan which runs $85-$185 and gives you unlimited data without being slowed down until you hit 22GB in a given month. After that threshold, your connection may be slowed down further in times of network congestion. With this plan, you also get HD video streams, but that is limited to 720p resolution on phones. Hot spot data is at LTE speed until you hit 15GB for the month. This plan also includes free calls, texts and data in Mexico and Canada. “If you love HD-quality streaming, use a lot of hotspot data and call Mexico and Canada, Beyond Unlimited is for you,” advertises Verizon on their site.

Verizon provides terms for the Business Unlimited plan here. Prepaid plan options exist as well, including one which provides unlimited LTE speed unless there is network congestion, for $80. For this plan, video quality is capped at 480p as well. 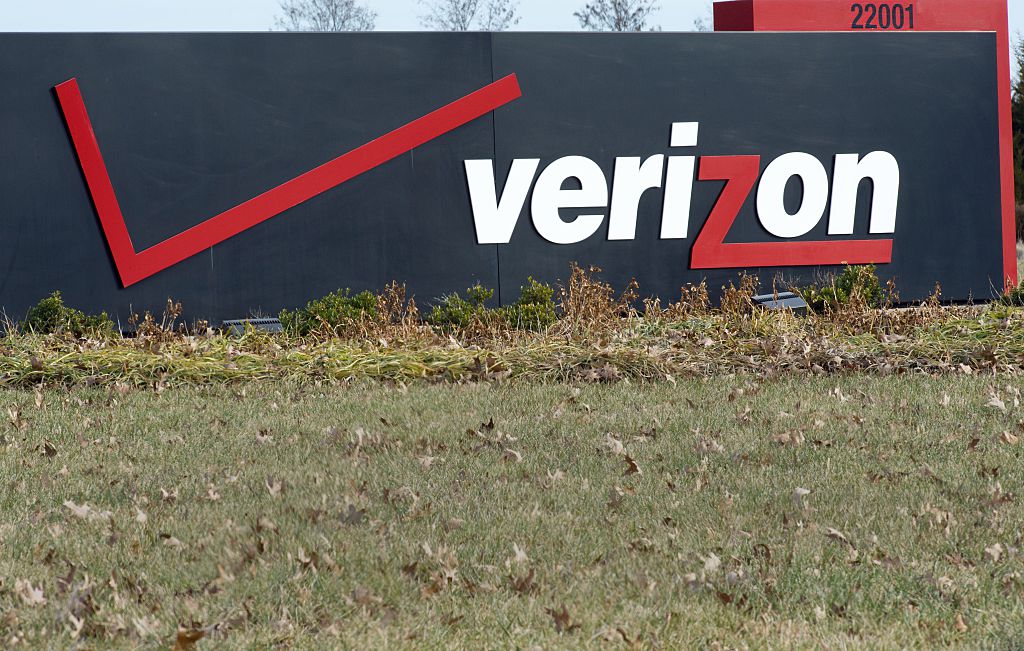 The Verizon logo is seen at the headquarters in Northern Virginia. Paul J. Richards/AFP/Getty Images

For years, Verizon did not offer an unlimited plan except for those who already were grandfathered in to an old unlimited option. Then Verizon started selling unlimited data plans in February of 2017, and the carrier said at that time it would deliver video speeds at the same resolution used by streaming video companies. The plan back then stood out among competition because it provided a 10GB hotspot allowance for HD video, which fueled thousands of new sign-ups and strong Q2 results for the company, reported Chris Mills for BGR.

However, Verizon’s existing unlimited data plan customers will be subjected to the new video throttling terms, including those who were grandfathered into even older unlimited plans. “The only reasonable explanation I can see for throttling video to 1080p – even on the most expensive plan – is that it was causing problems for the network,” Mills speculates.