What ‘Battlefield Hardline’ Did Wrong 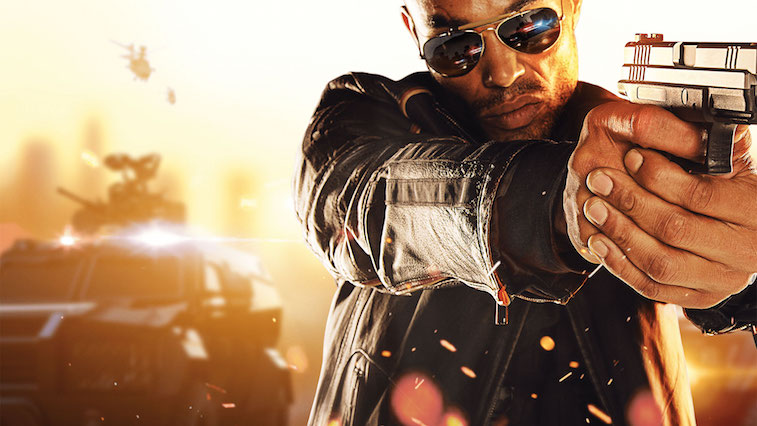 Electronic Arts’s latest triple-A shooter is here, and the people have spoken: Battlefield Hardline isn’t quite up to snuff. It’s not a bad game. It features most of the gameplay elements fans of the series have come to expect. But the new elements don’t quite mesh, and the game doesn’t hold together as the hugely satisfying experience fans wanted. What did it do wrong, and how could it have been better? Let’s dive in and take a look.

The campaign fails to impress

Battlefield Hardline’s campaign is styled like a TV show, with the action broken into episodes that each have a narrative arc. Episodes begin with a “previously on” segment, then feature a setup, rising action, and a climax. It’s a tried-and-true format for long-form story telling, and it makes sense here.

The problem is that the story doesn’t strive for anything beyond typical action schlock. Think Bad Boys or Miami Vice. Characters lack motivations, and betrayals and plot twists seem to fall from the sky. It ends up playing out like a cheesy ’90s cop show, which is to say it doesn’t rise above the mediocre campaigns of many modern shooters.

On top of that, the set pieces are all ones we’ve seen before: the prison escapes, the turret battles, the stealth missions set in mansions. It takes more than recycled parts to stand out, but Hardline doesn’t seem interested in trying.

Previous Battlefield games take place in war zones, so the shift to cops and criminals calls for some new gameplay mechanics. Hardline introduces a few new ideas, but they end up feeling tacked on.

In many situations you can arrest suspects rather than kill them. To do that, you flash your badge at up to three enemies and handcuff them while keeping your weapon at the ready. This is all fine and good, but it’s generally more fun to shoot enemies in shooters. Here, shooting takes a back seat all too often. 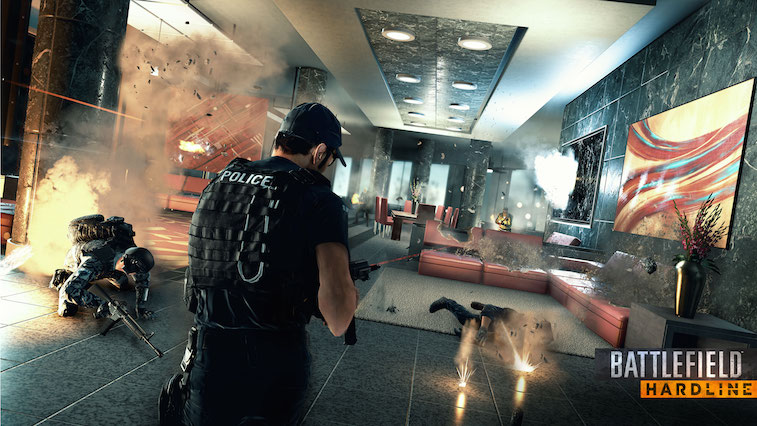 You’re also encouraged to use a stealthy approach, sneaking up on enemies and staying clear of their Metal Gear-style cones of vision shown on the mini-map. A number of missions have you accompanied by a partner, who can and will run in front of enemies while you’re sneaking up on them. Oddly enough, your partner is invisible to enemies. Your cover somehow remains intact, even though a cop just passed directly in front of the criminal. It’s bizarre.

These policing elements are fine ideas, but they don’t feel fully cooked, and too often they impede what might otherwise be fun.

The multiplayer mode plays it safe

Most Battlefield fans play the series primarily for the multiplayer mode. Perhaps that’s why developer Visceral didn’t want to shake up something that was already working.

It sounds strange, but moving the action from a war zone full of soldiers to an urban setting filled with cops and criminals doesn’t actually change the gameplay very much. Some things have been added and removed, but these are mostly minor touches. Gone are the jets you could pilot in previous Battlefield games. New to the series are grappling hooks and zip lines.

A handful of new modes are introduced, but there’s simply not enough here to woo diehard Battlefield 4 players to the new game.

It’s not an essential game for fans of the series

Battlefield Hardline scored a respectable 75 on Metacritic, so it’s not a bad game. But when a company like EA announces a fundamental shift in a major franchise and then fails to capitalize on it in any meaningful way, it comes off as a missed opportunity.

Fans were promised an innovative game that would push the franchise forward. What we got was just another Battlefield, with some half-baked policing mechanics. It’s not the end of the world, but it’s not what we were hoping for, either.