What Does Hollywood Really Think of Google? 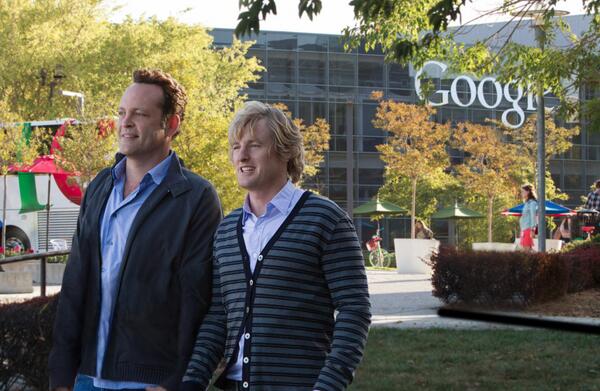 Emails leaked in the recent Sony hack show that major powers in Hollywood are working together to stop Google. Hollywood not only believes that Google enables online piracy — despite tweaks to its algorithm to make finding pirated movies more difficult — but is afraid of the power that Google wields on the Internet and in the form of influence on Congress. Major studios that, as Business Insider reports, generally compete fiercely against each other are teaming up with each other and with the MPAA to defeat an enemy whom they don’t name in a series of emails, instead referring to Google as “Goliath” in the same manner that characters of the Harry Potter universe call Voldemort “he who must not be named.”

The Verge reports that in dozens of emails leaked in the recent Sony hack, lawyers from the Motion Picture Association of America (MPAA) — a trade association that represents the six major studios — and from those studios themselves discuss Goliath as their most powerful and politically relevant adversary in the ongoing battle against online piracy. The emails discuss “the problems created by Goliath” and speculate about “what Goliath could do if it went on the attack.” Emails show the lawyers planning a multiyear effort to “respond to / rebut Goliath’s public advocacy” and “amplify negative Goliath news.” The Verge’s Russell Brandom reports that while it’s difficult to say for sure who Goliath is, significant evidence suggests that Project Goliath is an effort mounted against Google.

At the beginning of 2014, the MPAA and Universal Studios, Sony Pictures, 20th Century Fox, Paramount Pictures, Warner Bros. Entertainment, and Walt Disney Studios joined together to begin a new campaign against piracy. The Verge reviewed documents that laid out the beginning of a new plan to attack piracy after the MPAA’s controversial effort to back federal anti-piracy legislation, known as SOPA and PIPA, failed. As the Los Angeles Times reports, the campaign was derailed three years ago by opposition from Google, other tech giants, and activists, who considered the bills an intrusion on Internet freedom.

An email sent on January 25 lays out a series of what The Verge characterizes as legally and technically ambitious new tools, including measures that would block infringing sites from reaching the customers of many major Internet service providers. The plan involves attacking piracy by working with state attorneys general and major Internet service providers like Comcast to expand courts’ power over the way data is served. The Verge notes that if successful, the efforts would fundamentally alter the open nature of the internet.

According to the email, the group has retained technical experts and is working with Comcast, which owns Universal, to develop ways to block or at least identify illegally shared files in transit. Per The Verge, MPAA general counsel Steven Fabrizio said: “We start from the premise that site blocking is a means to an end. There may be other equally effective measures ISPs can take, and that they might be more willing to take voluntarily.”

But that strategy involves taking on considerable political risk. Fabrizio continued, “In the post-SOPA world, we need to consider the extent to which a strategy presents a risk of a public relations backlash whether a strategy might invigorate and galvanize the anti-copyright forces we saw in the SOPA debates.”

SOPA, short for the Stop Online Piracy Act, proposed site-blocking measures in 2011, and even though it was defeated by outcry from tech companies, advocates, and consumers, emails reviewed by The Verge indicate that Hollywood hasn’t given up on the idea. An email notes, “We have been exploring theories under the All Writs Acts, which, unlike DMCA 512(j), would allow us to obtain court orders requiring site blocking without first having to sue and prove the target ISPs are liable for copyright infringement.” The Verge explains that the only thing standing in their way is Goliath.

The venture is referred to repeatedly as “Project Goliath.” It’s an effort to take Goliath down, and each studio is contributing funds toward a project that will benefit them all. One email includes an attachment titled “Search Engine Piracy Discussion (MPAA Discussion),” suggesting that the name represents Google. A number of emails include examples of copyright-infringing search results on Google, pointing to Hollywood’s consistent issue with the persistence of file-sharing links in Google search results.

Hollywood plans to use a variety of tactics to fight Goliath. One of those is legal, and involves convincing state prosecutors to take action. Counsels report a growing group of attorneys general who are willing to fight Goliath, and the group has budgeted $500,000 per year for legal support. In some of those emails, Google comes up as a specific target of potential legal action.

The fight against Goliath also has an investigative side, with some emails describing another proposed project called “Keystone,” which, with a budget of $70,000, is devoted to gathering enough evidence against Goliath to provoke action by the state attorneys general. One such message reads, “There is only so far we can get with the AG’s unless we develop better evidence and intelligence against Goliath, and that is the budget for Keystone.”

The emails indicate that the group is prepared for a multiyear battle, and The Verge reports that some messages show the group looking to articles on political corruption as a kind of instruction manual, with one email seeing the MPAA’s senior vice president of state government affairs circulating a New York Times series on how lobbyists exert influence on state attorneys general. The Verge notes that the series details many of the tactics at work in Project Goliath, including hiring former attorneys general as counsel and targeting officials at the state level, where lobbying dollars may stretch further.

The emails also reveal what The Verge characterizes as a “remarkable hostility towards Goliath,” plus a “persistent desire to stop copyright infringing traffic as it moves across the web.” That position puts Hollywood in direct opposition with many of the guiding principles of the Web, and therefore in conflict with many of the companies that have grown powerful on the Web and want to protect — or, in their own way, control — it. Project Goliath is Hollywood’s effort to put up a fight against a status quo that one counsel noted “has not exactly been favorable for us and, absent our doing something, it doesn’t promise to get better anytime soon.”

An update to the original story on The Verge notes that blocking pirate sites is such a strong focus that the MPAA often rules out incremental efforts aimed at fighting piracy because it believes they would stand in the way of the ultimate goal of restricting users from browsing certain sites. SOPA’s 2011 failure seems to have scared the MPAA away from efforts to pass new laws, so the group is looking for more aggressive ways to interpret existing law, perhaps by  using “no-fault” injunctions that don’t require wrongdoing by ISPs.

That would enable the MPAA and the six involved studios to respect the DMCA’s safe harbor clauses but still block copyright-infringing content on the Web. If such legal arguments succeed, Hollywood could get site-blocking powers without needing to implement another SOPA-style law. Another possibility is to go through the International Trade Commission, which could, in a more complex scenario, potentially require ISPs to block pirate sites.

The MPAA shows a single-minded focus on site-blocking as the most important tool in its fight against piracy. The Verge notes that that necessitates an all-or-nothing approach. When Hollywood goes after site-blocking powers, it can’t pursue more “peaceful” measures, like seeding promos on torrent sites or steering file-sharing users to paid downloads. It also forces Hollywood into an aggressive confrontation with Google, which has pushed for control of the open Web.

The leaked emails show that Hollywood not only thinks that Google is enabling piracy online, but that studios fear the power that Google has gathered not only on the Internet, but even with Congress. As major studios and the MPAA seek to develop a legal argument and a technical solution to block piracy, they blame Google for what many consider their inability to adapt to a changing market.

As Google fights piracy and makes it harder for users to find unauthorized content, the Project Goliath emails show that Hollywood’s fight is just as much about Google as it is about the piracy that it believes Google enables. Regardless of whether it’s right the battle to fight, the emails show that Hollywood likely won’t give it up anytime soon.