What Does Lenovo Want From IBM? 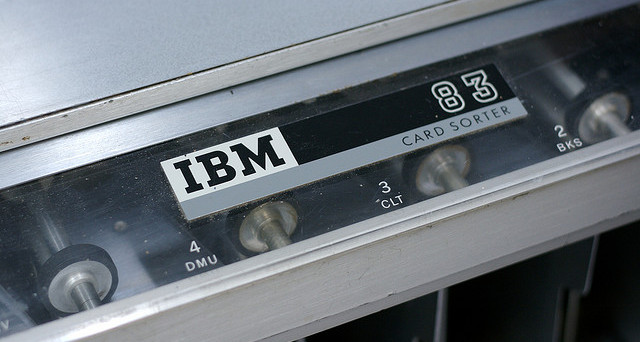 Rumors are flaring up again that Chinese PC maker Lenovo (LNVGF.PK) is in talks with International Business Machines (NYSE:IBM) to purchase the latter’s low-end server division, according to a source who spoke to Reuters.

Last year, Lenovo and IBM failed to reach an agreement on the purchase due to price. IBM at that time had been hoping to get between $4 billion and $6 billion for the server unit, while Lenovo was only willing to offer $2.5 billion, Reuters reports. Now that IBM has given several disappointing quarterly results, the price for the unit has fallen to between $2.5 billion and $3 billion, according to analysts cited by the news service.

Last week, Lenovo confirmed to  that it was in talks with someone regarding an acquisition of a server business but wouldn’t get any more specific.

Such a deal would be beneficial for both companies. IBM is looking to turn away from hardware to focus on cloud-based services and cognitive technology, and Lenovo wants to get in on the server market. Lenovo has been highly successful in the PC market, surpassing Hewlett-Packard (NYSE:HPQ) to become the world’s largest personal computer maker last year, but as that market shrinks, the company is looking to expand into mobile devices and data storage.

“While Lenovo is new to the enterprise space, we have aspirations to quickly become a challenger to established vendors in the [enterprise] space,” a Lenovo spokesperson told the Wall Street Journal.

Analysts cited by both Reuters and the Journal seemed optimistic about the potential deal. Selling the server business could help IBM prove to investors that it’s moving forward with plans to rely less on hardware, and Lenovo has already proven that it can be very successful with acquisitions. Lenovo’s entire PC business is based on an earlier acquisition of IBM’s Thinkpad PC division back in 2005.

“Everybody wins because even if IBM could double the profitability it’s still not good enough for IBM. On the other hand, Lenovo doubling the server business margins is a good deal for Lenovo,” Alberto Moel, a Hong Kong-based analyst at Sanford C. Bernstein, told Reuters.

IBM is due to report its latest quarterly results after the closing bell on Tuesday.