What Makes a Good Apple Watch App? No One Knows Yet 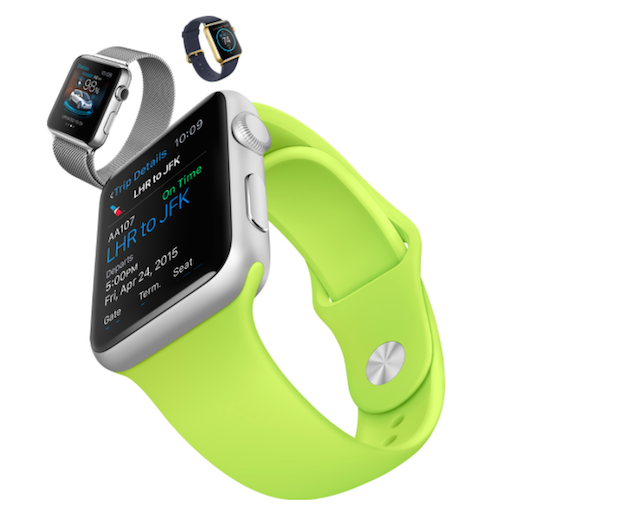 What makes a good Apple Watch app? Frankly, we don’t yet have any idea. But that hasn’t kept thousands of developers from trying to figure it out. Writing for The Wall Street Journal, Daisuke Wakabayashi reports that Apple opened the App Store for the Apple Watch just ahead of the first shipments reaching customers who were among the first to preorder the new watch.

More than 3,000 apps were available when the App Store opened. Building an app for the Apple Watch is a completely different game than designing one for the iPhone, but it’s clearly a game in which developers want to hit the ground running.

Jacob Kastrenakes reports for The Verge that though Apple has been inviting developers both big and small to trial sessions with the Apple Watch, developers are largely releasing apps that they don’t have much experience using. Kastrenakes notes that while that task sounds daunting — if not downright impossible — developers are excited about it.

“We had to design an app for a device that we didn’t have, that we couldn’t use, that doesn’t exist yet,” Andrew Phelps, product manager for an Apple Watch app from The New York Times, told The Verge. “That was a totally fun and crazy challenge for us.”

But no one really knows what makes a good Apple Watch app yet. Though Apple has laid out guidelines for developers — among them the advice that interactions on the Apple Watch should last just 10 seconds or less — even the company behind the Apple Watch doesn’t know how people are going to want to use the device.

Ariel Michaeli, chief executive of analytics firm appFigures, an app store analytics firm, told The Wall Street Journal that developers are experimenting with different approaches to watch apps, and alternately designing apps that act as extensions of their iPhone apps or offer a separate experience. (Some are doing a bit of both.) Michaeli predicted: “I think the market will go through a long period of testing. If we learned anything from the iPhone, we learned that users control the direction.”

Developers almost have to have an app ready to go before they’re able to get their hands on the Apple Watch to test things out, because waiting until the watch has hit the market and is already in use by the earliest adopters could mean losing users and publicity to other apps. So thousands of developers have readied Apple Watch apps for the device’s launch, building apps that can help users complete a task faster than the phone app could, or apps that get you to use the iPhone app even more.

While some apps simply offer information with which you don’t really need to interact — a weather forecast, for example — others have more complex functions. So many developers are using the watch to enable users to complete small tasks from their wrists but send them back to the corresponding iPhone app when a more complex or time-intensive interaction is necessary. In this way, an Apple Watch app represents an obligatory part of the mobile ecosystem for many of the developers and companies behind your favorite apps.

Jamie Hull, Evernote’s vice president of mobile products, tells The Verge that Evernote built its watch app to automatically surface stored notes that are relevant to what the user is doing. But to actually read those notes, Evernote will direct you to its app on your iPhone. “We gave ourselves sort of a design rule of thumb: you should be able to get it done in three to five seconds, and if not, we want to bounce you back to the phone,” Hull explained.

The New York Times’ watch app displays stories that have been reduced to a single sentence in length and enables users to add those stories to a reading list they can access later on their iPhone. Breaking news alerts will be handled in a similar way.

A problem, both for users and for developers, are the limitations that come with the Apple Watch’s status as a first-generation product. Because of the device’s limited processing power and the fact that almost all app data is handled and then transmitted by the paired iPhone, the watch reportedly has some performance issues. Developers need to carefully build apps with these issues in mind to avoid long loading times. They also have unexpected behavior in both the hardware and the software to contend with.

Simplicity is the key word for Apple Watch app developers for now, both because the platform is new and unfamiliar and because building something complicated right out of the gate would be nearly impossible. An anonymous developer told The Verge that there are simply too many issues that an app could run into in going for a complex experience.

“Honestly, I don’t know how somebody could build a Watch app without having gone into [Apple’s] lab,” the developer said. Watch apps are expected to evolve in the same way that iPhone apps did, and symbols, layouts, and interactions will be standardized by developers and familiar to users.