What Will the First Apple Watch Apps Look Like? 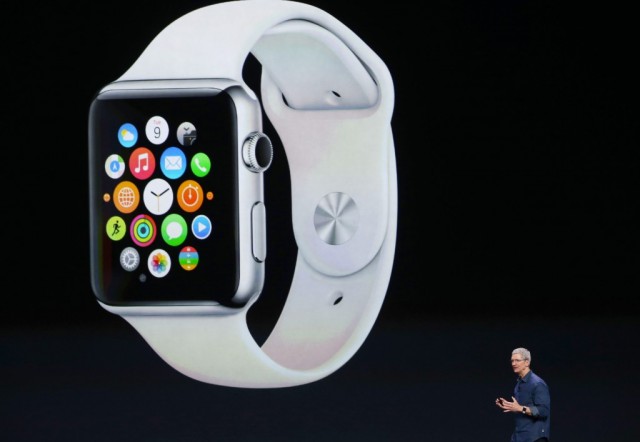 What will the first apps for Apple Watch look like? The first experiments and mockups are out, and it looks like we won’t need to wait until the hardware hits Apple Stores to find out how Apple Watch apps will look, how well they’ll function, and what they’ll be capable of doing.

TechCrunch’s Darrell Etherington reports that while the Apple Watch will arrive in April, developers are being told to have software ready to ship by February. Apple likely wants enough time to ensure that everything runs smoothly the new hardware, especially given the fact that developers have mostly had to depend on software simulators to see how apps will work on the Apple Watch. Some of the apps that have already been built for the Apple Watch, such as one by Todoist that is nearly ready to ship already, show that most apps for the wearable won’t be feature-heavy. Instead, they’ll focus on conveying the most relevant information they can given the Apple Watch’s limited screen real estate.

Wired reports that designers at Letter Society are creating mockups of how popular apps might look on the Apple Watch to convey what the Apple Watch and WatchKit might enable third-party developers to do. The Apple Watch’s multitude of user input methods will open a lot of possibilities for developers, especially with future versions of the WatchKit framework, but for now, designers are scoping out some of the limitations on what their apps will and won’t be able to do when the Apple Watch first ships.

The designers at Letter Society both imagined what some favorite apps will look like on the Apple Watch, and dreamed up some new apps that could take advantage of the new platform. One app concept, called Conductr, uses tactile feedback from the Taptic Engine to enable users to play classic musical collaboratively. A mockup of the Mint Bills app for Apple Watch gives users reminders for upcoming bills, and provides them with the option of paying directly from their Apple Watch. 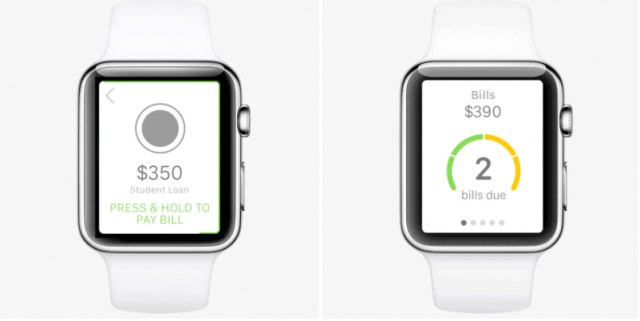 Another designer completed a mockup of the Google Translate app for Apple Watch, while another imagined what a Garmin app would look like on the Apple Watch. Because the app would still need to be paired with the iPhone to take advantage of GPS capabilities, the app includes both a basic fitness and a navigation component that would deliver more complex information to the paired iPhone. 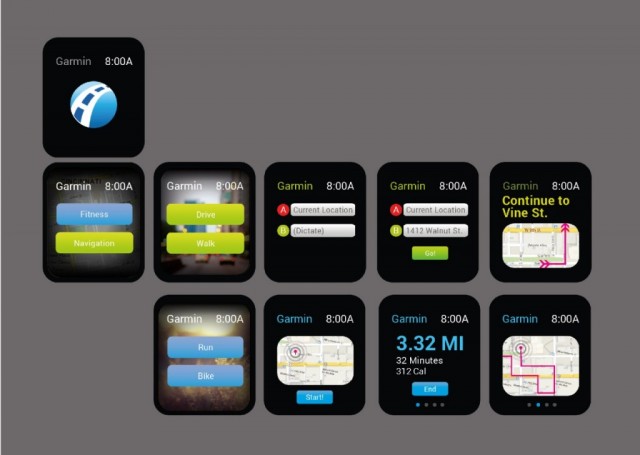 Other interesting Apple Watch apps imagined by the designers include an Uber app, which acts as an extension of the app on the iPhone; a Shazam app, which makes the function of identifying and purchasing songs accessible from the Apple Watch; and a Swarm by Foursquare app, which enables easy check-in, sticker usage, and location selection. Additionally, users would be able to view which of their friends are within a given radius.

The small screen size of the Apple Watch forced the designers to reimagine their favorite apps. Some apps, like Uber, have been able to thrive thanks to the rise of smartphones and smartphone apps. But Wired notes that a smartwatch app could turn out to be the ideal form for some of them. Moving to the smaller form of the smartwatch will require developers to pare down their smartphone apps to the bare minimum of functionality for a watch app, rather than splitting functions into multiple apps like many desktop-first services have done with their mobile apps.

However, not everything that the designers at Letter Society imagined may actually be possible with the current beta version of the framework and tools that Apple has provided for developers building Apple Watch apps. The developers at ELEKS Labs created an Apple Watch app that lets the user control the Tesla Model S electric car via the Internet, using Tesla’s API. As a blog post by Markiyan Matsekh explains, “The app perfectly lines up with the concept of smart watches, lets the user access critical information about the car and allows managing it quickly without wasting time on taking out and unlocking the phone.” While the app provides a compelling look at what Apple Watch apps might look like, the team demonstrated that third-party apps are likely to be limited in functionality when the wearable launches in April.

Matsekh says that when it comes to the technical capabilities of WatchKit, not everything runs as smoothly as you might guess from Tim Cook’s presentations — and the technical capabilities of the framework have a lot of catching up to do. The Apple Watch currently can’t do anything by itself because every app for the watch relies on a companion iPhone app, which contains all of the code in the form of a Watch Extension. The post explains that an “Apple Watch without an iPhone is actually nothing more than a useless toy. And although Apple mentioned WatchKit Apps – full-featured applications that, in theory, should work without an iPhone, this kind of applications aren’t available yet and no one knows when they will be.”

In some ways, this drawback could be considered a plus. Since the watch app is actually located on the iPhone, all of the functionality and data of the iPhone are available to the developer, and WatchKit acts as a kind of “bridge” between code on an iPhone and the Apple Watch interface. But that doesn’t change the fact that developers so far have little functionality and few tools to work with when building apps for the Apple Watch.

They have no access to the accelerometer and gyroscope on the Apple Watch, and while the watch is Bluetooth-capable, it can only be used to connect to the iPhone and is not available to developers. The Apple Watch display is touch-sensitive, but developers can’t take advantage of it, and can only work with the Force Touch shortcut menu. They also can’t access the system of tactile notifications enabled by the Taptic Engine, don’t have access to the built-in speaker and microphone, and can access GPS only through the iPhone.

Matsekh says that while the Apple Watch’s potential for developers can only be judged by the beta build of the SDK, it’s so far a limited device for developers. “On the one hand – everything is beautiful, new and interesting, and on the other – the stripped-down functionality makes it impossible to develop beautifully designed really functional apps right now.” Cult of Mac’s John Brownlee points out that the same could be said of the first third-party apps for the iPhone, which functioned mostly as glorified web apps and couldn’t take advantage of the smartphone’s advanced functions. But just a few years later, those apps were capable of just about anything a computer could do.

Even with WatchKit’s limited functionality, the developers at ELEKS Labs created an Apple Watch app that implemented all of the available functions for controlling a Tesla car. The app includes six screens: a main status screen that gives an overview of the car’s temperature, battery, mileage, and more; a pop-up controls menu to open and close the car or switch on the headlights; a car battery life screen that shows details on charging; a climate screen that shows the temperature in the car and enables users to change it in different zones of the car; a location screen that shows where the car is located; and a glance screen that displays information about the car for Apple Watch Glance.

The team met with a variety of challenges in building the app, and Matsekh concludes, “Although the opportunities seem pretty huge with Apple Watch, unfortunately, the current capabilities of the emulator-only development don’t match the expectations set after the keynote. We can now confidently say that creating anything really necessary and fully functional for Apple Watch with the current SDK version is very, very difficult, and many of the things promised at launch that were perfect for some business ideas are not at all available yet. The only thing left for the developers is to wait for spring 2015 when a new version of WatchKit will be released and Apple Watch will finally start selling.”