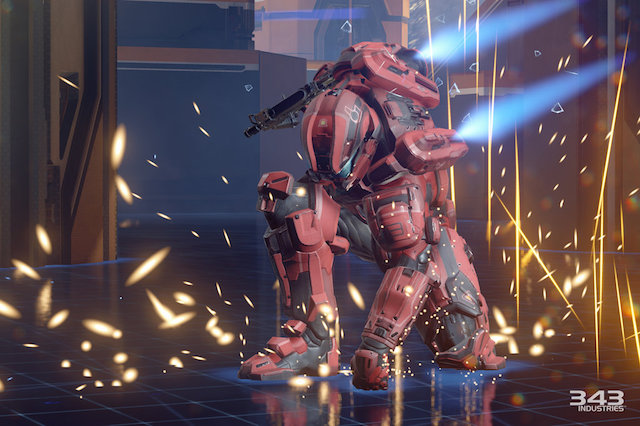 If you buy Halo: The Master Chief Collection, you’re getting a lot of bang for your buck. Not only does the game include all four numbered installments in the long-running series with graphical and frame rate improvements, plus every multiplayer map ever released for all of the games, but it also includes access to a multiplayer beta for Halo 5: Guardians.

Halo 5: Guardians isn’t expected to hit the Xbox One until late 2015, but buyers of the Master Chief Collection will be able to test drive it for three weeks, starting on December 29. If that sounds like your cup of intergalactic tea, you’re probably wondering what exactly the Halo 5 multiplayer entails. To that end, developer 343 Studios has drawn back the curtain, revealing what players can expect at year’s end.

For starters, the beta will contain three levels (called “maps” in online games), and seven different types of matches. Since the beta will be part of Halo 5, a whole new installment of the series, it will also feature a slew of new moves for your Spartan character.

The maps included in the beta are nicely varied. One takes place on a skyscraper, another is modeled after real-life paintball courses, and the last one, called Truth, is based on the Halo 2 map Midship. The beta also includes standard online shooter modes like four-versus-four and everyone for themselves, but it also sports a mode that has two teams of four try to wipe each other out under a tight time limit. The first team to do so five times wins. 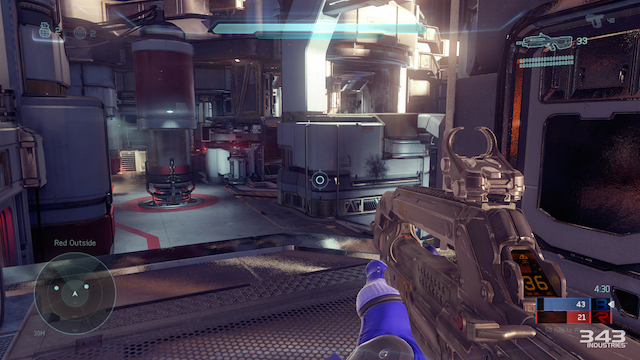 In competitive matches like these, your movement ability is enormously important because it makes up the “feel” of the game. You play as a Spartan, which is basically a futuristic soldier outfitted in a high-tech suit. Most of the new moves relate to your spiffy gear in some way, including endless sprinting, thruster pack boosts, ground pounds, slides, and charging shoulder bashes.

Endless sprinting is new to the series, but to make sure you don’t run all the time — the developers have made it so your shields don’t recharge when you sprint.

Other shooters like Call of Duty allow you to press the left trigger to look down the sights of your weapon to help you aim. Halo 5 expands on this idea with something called a “smart scope” that can be used on every weapon in the game. In the game world, the idea is that your helmet links with your weapon to pull up a display that lets you fine-tune your aiming — but it’s basically just a standard down-sights view.

You can watch a video showing some of the changes here. The finished multiplayer for Halo 5 will be significantly more expansive than the beta, but the beta will give players a good idea of what to expect.

The whole idea behind a beta is for developers to make the game better. For one, it lets them stress-test the game’s servers. If the servers go down when the game is released (which is not unusual for major video games), customers who bought the game will be unhappy.

Betas also let developers see how players use the environments, moves, and gear provided in the game. For instance, a weapon may turn out to be overpowered when used in a particular way. The developers can then tweak that weapon to balance out the gameplay. The same goes for the layout of the map. They might find that there’s a choke point where too many deaths are occurring and tweak the map before the game’s final release. 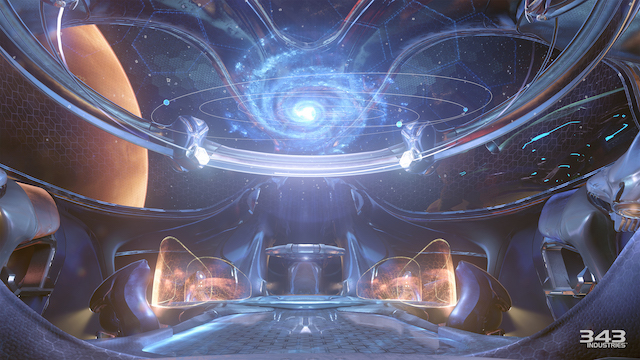 Last, of course, is player feedback. Beta testers will be able to go to the Halo Waypoint website to make comments, complaints, or suggestions regarding any aspect of the beta. Certain members of the community will also be invited to join a “Halo Counsel,” a group of gamers who will be able to engage in an “official conversation” with the developers about the game and the future of the series. Details about the program will be released in the coming months.

Chris Lee, the game’s director of production, told Polygon: “This is the earliest we have had a beta. It’s really a work in progress. We want to collect a ton of feedback and make sure we’re building the best multiplayer.”

If you’re a longtime Halo fan, you probably don’t need another reason to buy The Master Chief collection. But by including access to the Halo 5 multiplayer beta, Microsoft is giving you one anyway. If it sounds like fun, just grab the game before the beta begins on December 29 and you’re in.