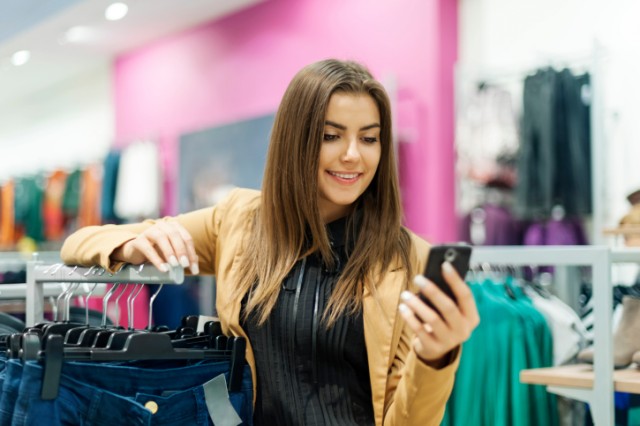 While consumers seem to tolerate companies tracking their web browsing, websites analyzing their activity, and social networks compiling detailed profiles on them to target advertising, they draw the line at retailers tracking their behavior in physical stores, even though the information that they collect isn’t nearly as extensive as the histories and profiles that are collected online.

Mirani asks a question that only seems logical in the context of the growing debate about online privacy: Why are customers willing to submit to online tracking but “creeped out” by offline tracking? He notes that conditioning plays a significant part. Most people have come to accept the fact that their browsing patterns are tracked, the information they share with Facebook is collected into a detailed profile to target advertising, their phone records are shared, their communications are intercepted by the government, and their data is constantly analyzed and sold.

However, in the world of brick and mortar retail stores, consumers are used to making their purchases of groceries, electronics, or clothing in relative anonymity, without their movements and purchase histories being tracked.

So when stores implement beacons, cameras, and sensors, consumers react negatively, regarding efforts to gain information about their in-store shopping habits as intrusive — more intrusive than the much more sophisticated online tracking that they routinely subject themselves to. But for retailers, data about the in-store habits of shoppers is valuable.

As Mashable’s Eli Epstein reported recently, retailers are still largely unaware of where shoppers go in a store and why — especially as compared to the play-by-play yielded by the routine tracking of online shoppers — and are largely in the dark about shoppers’ preferences, how they make their purchase decisions, or even what motivates them to go into a store in the first place. So stores use any clues that they can, starting with collecting demographic information from, for instance, the credit card that a shopper uses to pay for an in-store purchase.

Then, if he or she is a repeat customer, the store begins to assemble a purchase history and a customer profile. Store that use omnichannel marketing go a step further, accounting for the customer’s shopping habits online or in the retailer’s mobile app. Customers provide even more information about themselves when they use a loyalty program, enabling the retailer to offer more personalized advertising and deals. When a consumer opens a retailer’s app during a store visit or logs on to the store’s WiFi network, that also enables the retailer to collect some information about the customer and where he or she goes in the store.

Small, low-cost devices called beacons use Bluetooth signals to transmit messages like promotions and deals directly to a customer’s smartphone — sparking much discussion among consumers about potential privacy violations. However, those discussions often leave out the fact that for beacons to work, customers have to turn on Bluetooth, accept location services, and opt in to receive notifications.

As Mashable reported when Samsung unveiled Proximity, its response to Apple’s iBeacon, Samsung’s system is comprised of three parts: an app for the user to receive coupons and location-based messaging, a web console for marketers to manage campaigns and view analytics, and an app for managing beacons and campaigns.

As VentureBeat reported recently, consumers — and in some cases, even journalists — concerned about the potential privacy intrusions posed by technology like beacons neglect to understand exactly how these technologies work. Beacons, for instance, detect a user’s phone only if he or she has downloaded the business’s app. That enables the retailer to send the customer deals and coupons — but only if he or she has opted in.

Users have much more control over their interaction with beacons, and who can use beacons to send push notifications to their phones than they have over the cookies that enable retailers to show them online ads based on their browsing history and habits. When it comes to beacons — which seem to be one of the most negatively regarded technologies at play in tracking shoppers — if users decide not to install the app, then they won’t be tracked.

VentureBeat notes that consumers are also likely to look at beacons more positively when the benefits are successfully communicated to them. Just as cookies on a computer enable users to save passwords or take advantage of autofill options for online forms, beacons could deliver coupons, deals, and other marketing content when and where shoppers are most likely to use them.

Additionally, as consumers become more familiar with the type of information that stores can (and cannot) collect, they may decide that volunteering some personal information is worth the service and deals that result, in much the same way that millions of people decide to trade some measure of privacy for access to social networks, online services, or even Amazon’s recommendations, based on past purchases and browsing history.

A March report by Opinion Lab noted that 88% of consumers considered it unacceptable to be tracked in-store via their smartphone, citing concerns that retailers will not keep the data secure (68.5%); tracking feels like spying (67%); and retailers will use the data exclusively to their own benefit (60.5%).

Additionally, most felt that retailers should approach in-store tracking by asking consumers to opt in, with 64% saying that the best approach is opt-in versus 12% who said that shoppers should be automatically tracked. However, 63% said that they would not opt-in to be tracked, even at their favorite stores. And respondents noted that if they did opt in, they would expect incentives for their participation, such as price discounts (61%) or free products (53%).

As consumers slowly warm up to the idea of their behavior being tracked in-store, it will be important for retailers to be honest about the technology being used, to be clear about how customers can opt in or opt out, and to demonstrate how in-store tracking brings value to the customer as well as to the retailer. Increasingly sophisticated methods of data aggregation and shopper recognition can help retailers personalize their interactions with customers, and ultimately offer better, more valuable services that consumers may be willing to part with a little bit of their privacy to access.