When Will Microsoft Office Be Out for Android Tablets? 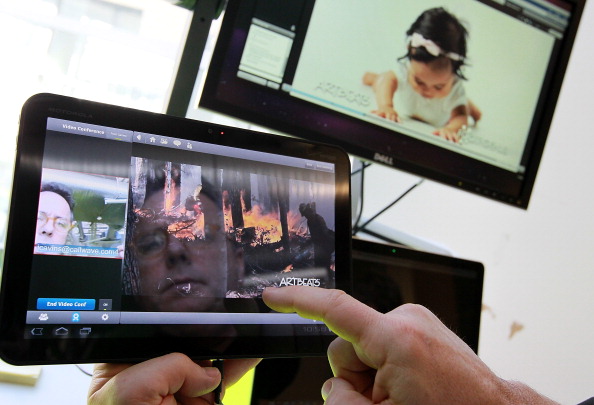 Google (NASDAQ:GOOG) (NASDAQ:GOOGL) Android tablet users may be soon able to use Word, Excel, and PowerPoint on their devices. Microsoft (NASDAQ:MSFT) may be finally releasing an Android tablet version of its Microsoft Office software later this year. The company is now reportedly preparing for a private beta test of the software. Microsoft released a Microsoft Office for iPad earlier this year, prompting the question of when a version for Android tablets would come out. Although an app for Android smartphones existed, a tablet version did not exist.

The Verge reported that Microsoft is working on it now and that it is in the testing phase, according to its sources. Microsoft took its time with the iPad version of Office, too. The reason was that the company built an iPad-specific app rather than simply making a larger version of the iPhone app. It is likely doing the same with the Android tablet version. Considering the positive reviews and success of the iPad version, Microsoft may be using a similar formula for the Android version in a bid to recreate that same success. If it is following the same formula used in other Microsoft Office apps, the Android tablet version of Microsoft Office will feature the core products of Microsoft Word, Excel, and PowerPoint.

Bringing Microsoft Office to Android tablets brings it to the largest tablet platform, where the company already likely has regular users of the desktop version of these programs. They are popular among both children and adults alike since they are used in a wide variety of school and work settings. On the computer side, Microsoft produces Microsoft Office software for both PC and Macs. Once the tablet version comes out, it will face an already crowded market of both free and paid apps on Google Play, Android’s app marketplace.

Competition will come in the form of Google’s native Google Docs and Google Sheets apps and word processing, spreadsheet, and slide apps from third-party developers. Some are even created to be compatible with Microsoft programs, meaning that users may be using them in conjunction with the Microsoft office apps on their computers already. Microsoft has also been working on Office Online, improving its online system to better compete with Google Docs reported PC World.

This news and the rollout of Microsoft Office apps demonstrates that the company is heading in a cloud and mobile heavy direction. Microsoft CEO Satya Nadella has been trying to reorient the company in this direction after years of being a desktop first company under the previous leadership. Another step in this direction included universal apps that worked on a wide variety of Microsoft products from the Xbox One gaming console to Windows smartphones. So the upcoming app is not only Microsoft Office on an Android tablet, it’s part of Microsoft’s new direction.