When Will We Get Wearable Tech for Women Right? 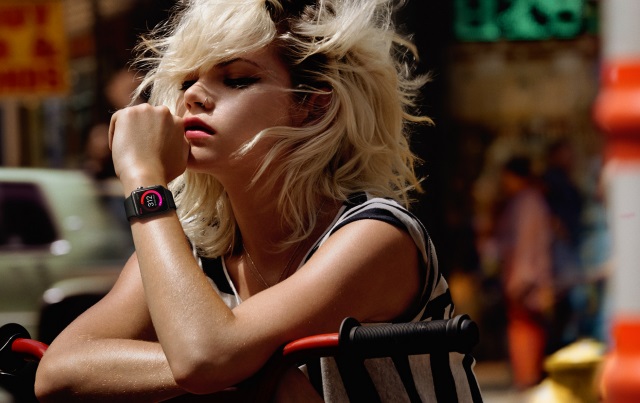 Whether the Apple Watch takes off when it hits the market in April may very well hinge on how it appeals to a segment of consumers who represents half the population: women. The Mercury News reports that men have been the chief buyers of early smartwatches, driving 61% of sales, and the heft and industrial design of these early wearables have limited their appeal for women. So can Apple’s first wearable, the much-anticipated Apple Watch, bridge the gender divide with its two sizes, three collections, and array of interchangeable bands?

Despite its colorful bands and fashion-focused ad campaigns, the Apple Watch doesn’t seem poised to make the most of the opportunity to attract a female consumer. While many women will likely still try on and buy an Apple Watch, it seems likely that the majority of the buyers will be male. Beyond the influence of marketing, whether a smartwatch succeeds among women depends on tech companies making smart choices about the functionality and design of their wearable devices.

One size doesn’t fit all

The literal size of a wearable device like a smartwatch is one basic, but important, factor that companies like Apple need to consider when designing wearable tech that they hope women will adopt. Smartwatches with large faces or with bands that don’t accommodate smaller wrists clearly indicate that the devices were designed with men in mind.

In September, MarketWatch’s Therese Poletti wrote that the Apple Watch isn’t what women want. She noted that for the Apple Watch to succeed, it will need to appeal to buyers far beyond the market of early adopters and diehard Apple fans. One key market for Apple’s first wearable will be women, especially women who love fashion, accessories, and their iPhones. Poletti believes, though, that with the exception of the gold of the Apple Watch Edition and the bright colors of some of the band options, the Apple Watch features a very masculine design — too masculine, Poletti thinks, for most women.

Aesthetics are subjective. Poletti thinks that the “stainless steel and sport models will probably appeal even less to most women” than the Apple Watch Edition “unless they are serious tech geeks or wear them for working out.” But one key drawback of the Apple Watch can be objectively measured: the size of the device. Poletti notes that even the smaller Apple Watch models “appear too big for smaller wrists.” In her assessment, “the device needs to be smaller and more feminine to appeal to more women.”

While Poletti thinks that the Apple Watch “is too geeky-looking” and needs to be more feminine to appeal to a broad base of female consumers, style is a difficult subject when it comes to wearable devices. But the balance of style and utility has never been as important as it is with wearable tech. The design of a wearable device is certainly an important factor in convincing anyone to wear a device on his or her body day in and day out, but form shouldn’t come before function.

Molly Wood wrote for The New York Times in December that wearable devices designed for women are “still pretty and still dumb.” Many companies go wrong in their choice to design devices that not only appeal to women, but are marketed specifically for women. Examples include the version of Google Glass embedded in Diane von Furstenberg frames or the M.I.C.A. smart bracelet from Intel and Opening Ceremony. Wood writes, “The question for all of these ‘styled for women’ devices is simple: why?”

The M.I.C.A., for example, fails as a communication device, if for no reason other than its inability to communicate with your smartphone. It’s a prime example of how the tech suffers when companies decide that fashion is more important than utility — which is often. Writing about the International Consumer Electronics Show, Bloomberg’s Belinda Lanks wrote that what little was on display for women at the convention spoke volumes about how gadget makers see female consumers. “Industry assumption No. 1,” she wrote, is “To get more women to buy wearables, offer more glamorous options.”

Some displayed fitness bands and smartwatches specifically designed for women, and Misfit even unveiled an activity tracker encrusted with Swarovski crystals. But wearables like Withings’ sleek Activite pop have more potential to capture the interest of women than devices like the Swarovski Shine, and the user’s of Jawbone’s Yves Béhar–designed Up are reportedly split roughly equally between men and women. Lanks notes of the industry’s insistence that a device needs to be disguised as jewelry to get women to adopt it, “In the end, it’s not clear whether the makers of fitness bands and smartwatches want women to take advantage of the features or if they just want to sell them new bracelets. It’s possible that they don’t care. A sale is a sale.” 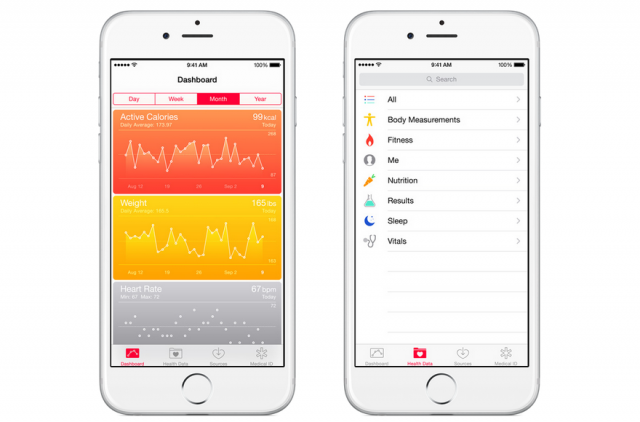 The right metrics and apps

Tech-savvy women, like any other group of tech consumers, won’t buy wearable devices simply because they’re new. Just as devices can’t prioritize style over utility, a wearable that succeeds in appealing to women has to track the metrics that are important to women. To sell the Apple Watch, Apple is promoting its utility for health and fitness tracking. But one metric conspicuously missing from Apple’s Health app is the ability to track a menstrual cycle. Menstruation is relevant to fertility, contraception, and general health, and its omission doesn’t bode well for Apple’s understanding of what metrics are important to women who want to take advantage of the iPhone or Apple Watch’s health-tracking abilities.

The ability to get the metrics right aside, consumers will also need to be convinced that there’s a compelling use for a smartwatch. The lack of a killer app, one that will convince men and women alike that they need a device that can’t function without their iPhone, may make it more difficult for Apple to convince consumers to buy the Apple Watch. But the fact that we can’t point to a killer app right now doesn’t necessarily mean that the device will fail.

Derek Thompson wrote for The Atlantic in September that people are terrible at predicting the future of technology and how it will affect their behavior. Days before the iPhone debuted in 2007, a report from market research firm Universal McCann purported to prove that practically nobody in the United States would buy the iPhone because phones and cameras were good enough already. But within a few years, the iPhone became one of the most successful consumer products of its generation. Thompson thinks that the same phenomenon could occur with the Apple Watch.

Today, there are lots of people saying “I have no idea how I could buy a $300 smartwatch with no battery life when I have an iPhone already.” They are telling the truth. They really can’t imagine owning a smart watch. But the moral of the story is that it doesn’t matter that they’re telling the truth… Our projections of a piece of technology that’s just been invented don’t matter compared to the factors that actually drive adoption, like widely read reviews and the user experience of your colleagues, friends, and family.

It would be hard to argue with Apple if the first generation of the Apple Watch catches on despite its shortcomings. But female tech consumers can only hope that Apple and other gadget makers will learn from their mistakes, and design future generations of their devices to better accommodate the needs of women who can imagine owning a smartwatch, but find few models on the market currently that were really designed with them in mind.