When Will Your Apple Watch Finally Ship? 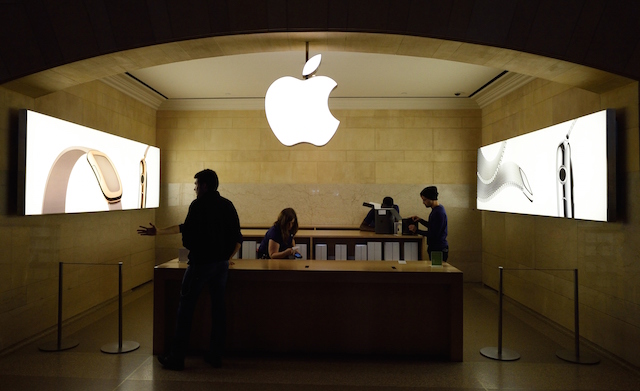 Even though you’ve waited months for Apple to share all the details of the Apple Watch and months for the smartwatch to actually go on sale, chances are that after you order your long-awaited Apple Watch, you’ll have to wait some more to receive it. Apple has started shipping Apple Watches, but only a fraction of fans who ordered a watch actually got their hands on the device during the launch weekend.

Slice Intelligence estimates that only 22%, or 376,000, of the 1.7 million Apple Watches ordered were delivered to U.S. consumers during the first weekend of their availability. A remaining 547,000 are expected to ship between April 27 and June 11. Slice also estimates that 639,000 people still haven’t heard from Apple about when their watches will be en route, and will have an eye on their email for word of when a further 647,000 Apple Watches will be delivered. Slice extrapolated these estimates from data provided by a panel of more than 2 million online shoppers. It extracts detailed commerce information from anonymized and aggregated receipts from a representative sample of consumers.

VentureBeat’s Chris O’Brien notes that given the Apple Watch’s status as the company’s first new product category in several years, it’s not surprising the company took a conservative approach to the decision of how many to build initially. It also traditionally takes some time to get the entire supply chain up and running at full capacity. The number of Apple Watches the company can sell initially will likely remain constrained, and buyers will need to be patient with less-than-ideal wait times.

Writing for MacRumors, Joe Rossignol reports that many customers who preordered the Apple Watch and received a shipping estimate of four to six weeks or longer should receive the device earlier than expected. Apple is updating preorders with improved delivery estimates, with some orders that were originally expected to ship in June shipping this week.

Users of the MacRumors discussion forums with Apple Watch preorders are receiving specific shipping dates between mid-May and early June, such as May 14 to May 20 or May 28 to June 10. Apple confirmed that many preorders will arrive sooner than estimated, explaining that the long estimates were set to avoid disappointment. However, some customers will still see longer lead times, particularly for preorders that weren’t placed during the first few hours the Apple Watch was available for preorder.

Business Insider’s Rob Price reports that, according to a source at Apple, the Apple Watch launch “is being viewed internally by some employees as a massive screw-up.” While Apple sold more Apple Watches in a day than all manufacturers making Android Wear smartwatches sold in 2014, the fact that customers can’t buy the Apple Watch in stores is causing widespread confusion.

Demand outstripped supply, leading to long shipping times, and in Price’s assessment, the analysts Apple employs to calculate “potential demand and guide strategy” would have known that Apple couldn’t satisfy all demand on the Apple Watch’s launch day. “The mystery,” he writes, “is why they stuck with the April 10 and April 24 pre-order and launch dates knowing that supply was so limited as to be non-existent. There were simply no watches available to buy on the date they went on sale” (emphasis in original).

Apple hasn’t yet had much to say about how the Apple Watch is selling (and how it’s fulfilling orders) so far. Re/code’s Dawn Chmielewski reports that Apple CEO Tim Cook spoke “effusively” about how consumers have embraced the watch on social media and how developers delivered 3,500 apps for the device, but had little to say about the actual sales of the Apple Watch on the conference call to discuss the company’s March quarter. Chmielewski notes that the company has been unusually tight-lipped about the sales of its smartwatch, possibly for competitive reasons.

On the earnings call, Cook told analysts that it takes time for Apple to ramp up production for a new device, but said that the company is in a “good position” and expects to begin selling the Apple Watch in additional countries in late June. Cook said that whenever demand for a product is so much greater than its supply, as has occurred with previous products like the iPad, Apple declines to make long-term forecasts. The company has already indicated that it will remain somewhat vague about Apple Watch sales, reporting them in a group with other products.

Quartz’s Alice Truong writes that while Cook didn’t disclose much about the Apple Watch, he did explain that “Apple Watch margins will be lower than company average.” Apple’s gross margins were 40% last quarter.