Which Internet Company Is the Netflix of Books? 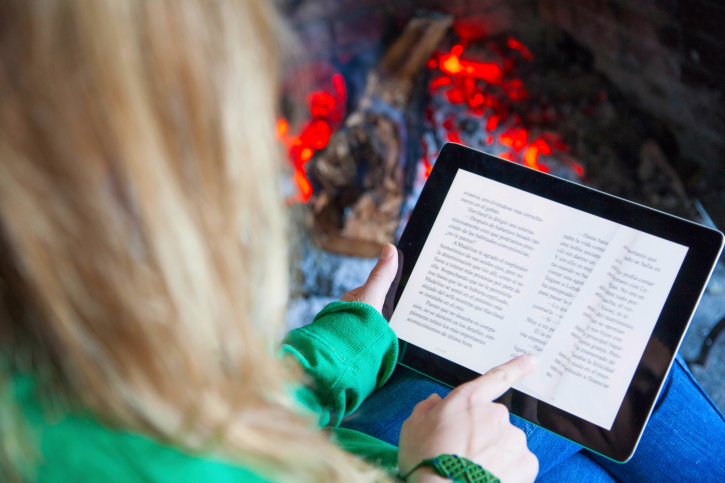 In online content, certain names dominate. For Internet radio, it’s Pandora. In online streaming video, it’s Netflix (NASDAQ:NFLX). For e-books, no one truly dominates the market yet. Two companies — Oyster and Scribd — are looking to be the “Netflix of books.”

E-books are generally the realm of tablets and e-readers like the Kindle. Kindles, by default, are set up to use Amazon (NASDAQ:AMZN) Prime as its book source. Tablets come with software from the companies, but users can opt to use other services. For example, an iPad user does not have to use iBooks alone nor does an the owner of a Samsung Galaxy Tab have to use Samsung’s native reading app. Taking note of this, the two aforementioned companies are trying to fill that void, both by using a Netflix-like structure of a monthly fee for unlimited electronic books and following a one-month free trial to evaluate the service.

Oyster is a start-up based in New York City. The company currently offers an app for iOS and Kindle users. (Sorry, Android users.) For $9.95, just above Netflix’s monthly fee and below Spotify’s charge, users get access to unlimited books. The website claims it has more than 500,000 titles available for users.

Scribd is built on a similar concept with a few key differences. Scribd has apps on both the iOS and Android platforms. It costs $8.99 a month. The company is also on the opposite coast, based in San Francisco.

One key detail both have in common is that both startups have recently struck deals with Simon & Schuster, Inc., a major book publisher, to bring the company’s titles to the platforms.

The allure of being the “Netflix of Books” is that Netflix both enjoys the financial and cultural benefits of its popularity. The expression “Netflix binge” is well understood to mean watching several hours of television on a screen. While e-books are still growing, no individual e-books source has a Netflix-level of popularity, which is exactly what these two companies are aiming for. Scribd advertises itself on Facebook as “the Netflix of books.” Further, both it and Oyster have been described as the Netflix of books in the press.

Applying a Netflix style model to books would certainly be good for e-reader owners, who tend to read more books on average than non-e-reader owners, according to Pew data. It is unclear if it is because people who enjoy reading are more likely to own an e-reader or if the e-reader encourages reading. This finding is merely an association.

In essence, both companies are quite similar to Netflix, where a user has access to the content and pays for that access without actually owning the products. Plus unlike the local library, which also requires travel, shirts, and shoes are optional while using either service at home on a device.