Why ‘Alien: Isolation’ Is Not for Everyone 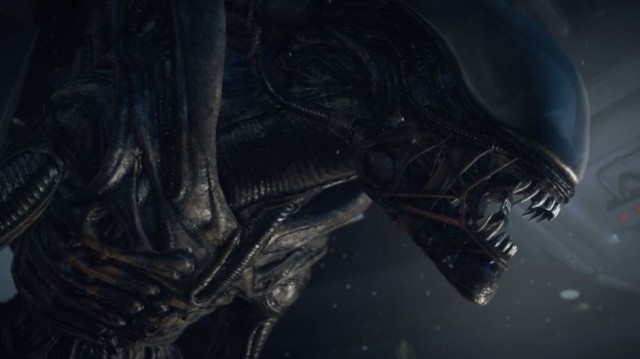 Taken together, every Alien movie, video game, novel, and comic book that has come out since 1979 communicates one thing very clearly: stay away from aliens. These creatures are fast, powerful, and cunning, and they want to kill you. If you see one, flee as quickly as possible. Don’t try to fight it. Don’t try to befriend it. Get out.

The latest incarnation of the franchise is Alien: Isolation, a survival horror game that’s out now for PS4, PS3, Xbox One, Xbox 360, and Windows. It takes place between the first two movies, while the films’ chief protagonist Ellen Ripley drifts through space in an escape pod, resting in a cryogenic slumber. The game stars her daughter, Amanda Ripley, as she searches the Sevastopol space station for clues to her mother’s whereabouts.

Even though Alien: Isolation is holding strong with a score of 78 on Metacritic, if you dig into the reviews, you’ll see that it’s a lot more polarizing than most AAA games. That’s due to its bold design. Most games send multiple enemies your way, and require you to use various skills to dispatch them. For much of Alien: Isolation, you only have a single enemy to worry about, and it’s impossible to kill.

The alien stalks you every step of the way as you progress through the space station, flipping switches and completing tasks. To avoid being killed, you can either hide from it or distract it, but neither of those work reliably. Making matters worse, if the alien finds you, it’s game over. Each encounter is a one-hit kill, leaving you dead, only to restart from the last checkpoint you reached.

The game goes to no great lengths to help you survive. Unlike most stealth games, there’s no meter to tell you how well you’re hidden. The enemies — which include bellicose survivors and combat androids in addition to the alien — don’t follow set patrol patterns. Nothing you can memorize will help you out every time you encounter an enemy. It’s a kind of AI we haven’t really seen in games up to this point, something that’s only possible thanks to advanced hardware and thoughtful game design.

There’s no question about it, though: this game is intense. Giant Bomb says that, “One’s tolerance for the trial-and-error gameplay driving Isolation will likely run the spectrum of opinion. There’s rarely a moment to relax, and if the alien isn’t gunning for you, the humans and androids are. You have few friends aboard the Sevastopol, and it can make playing the game for hours psychologically draining. I would feel physically tired after sessions with Isolation.”

Other reviewers weren’t so thrilled with the game overall. A common complaint is that the game wears out its welcome well before the credits roll. According to GameSpot, “Alien: Isolation limps to its frustrating ending after many hours more than it can support. This is four hours’ worth of a great idea stretched into 14-plus hours of messy stealth gameplay, creaky video game clichés, and limp exploration.”

Fourteen hours is the shortest amount of time reported for game completion. Most reviewers said it took them between 20 and 25 hours. This is a long game, with its run-time padded out by lots of back-tracking.

IGN blamed the game’s final third for its pacing issues. “Your objective is a final-sounding “Escape the station” for a good eight hours or so, but with so many errands to do along the way — not to mention the incessant and irritating backtracking across the entire ship — Isolation falls into a pit of frustrating repetition from which it cannot escape.”

Based on the reviews that have come in so far, Alien: Isolation is a remarkable game in a number of respects, but it’s not for everyone. If you’re not interested in heart-pumping action, unpredictable enemy AI, and frequent instances of progress-erasing death, you’d be better served by a different game. But if you find a high level of difficulty in a game a refreshing change of pace, or you’re an enormous fan of the Alien franchise, you’ll find plenty to enjoy here.