Why Apple Is Welcoming Bitcoin Back to iOS 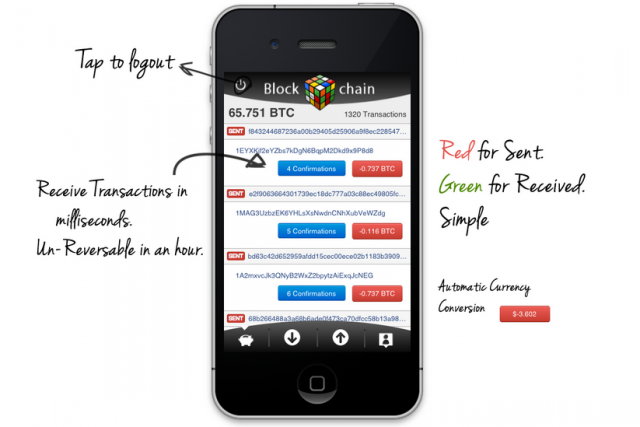 Apple is making moves to change its policy on Bitcoin, the popular digital currency, by allowing several related apps, including the most popular Bitcoin wallet, back into the iOS App Store.

Six months after Apple removed the popular Bitcoin wallet app Blockchain and other Bitcoin-related apps, it’s now allowed Blockchain back into the store and onto users’ iPhones and iPads. In a statement released to Wired, Blockchain noted that the step represents an important milestone not just for Blockchain, but for Bitcoin as a whole. “This seems to be the first strong and real sign they are ready to accommodate future digital currency development … It goes a long way to legitimizing bitcoin and now provides hundreds of millions of iOS users access to bitcoin applications.”

Blockchain was allowed back into the App Store shortly after Apple approved a newer wallet app named Coinpocket. Together, the two approvals signify a reversal of Apple’s long-held policy of disallowing Bitcoin apps in the App Store, explained with the logic that the apps weren’t legal everywhere that they were available, which was a violation of App Store guidelines. In a blog post announcing the app’s return to iOS, Blockchain explained:

“At the beginning of 2014, our iOS wallet was the final bitcoin wallet app to be removed from the App Store … Our intent was never to leave iOS users without option to use bitcoin, so we began working on mobile web wallet that would work on any device. This spring Apple signaled it was changing its position with the new App Store Review guidelines, and it appeared the restrictions for bitcoin wallets had been lifted. The most common question directed to us has been, ‘When will Apple allow bitcoin wallets back?’ As of today, we are excited to announce that Blockchain has returned to the App Store! Users can now once again enjoy the simple experience of sending, receiving, and storing bitcoins securely on any iOS device. The new Wallet app remains consistent with Blockchain’s principles: a wallet that allows you to control your own private keys, know your funds are secure, and transact with anyone in the world.” 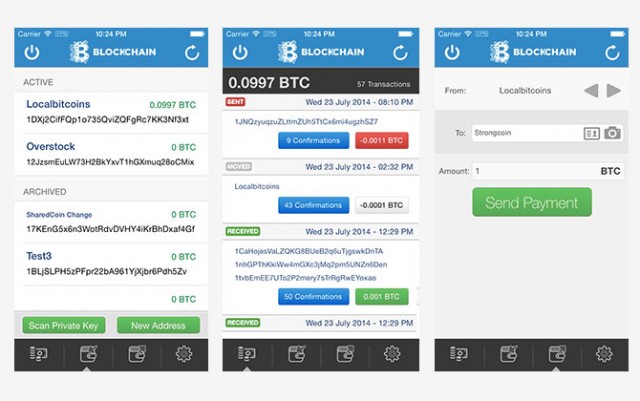 While Bitcoin is a digital currency that exists only on the Internet, where it’s independent of the control of governments and banks, the general public became broadly aware of its existence last year. Since then, the currency has struggled to take off among an audience broader than a community of enthusiasts. While Blockchain, Coinbase, and others developed web apps as an alternative to a native app, Apple’s choice to drop Bitcoin apps from the App Store last year was seen as a major setback to the currency.

Now its policy shift to welcome Bitcoin back to iOS and enable iPhone and iPad users to store and transfer the digital currency via their mobile devices sees the company looking to repair its relationship with the virtual currency community. That includes the community of developers, one of Apple’s biggest assets. They are likely to perceive Apple’s new acceptance of Bitcoin apps positively, and maintaining iOS as the premier platform for app developers is in Apple’s best interest. That means that the company can’t afford to alienate Bitcoin-minded developers without risking its App Store offerings taking a hit.

As Wired notes, Apple announced new App Store review guidelines at its Worldwide Developers Conference. The new guidelines included a provision that many interpreted as a sign that Bitcoin apps would return to the App Store: “Apps may facilitate transmission of approved virtual currencies provided that they do so in compliance with all state and federal laws for the territories in which the app functions.” 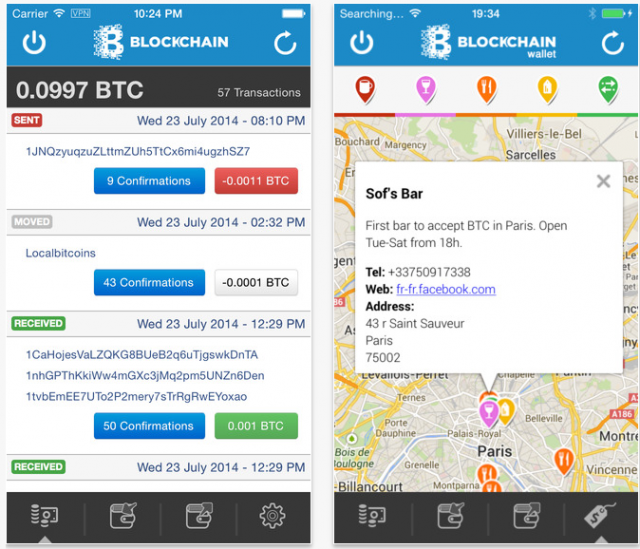 Some have speculated that Apple’s removal of Bitcoin apps was related to Apple’s own plans for mobile payments technology. But at least for the time being, it doesn’t seem that Bitcoin poses a real risk to any system that Apple would implement. The digital currency is used only by a relatively small community, and it wouldn’t threaten a system Apple that could implement for mobile devices to handle more traditional transactions like payments by credit card. Traditional payment methods are fundamentally different from cryptocurrencies like Bitcoin, and iOS users’ ability to make Bitcoin transactions doesn’t pose a threat to the frequency with which they’d use a tool to more easily pay with a credit card.

It’s possible that Apple is welcoming Bitcoin back to iOS as a way to compete with Google’s Android. Wired points out that Android has continuously made headlines with Bitcoin-related development and research, and opening up the same opportunities for developers to create Bitcoin tools for iOS may be Apple’s response to the attention that Android gathered thanks to its openness to the digital currency.

However, gathering some development and research headlines of its own may not be as simple as reversing Bitcoin’s removal from iOS and expecting things to return to the way they were. Wired does note that many developers whose apps were removed from the App Store are not planning on resubmitting them for Apple’s review. That relationship was damaged not only by Apple’s removal of the apps in the first place, but by the company’s demonstration that it can change its mind arbitrarily, without input from developers or users, or transparency on the reasons behind the decision.

As Apple tries to get iOS back up to speed with Android to appeal to Bitcoin-minded consumers and developers, it’s likely hoping to get at least some of those developers back on board, at the very least to appeal to consumers who need a better way to make Bitcoin transfers on the go.