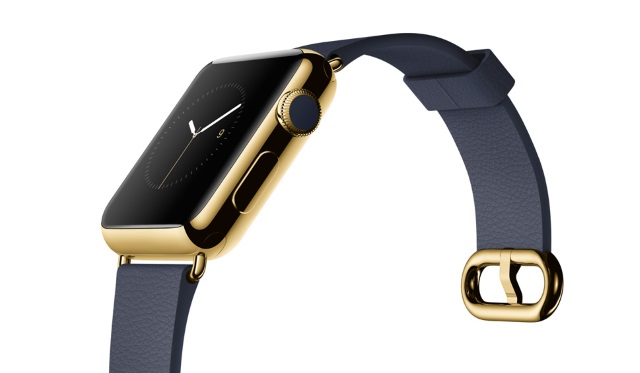 Apple is expected to give an in-depth presentation of the highly anticipated Watch product at its “Spring Forward” media event that kicks off at 1 p.m. EST, in San Francisco today. One of the major questions that Apple will likely answer at the event is how much the various Watch models will cost. While there are a total of 34 different models of the wearable across three “distinct collections,” Apple has so far only revealed that the cheapest model will start at $349. Presumably this entry-level price applies to the 38-millimeter-size models found in the Watch Sport collection, since those devices are made of aluminum. On the other hand, the models in the Watch and Watch Edition collections feature casings made of costlier stainless steel and 18-karat gold, respectively.

The prices of the 18-karat gold Watch Edition models in particular, have been the subject of much media speculation. Since the Watch Edition models feature casings made of 18-karat gold and appear to be designed to appeal to fashion-minded consumers rather than techies, many industry watchers believe that the devices will be Apple’s most expensive products ever. Last September, Apple Spotlight estimated that each Watch Edition might use as much as 75 grams of gold at 0.75 fineness, which by gold content alone would be worth approximately $2,235. More recently, Daring Fireball’s John Gruber predicted that that the 42-millimeter Apple Watch Edition with the Classic Buckle band would sell for $10,999. He also speculated that Apple might introduce a gold link band for the Watch Edition that could push the cost of some models as high as $20,000.

While it’s still possible that Apple could charge this high a price for its Watch Edition models based on the power of its brand, a new patent uncovered by Dr. Drang at Leancrew suggests that the company could have more flexibility in setting the price for its gold watches than originally assumed. This is because the company has developed a unique method for making an 18-karat gold composite that has less gold content than standard 18-karat gold alloys. 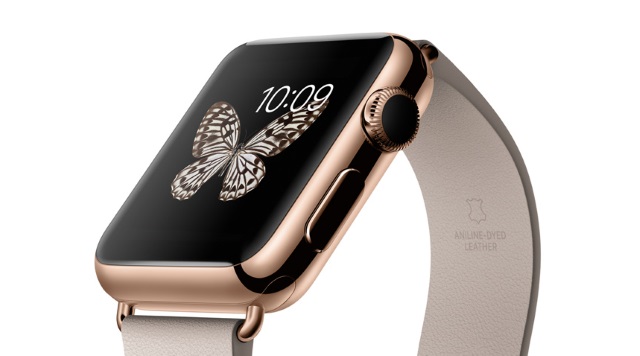 How is this possible? As explained by Dr. Drang, the secret lies in the unique properties of the materials that Apple mixes with its gold:

It’s because Apple’s gold is a metal matrix composite, not a standard alloy. Instead of mixing the gold with silver, copper, or other metals to make it harder, Apple is mixing it with low-density ceramic particles. The ceramic makes Apple’s gold harder and more scratch-resistant — which Tim Cook touted during the September announcement — and it also makes it less dense overall.

As noted by Dr. Drang, standard gold alloys are typically mixed with other metals – such as copper or silver — that have a higher density. Since those metals create less volume than ceramic particles, more gold is required to create the same amount of volume that Apple is able to create with its composite. Since Apple’s patent describes several possible configurations for this “gold metal matrix composite,” it’s not clear how much gold Apple could save using this invention. However, a cubic centimeter of one possible configuration contained only 5.43 grams of gold, according to Dr. Drang. In contrast, a cubic centimeter of a conventional gold alloy contained 11.7 grams of gold.

In other words, the Apple Watch Edition models might contain only half of the amount of gold that most other 18-karat gold components of the same size would have. Of course, it remains to be seen if Apple uses this reduction in the amount of gold content to reduce the overall price of the Watch Edition models, or if it simply uses this innovation to boost its profit margins. We may get a better idea of how this invention relates to the price of the Watch Edition when Apple holds its media event in San Francisco at 1 p.m. Eastern time today.