Why BlackBerry’s Vision of Net Neutrality Is Impossible 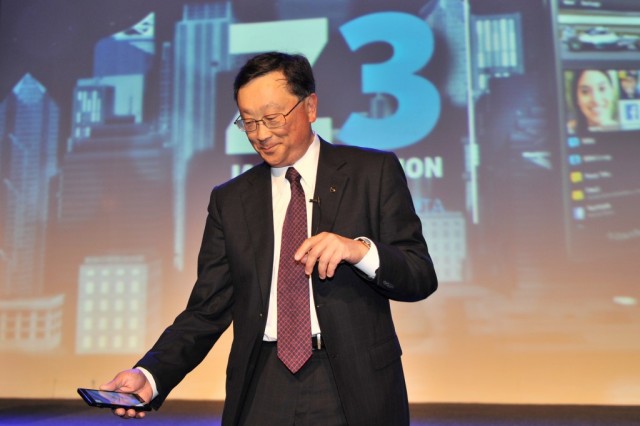 BlackBerry CEO John Chen recently weighed in on the ongoing debate over net neutrality with a unique perspective on the issue. In a BlackBerry blog post that was adapted from a letter sent to various members of the U.S. Congress, Chen argued that the debate over net neutrality has incorrectly focused too much on the telecommunications carriers — or the “traffic/transport layer” of the Internet — and not enough on the “content/applications layer.”

So how can content and applications providers be less discriminatory? For starters, Chen believes that other companies should create more services and apps for BlackBerry’s beleaguered platform. “Unlike BlackBerry, which allows iPhone users to download and use our BBM service, Apple does not allow BlackBerry or Android users to download Apple’s iMessage messaging service,” wrote Chen. “Netflix, which has forcefully advocated for carrier neutrality, has discriminated against BlackBerry customers by refusing to make its streaming movie service available to them.

Although Chen noted that both “layers” of the Internet needed to be kept open, he agrees with many carriers’ opposition to reclassifying broadband under Title II of the Communications Act of 1934. Large Internet service providers (ISPs) like AT&T and Verizon characterized the move to reclassify broadband under Title II as overregulation that will kill jobs and investment in broadband service. 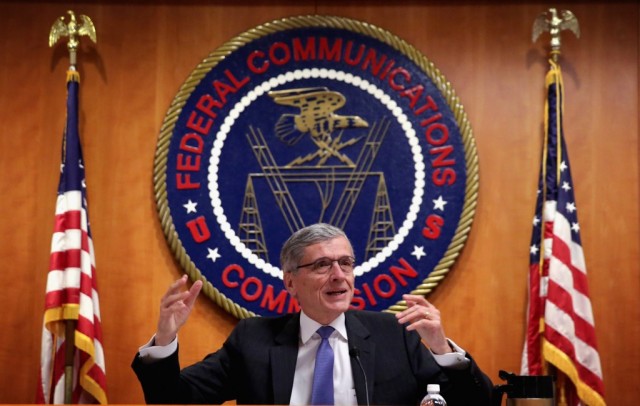 “It’s about an issue of FCC reclassifying broadband as a Title II service, and this will absolutely affect us and the industry on long-term investment in our networks,” said Verizon CFO Fran Shammo in comments posted on the company’s blog. “That can be seen factually as to what happened in the rest of the world, where you have high regulation, the networks are not invested in, they are not good quality of service networks. And that’s where this will put us.”

On the other hand, multiple civil liberties organizations have come out in favor of Title II reclassification, as well as President Obama. Although Chen attempts to intertwine his app neutrality argument with the overall debate over net neutrality, the type of oversight that would be required to enforce his vision of a “neutral” Internet would result in a level of regulation far beyond what the ISPs think will happen under Title II. In fact, it’s hard to imagine how Chen’s idea of application and content neutrality could be enforced.

As noted by Chen, Apple does not offer its iMessage messaging service to other platforms. Presumably, like many of its programs, Apple’s iMessage service is tightly integrated with its hardware. Is Chen proposing that Apple be forced to pay any research and development expenses that are necessary in order to bring its application to BlackBerry’s platform?

While it’s easy to see the benefit that a struggling platform like BlackBerry would get from having access to the iMessage application, the move could actually help destroy Apple’s business model, since a large part of the company’s appeal is related to the tight control that it maintains over its hardware and software. In other words, why would consumers buy an iPhone if they can get all the apps and services on a cheaper BlackBerry device?

Even Chen’s analogy that compared content and applications providers to railway cars doesn’t appear to support his perspective on net neutrality. Since railways were once an essential and shared system for transporting goods across the country, it is fair to compare them to the equally crucial Internet.

And while it makes sense to give product creators equal access to the railway tracks/Internet, the content of the railway cars should only be determined by the demands of the market. In other words, people not buying a particular mobile company’s products is not a symptom of a lack of net neutrality — it’s a symptom of a business that is failing to appeal to consumers.

As outlined in Obama’s statement in support of reclassifying consumer broadband service under Title II regulations, net neutrality is about allowing access to (legal) content, not throttling speeds based on content or creating “slow lanes” by charging extra for certain content, as well as ensuring transparency throughout the entire process. Making sure that these basic rules are enforced will ensure that all companies have an equal opportunity to succeed or fail on their own merits. In contrast, Chen’s vision of a “neutral” Internet would only stifle innovation and create unnecessary burdens for app developers and other content creators.