Why Capcom is Remastering the Original ‘Resident Evil’ Now 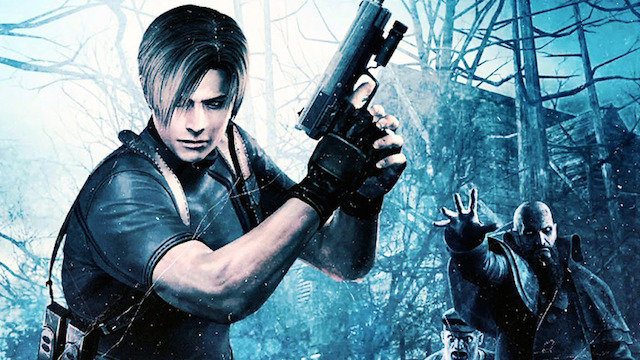 Capcom has just released a remastered edition of the first entry in the Resident Evil series for modern systems, including Xbox One, PlayStation 4, Xbox 360, PlayStation 3, and PC. The game is a digital-only release that will support 5.1 surround sound, plus 1080p visuals on PC, Xbox One, and PlayStation 4, while players on the older consoles will have to settle for 720p. In any incarnation, Capcom is billing this as the “definitive vision” of the game.

The original Resident Evil dates back to 1996, when it was released for PlayStation. In 2002, the game was remastered for the Nintendo GameCube (to much critical acclaim), and later ported to the Wii. This upcoming edition of the game will actually be a remastered version of that remastered version (there’s a kind of Russian dolls thing going on here). Since Nintendo platforms have received so much love from Capcom on the Resident Evil remastering front, it’s surprising that for this game the company will skip the Wii U in favor of every other system on the market.

Although it’s hewing close to the original game, this new version will have more than just a graphical update. You’ll be able to play the game in the original 4:3 aspect ratio, or a new 16:9 widescreen view. The original game’s clunky controls — often referred to now as “tank controls” — will be updated to be more like modern games (although if you’re feeling nostalgic you can switch back to the original controls in the options menu). The game will also have a more dynamic “sliding” camera, in place of the stationary camera of the original.

The question all this begs is this: Why remaster the game again, and why now? I have a theory. If you look at the sales figures and critical consensus of the recent numbered titles in the series, you’ll see a pattern — a pattern that Capcom doesn’t want to see continue as the series progresses.

For a while, it has seemed that Capcom doesn’t quite know what to do with the series. In the ’90s, it was a purely survival horror game (one of the first in the genre, in fact). The games have slowly become much more action-oriented. Resident Evil 4, widely considered the best in the series, is certainly scary, but it also gives you more ammunition and healing herbs, while offering more action set-pieces and creative boss fights. Resident Evil 5 continued this trend, with mostly positive results.

My theory is that Capcom isn’t quite sure what to do with the series now and is considering going back to the survival horror basics. A great way for the company to test the waters is to re-release the original Resident Evil with better graphics and play mechanics and see how people like it. If it does well, perhaps the next Resident Evil will be a return to form, and eschew action set-pieces in favor of chilling horror sequences. If that’s what Capcom is doing with this release, it seems like a smart move. Gamers just might be ready for a back-to-the-basics Resident Evil 7.