Why EBay’s Buying Opportunity Is Here and Now 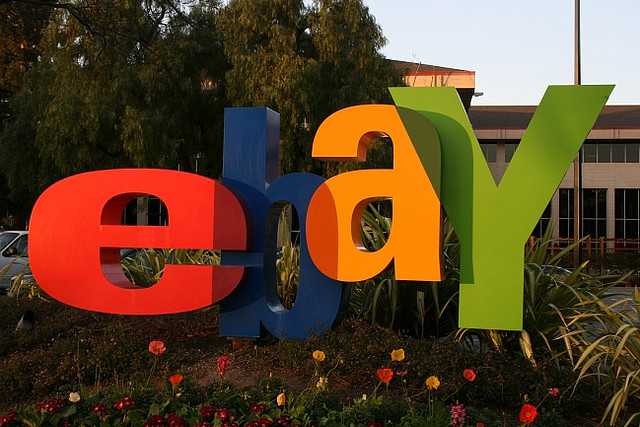 Investors have bid down shares of eBay (NASDAQ:EBAY) over the past two months. After peaking earlier this year at nearly $60 per share, the stock has fallen down to $50. The stock was bid up on investor enthusiasm stemming from Carl Icahn’s assertion that the company should spin off its PayPal business as a separate entity. Investors liked the idea, and they thought that Icahn’s reputation, his deep pockets, and his proclivity for activist investing meant that there was a greater chance that such a spinoff could take place.

However, the notion died down, especially since eBay came out and flatly rejected the idea. Management believes that the two companies are stronger together. Regardless of the point’s validity, investors were unhappy.

Then, about two weeks ago, eBay announced its first-quarter results. The company reported a loss due to a large tax-related write-down. However, if we exclude that onetime expense — as investors often do — the company reported strong sales and profit growth, and it bought back stock. What displeased investors was the company’s weak 2014 guidance.

If we couple these points with general weakness in growth stocks over the past few months, it is clear why eBay shares have fallen. Nevertheless, I think it might be time to consider taking a position in the world’s largest online auction provider, and in one of the world’s largest and profitable online marketplaces. Here’s why.

First, the company is growing is profits and revenues annually at more than 10 percent. Furthermore, the company’s PayPal division is growing faster than this, at nearly 20 percent, and it is about to eclipse the marketplace business as the leader in eBay’s portfolio. The fact that eBay’s fastest-growing business is a lower-margin business means that profits are growing slower than sales, but eventually these figures will converge. Thus, I think that we can see not just profit growth but acceleration of profit growth toward this 20 percent level from 11 percent in the most recent quarter.

I think a lot of analysts see this potential, as is evidenced in their profit projections for eBay. Analysts believe the company can earn $3.41 per share next year, and this means the stock is inexpensive at less than 15 times next year’s earnings. Even if the analysts are slightly optimistic, the valuation is still compelling considering the potential for growth in PayPal and in eBay’s overall profits.

Second, a lot of money is coming out of Amazon (NASDAQ:AMZN) right now. I suspect that several investors in Amazon have been enamored of its sales growth but discouraged by its lack of profit growth. This has sent Amazon shares down more than 25 percent for the year, and it look as if the decline can continue. This means that some investors who had money in the e-commerce space via Amazon shares are going to want to find a new home for this capital.

While there is a lot of buzz surrounding Alibaba and its upcoming IPO, I think this buzz will die down. The fact is that of all of the large cap e-commerce market leaders, only eBay is generating consistent profits that are growing. The business is turn-key in that eBay merely supplies the platform and collects money. It doesn’t have to ship items, accumulate or distribute inventory, or worry about competitors’ prices. It is a simple and elegant business model that serves consumers and businesses.

Third, the notion that eBay could spin off PayPal isn’t dead by any means: It is just out of the headlines for the time being. Thus, I think that any hint that Icahn is going to start to push for this spinoff or any hint that management has considered the possibility will engender interest in the shares again.

Ultimately, eBay is an excellent business that trades at a fairly reasonable valuation. It has potential catalysts going forward, as well. Given these points, I think that the selloff that began in March is presenting a buying opportunity.

Disclosure: Ben Kramer-Miller has no position in eBay or in any of the stocks mentioned in this article.