Why Google Glass Isn’t Catching On 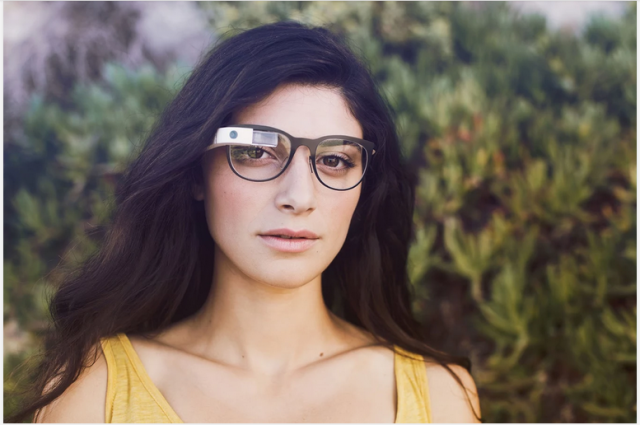 First consumers and now developers have lost interest in Google Glass, the wearable device that hasn’t quite lived up to its promise of making wearable computers ubiquitous. Reuters reports that while Google co-founder Sergey Brin arrived at a Silicon Valley red carpet event without his omnipresent Google Glass — which he told a reporter that he left in the car — Brin hasn’t given up on the technology, and in fact recently wore it to the beach. But Brin’s appearance without his Google Glass comes as developers and early Glass users are losing interest in the wearable.

TechCrunch reports that 18 months after Google Executive Chairman Eric Schmidt said that having to speak to Glass out loud was “the weirdest thing” and that there are “places where Google Glass are inappropriate,” it looks as if Google Glass will go the way of the Segway: An innovation originally hailed as a revolution but in reality a gadget that would eventually be relegated to warehouse workers and mall cops.

The $1,500 test version of the device includes a camera, processor, and computer screen mounted to the back of the eyeglass frame. The Explorer Edition is still the only version available for purchase, as Google has pushed back the rollout of a mass market edition. Worse still, nine out of 16 app developers contacted by Reuters said that they had stopped work on their apps for Glass or abandoned them altogether due to the lack of potential customers or the technical limitations of the device itself.

Three more of those 16 developers reported that they have shifted their focus to developing apps for enterprise, instead of for the general consumer. That seems to be the most compelling direction for Google Glass, an expensive device that’s regarded as too nerdy — and too apt to undermine normal social interaction — even by avid tech enthusiasts.

While there are nearly 100 apps listed on Google Glass’s official site, including major names like Facebook and OpenTable, Reuters reports that Twitter recently pulled its app for the wearable. Tom Frencel, chief executive of Little Guy Games, told Reuters: “If there was 200 million Google Glasses sold, it would be a different perspective. There’s no market at this point.” Frencel’s company put the development of a Glass game on hold this year and is instead investigating other platforms, including the Oculus Rift virtual reality headset.

Reuters also notes that several Google employees who have played an integral part in the development of Glass have left the company in the past six months, including lead developer Babak Parviz, electrical engineering chief Adrian Wong, and director of developer relations Ossama Alami. Additionally, the Glass Collective, a funding consortium of Google Ventures, Kleiner Perkins Caufield & Byers,  and Andreessen Horowitz reportedly invested in only three or four startups, then deleted its website.

Google itself is still committed to the project, with hundreds of engineers and executives involved and tens of thousands of users in the pilot program. Chris O’Neill, Glass head of business operations, told Reuters that the company is “completely energized and as energized as ever about the opportunity that wearables and Glass in particular represent.”

However, while O’Neill added that “We are as committed as ever to a consumer launch,” he said, “That is going to take time and we are not going to launch this product until it’s absolutely ready.” Brin himself had predicted that Google Glass would launch as a consumer product in 2014, but a source told Reuters that a date in 2015 is the more likely target.

Google called the first Glass users “Explorers,” but as these users wore Google Glass, the device drew stares, jokes, and hostility, and also raised questions about potential privacy intrusion of a device that could easily record a video or take a photo. Consumers think that the glasses are nerdy and awkward, and the selection of frames offered seems to have done little to help.

Many developers are under the impression that Google still regards Glass as an experiment, and Matthew Milan, founder of Normative Design, told Reuters, “It’s not a big enough platform to play on seriously.” Glu Mobile was one of the first to launch a game on Glass but has now discontinued work on Spellista, which it released a year ago.

Some developers, and Google itself, have pivoted to the potential business applications of Glass. Under its Glass at Work program, Google works with “Glass Certified Partners” to create apps specifically for uses in industries like health care, security, or manufacturing. Google lists 10 partners on its website, and the program so far has resulted in apps being tested or used by companies like Boeing and Taco Bell. Google also sells Glass in bulk to some businesses, reportedly offering two-for-one discounts.

Alex Foster of See Through, a Glass advertising analytics firm, told Reuters, “All of the consumer glass startups are either completely dead or have pivoted,” either to enterprise apps or to other wearables. Even though Google still plans a consumer launch, it seems that the wearable won’t gather a large user base of general consumers.

As the initial excitement over the wearable, which was first made available to developers in 2012, has faded, consumers have realized the limitations of the device, such as the necessity of speaking out loud to the device. Additionally, each successive bar fight that breaks out because of it or movie theater that bans it is another obstacle to widespread consumer adoption.

Instead, it looks as though enterprise applications will be the future of Google Glass. Meanwhile, developers are weighing the tradeoffs of devoting time and resources to creating apps for the wearable; for many, the only investments that look like they could pay off are enterprise apps.

While a shift of activity to enterprise apps will be a good thing for businesses interested in implementing Google Glass for their workforce, it will likely only perpetuate the cycle that drives consumers away: One of the (several) reasons that consumers aren’t interested in Google Glass is because it lacks apps. They don’t buy Glass, and developers decide not to create consumer apps because Glass lacks a strong user base. For that reason alone, it seems that Glass should hope for a future with business customers, not with the average tech-savvy consumer whom Google originally targeted with the wearable.

Developers, for many logical reasons, don’t like to spend time creating apps for devices that aren’t popular or don’t have the potential to become popular. As it becomes apparent that the average person — the regular consumer — isn’t interested in Google Glass, developers are right to look to business applications of the device or to other wearables altogether.